The Madras Labour Union, founded in April 1918, is the first organized labour union in India. May Day was first celebrated in India in Napier's Park, Madras, in 1923. These are well-attested facts in the histories of the labour movement in India. There was, however, no coherent account of the labour movement in Madras until D. Veeraraghavan's seminal study, The Making of the Madras Working Class.

Covering the period 1918–1939, this work is based on an exhaustive study of the voluminous documents in the colonial archive lodged in the Tamilnadu Archives, Chennai, supplemented by research in the National Archives of India. The author also makes extensive use of contemporary newspapers. He unearthed the Swadharma, the first periodical exclusively devoted to labour issues in India, and exploited to the full his access to leading labour and communist leaders including G. Selvapathy Chetty, C.S. Subramanyam, P. Ramamurthy, V.P. Chintan, K. Murugesan, Gajapathy, and others. This book is an indispensable record of their experiences.

The present study surveys the industrial development in the city, and examines the origins of the working class, its structure, and the working and living conditions of the workers. It describes some of the forms of protest and resistance during the early phases of industrialization and discusses struggles that took place prior to the founding of the Madras Labour Union in 1918. The contributions of the leaders of the Home Rule and Non-Cooperation Movements are analyzed, as well as the disunity and unrest in the ranks of the workers. The period from 1922 through 1933 was one of ebb and quiescence for the labour movement. A revival of trade union activity took place after 1924, stimulated by the enactment of the Indian Trade Union Act and under the impact of the Great Depression. During 1933–1937, the left forces were strengthened by the merging of three streams of radicalism in Madras, namely, the Self Respect Movement, the Congress Socialist Party and the communist movement. At the same time, the labour movement was affected by constitutionalism stimulated by the constitutional reforms introduced by the British Government. The study concludes with the period of the first Congress Government in Madras Presidency from July 1937 to October 1939, which was marked by a tremendous upsurge in militant working-class activity.

The sheer documentary foundation on which this book is based alone makes it worthwhile and it is sure to become a standard reference work in the area of labour studies, the history of Madras, and the left movement. 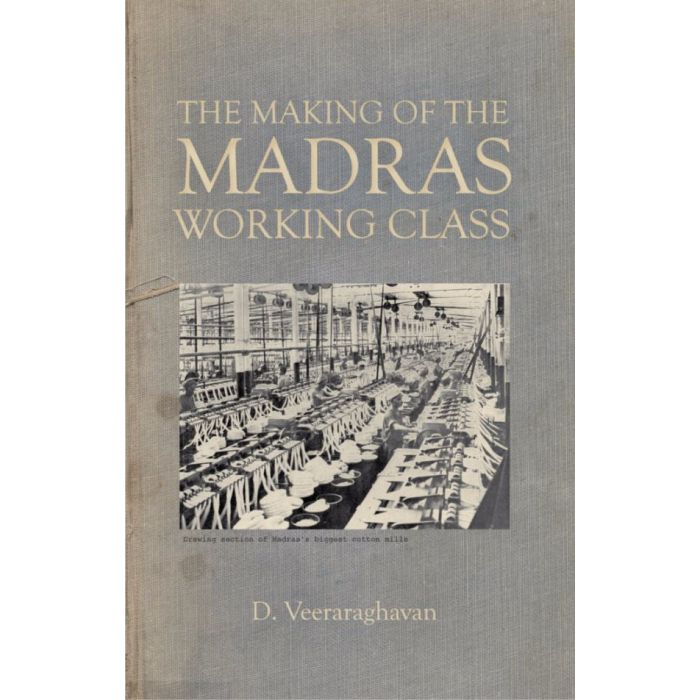 A remarkable achievement, providing reams of documentary evidence … painting a detailed portrait of the life of workers in colonial Madras, and placing labour history in the broader context of the freedom movement. … Full of interesting insights.