A Biography of the Short-Lived Third World

"At a time when the politicians and ideologues of the Washington Consensus appeal to former colonies to free themselves from history, Vijay Prashad stubbornly carries on, recalling a past without which it is impossible to understand the present."— Tariq Ali

"The Third World was not a place," argues Vijay Prashad. "It was a project."

This book is a paradigm-shifting history of both a utopian concept and global movement — the idea of the Third World. The Darker Nations traces the intellectual origins and the political history of the attempt to knit together the world's impoverished countries in opposition to the United States and Soviet spheres of influence in the decades following World War II, as nation after nation across Asia, Africa and South America gained political independence from colonial rule.

Traversing continents, Vijay Prashad's fascinating narrative takes us from the birth of postcolonial nations after World War II to the downfall and corruption of nationalist regimes. A breakthrough book of cutting-edge scholarship, it includes vivid portraits of Third World giants like Jawaharlal Nehru, Egypt's Nasser, and Indonesia's Sukarno — as well as scores of extraordinary but now-forgotten intellectuals, artists, and freedom fighters.

The Darker Nations restores to memory the vibrant though flawed idea of the Third World, whose demise, Prashad ultimately argues, has produced a much impoverished international political arena. 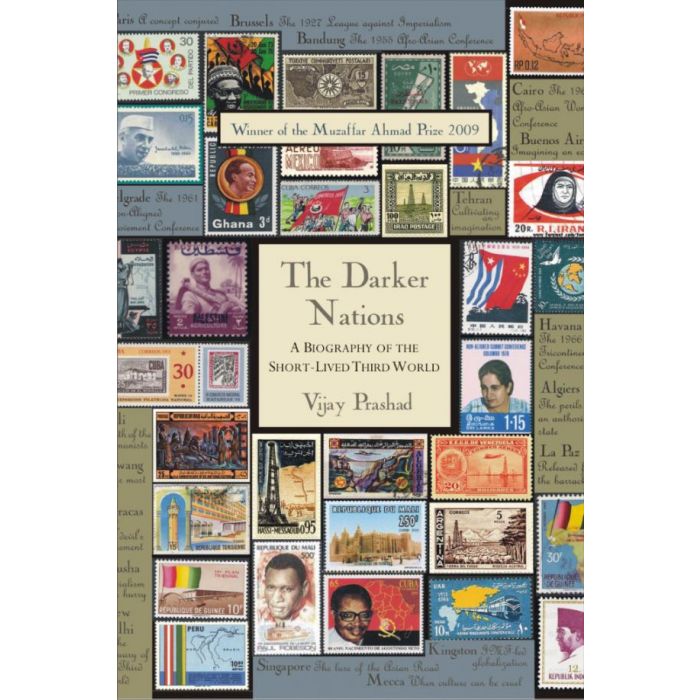 The book alerts us to the intimate details of both the aspirations that set the Third World idea going and the cupidities that brought it to ground.

Based on prodigious research, this ambitious and wide-ranging book presents a fascinating account of the Third World, its rise and fall. Prashad's study represents issue-based international history at its best. He weaves together the tale of Third World politics with stories about personalities, problems of revolution and social change, ideological tensions and people's aspirations.