‘The drama unfolds with all the poetry and eclecticism of a Bob Dylan song’—Publisher’s Weekly
INR 550.00
In stock
SKU
LWB436

Carpentaria starts before time begins. It offers a portrait of a fictional town called Desperance in the Gulf country of north-western Queensland, where whites have pushed the Aboriginal people to the margins. This is where the protagonists, Norm Phantom and Angel Day, live. And their lives are larger than life. They are, at once, the Gulliver to the Government Giants, and they also are the Queen of Night and the King of the Ocean, powerful spirits that entire towns and seas cannot hold down. Norm seduces all the fish in all the oceans, and no man who could resist Angel’s charms has ever lived.Then there’s the mayor, Stan Bruiser, a bigot capable of limitless brutality, with the credo: ‘If you can’t use it, eat it, or fuck it, then it’s no bloody use to you.’ He abets the entry of the mining company that turns the earth upside down and inside out, bringing out ancient spirits buried with the ore, which then threaten to wipe out the silly town from the face of earth.

Wright’s storytelling is operatic and surreal: a blend of myth and scripture, farce and politics.

Alexis Wright is a member of the Waanyi nation of the southern highlands of the Gulf of Carpentaria. Her books include Plains of Promise (1997), Grog War (2009), The Swan Book (2013). Her second novel Carpentaria (2006), published by Navayana, was the winner of the 2007 Miles Franklin Award, the highest literary award in Australia. Her latest novel The Swan Book (2013) was awarded the 2014 Australian Literature Society Gold Medal. She lives in Melbourne with her partner Anatoly Sawenko and has two daughters. 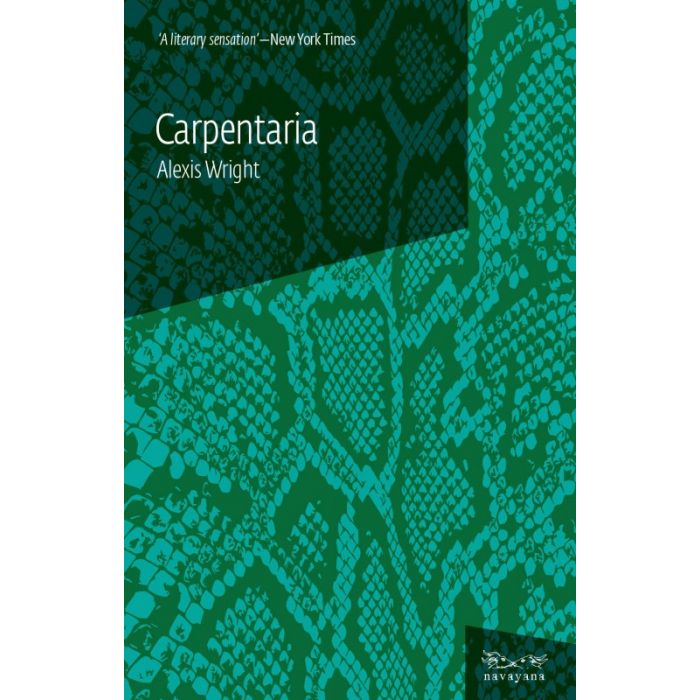