Can the Working Class Change the World?

One of the horrors of the capitalist system is that slave labor, which was central to the formation and growth of capitalism itself, is still fully able to coexist alongside wage labor. But, as Karl Marx pointed out, it is the fact of being paid for one’s work that validates capitalism as a viable socio-economic structure. Beneath this veil of “free commerce”—where workers are paid only for a portion of their workday, and buyers and sellers in the marketplace face each other as “equals”—lies a foundation of immense inequality. Yet workers have always rebelled. They’ve organized unions, struck, picketed, boycotted, formed political organizations and parties—sometimes they have actually won and improved their lives. But, Marx argued, because capitalism is the apotheosis of class society, it must be the last class society: it must, therefore, be destroyed. And only the working class, said Marx, is capable of doing that.
INR 250.00
In stock
SKU
LWB447
In his timely and innovative book, Michael D. Yates asks if the working class can, indeed, change the world. Deftly factoring in such contemporary elements as sharp changes in the rise of identity politics and the nature of work, itself, Yates wonders if there can, in fact, be a thing called the working class. If so, how might it overcome inherent divisions of gender, race, ethnicity, religion, location—to become a cohesive and radical force for change? Forcefully and without illusions, Yates supports his arguments with relevant, clearly explained data, historical examples, and his own personal experiences. This book is a sophisticated and prescient understanding of the working class, and what all of us might do to change the world.

SOCIALISM | LABOUR STUDIES |
Skip to the end of the images gallery 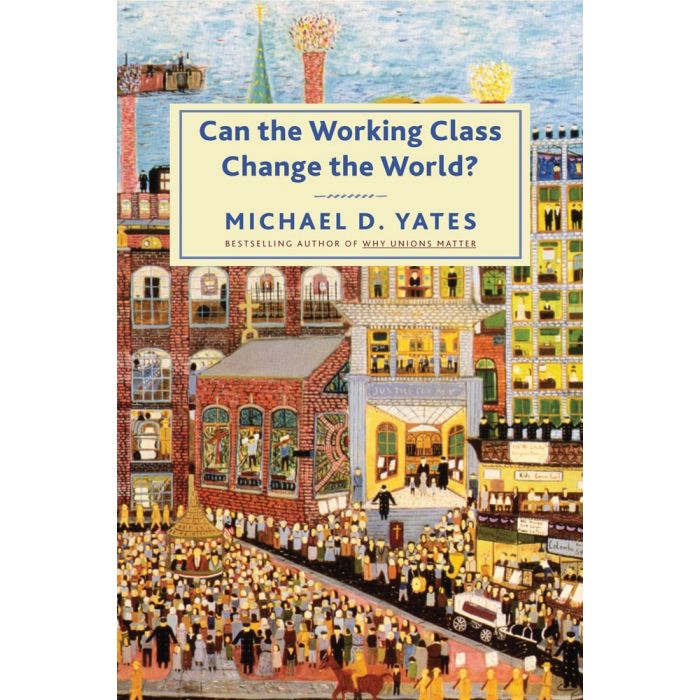