The task of a communist manifesto has always been to expose the untruth of anti-utopia, of the proclamation that “there was history, but there is no more.” It reveals the actual possibility of barbarei—the immanent dystopia in “the present state of things,” and it bears witness to the “spectre” or utopia that the anti-utopians seek to exorcise, and that, as Brecht tells us, “speaks in many tongues”, while “in many it holds its tongue.”

What Bertolt Brecht endeavoured to do in his unfinished attempt to versify the Communist Manifesto was, as Darko Suvin puts, to deautomatise it, saving the key lessons from its formal ossification and ritualisation in political and theoretical practices of the mainstreamed left, while smuggling in “new questions”. In Brecht’s own words, he wanted to “renew the propagandistic efficacy” of the Communist Manifesto and “to lend it new, fortified
authority.”

Darko Suvin, a prominent Marxist scholar andpoet born in erstwhile Yugoslavia, has contributed immensely in the field of Marxist literary theory and aesthetics. He has engaged with the question of transformatory politics in all his endeavours. He is Professor Emeritus of McGill University, He has published 26 books on Literature, Dramaturgy, Culture, and Political Epistemology, as well as poetry. 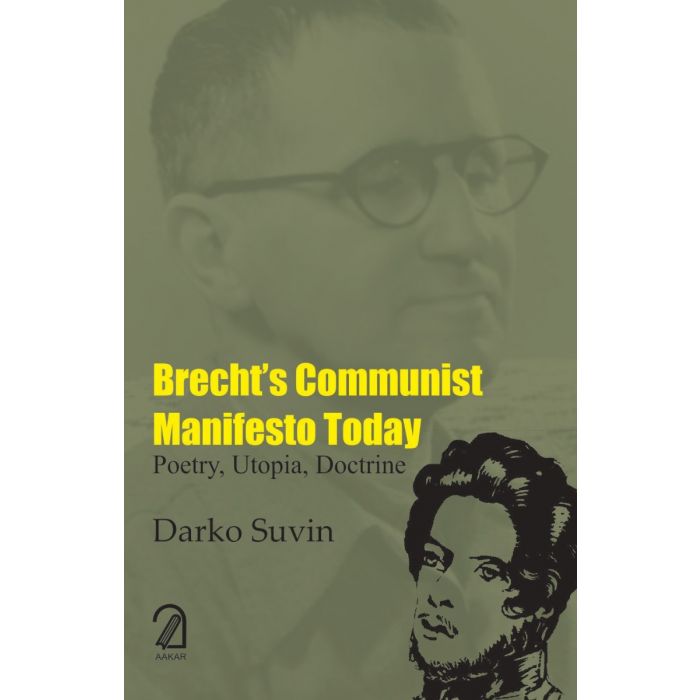