Bolshevism, Syndicalism and the General Strike

The third and final volume of Kevin Morgan's widely acclaimed series 'Bolshevism and the British Left' centres around the figure of Alf Purcell (1872-1935), who between the wars was one of the leading personalities in the British and international labour movement. A long-term member of the TUC General Council, Purcell became chairman of the general strike committee in 1926 – and this could have been his hour of glory. But when it was called off ignominiously he experienced the obloquy of defeat. Purcell was most famous as one of TUC 'lefts' of the 1920s. But he was also Labour MP for both the Forest of Dean and Coventry, as well as being the founder of a working guild in the spirit of guild socialism, the controversial president of the International Federation of Trade Unions and the man who moved the formation of the British communist party. A sometime syndicalist and associate of Tom Mann, his experiences in the militant Furnishing Trades gave rise to the uncompromising trade-union internationalism which features so centrally in these chapters. But with the squeezing of his syndicalist approach, as the labour movement polarised into Labour and communist currents, Purcell died a politically broken figure.

Morgan also deploys the life of Purcell as a biographical lens, a way of exploring wider controversies – among them the rival modernities of Bolshevism and Americanism; the reactions to Bolshevism of anarchists like Emma Goldman (who called Purcell 'that damn fake'); and the roots of political tourism to the USSR in the British labour delegations in which Purcell featured so prominently. The volume also includes a major challenge to existing interpretations of the general strike, which it compellingly presents, not as the last fling of the syndicalists, but as a first and disastrously ill-conceived imposition of social-democratic centralism by Ernest Bevin.

Kevin Morgan is Professor of Politics and Contemporary History at the University of Manchester. He is the author of many books on labour movement history, including the Bolshevism and the British Left series; he is co-editor of Twentieth Century Communism: A journal of international history. 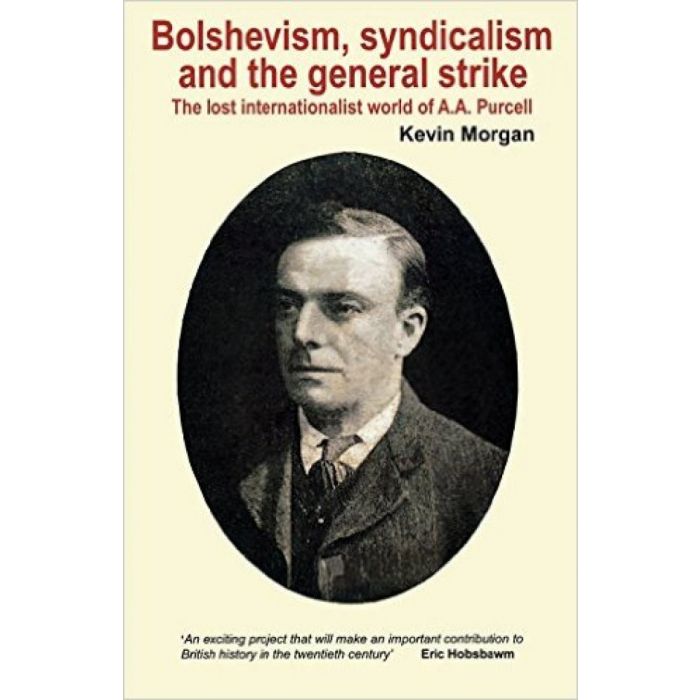 An exciting project that will make an important contribution to British history in the twentieth century.