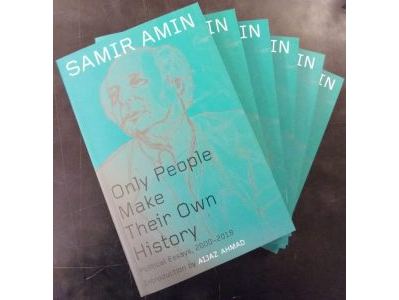 We have published 9 titles in 2018 and there are more titles in our schedule for this year. For a brief review of our books this year, the reviews that our books received, their excerpts from various publications, interviews of our authors and events around our books, you can read our blog on our books in 2018. Recently, we published two new titles. Here's a quick information about these titles:

1. Truth Will Prevail: Why I Have Been Condemned 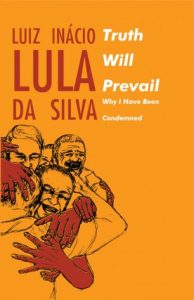 After serving as president of Brazil from 2003 to 2011, and on the verge of starting his candidacy for the 2018 election (which he was favoured to win), Lula was arrested and sentenced to 12 years in prison, convicted of "passive corruption".

The champion of a national movement that united the middle class and working class in what came to be known as "Lulism", Lula was Brazil's first working-class president; the first president to have no university degree; the only president to democratically complete two terms in office; and the only elected president followed by a successor who was also elected by direct popular vote. In public opinion polls, he is recognized by 50% of the population as the best president Brazil has ever had. Backed by organized labour, Lulism confronted issues of mass poverty.

What does he stand for? Why did the Worker's Party lose power after the re-election of Dilma Rousseff? What now for Lula, and Brazil? In Truth Will Prevail, Lula discusses his vision in detail. The book is available here.

Samir Amin's primary concern as an economist is the form that imperialism takes in the last hundred years—driven at first by capitalist monopolies and later by what he calls generalized monopolies of the imperialist Triad (United States, Europe and Japan). He shows how this new system not only amplifies capital accumulation, and thereby world poverty and pauperization, but also how it gives rise to fascism. Originally written for Monthly Review, the essays selected for this volume provide the most fundamental coordinates of Samir Amin's thoughts in the last decades of his life. His range is wide, moving from Chinese socialism to political Islam, from the weakened political power of the working class and peasantry in the world and the potential for a revived political movement towards socialism. The book is available here.