The Journey of ‘Halla Bol: The Death and Life of Safdar Hashmi’, Part 3 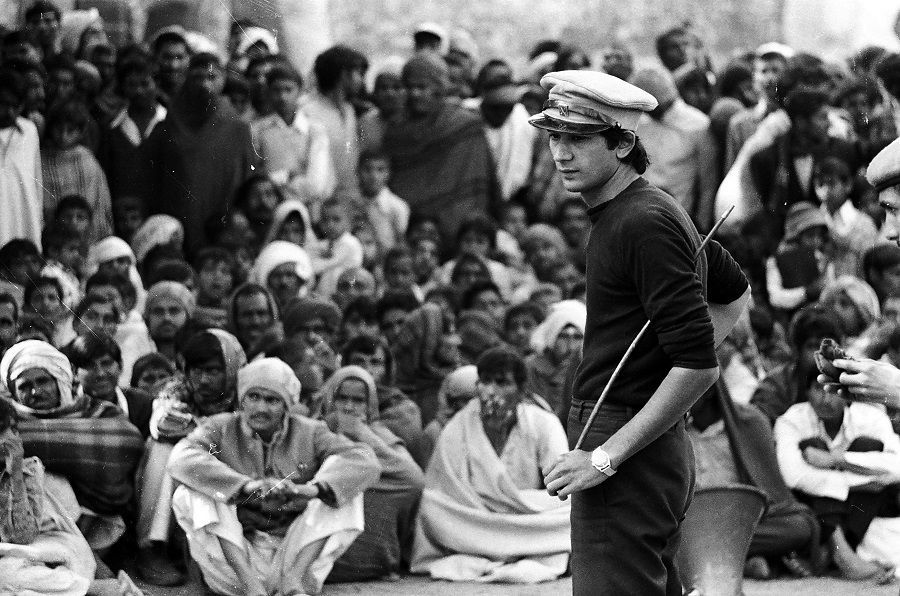 As he lay agonising over the nearly-finished manuscript, Sudhanva would share, every now and then, nuggets from the Janam photo archive.

More from my forthcoming book on Safdar Hashmi. The first time Jana Natya Manch attempted to make a play on caste was in 1982. Even though the play itself didn’t materialise, reading notes from the discussion, going through the plan of the play, and reading the fragments of scenes that survive has been instructive. The two sharpest comments come from someone called Ravi, who nobody seems to be able to identify any more, and from Manish Manocha. Ravi cautions against the use of the term Harijan and says use Dalit instead, and, in addition to other insights, he brings up Jotirao Phule, who was, back then, an almost unknown figure in north India. Manish’s comment is also sharp – to critique caste, he says, is to critique religion. This is close to Dr B.R. Ambedkar’s position, which is that there is nothing called Hinduism if you take away caste. And everywhere, Safdar’s doodles peep out, keeping an eye on me, making sure I stay on track. 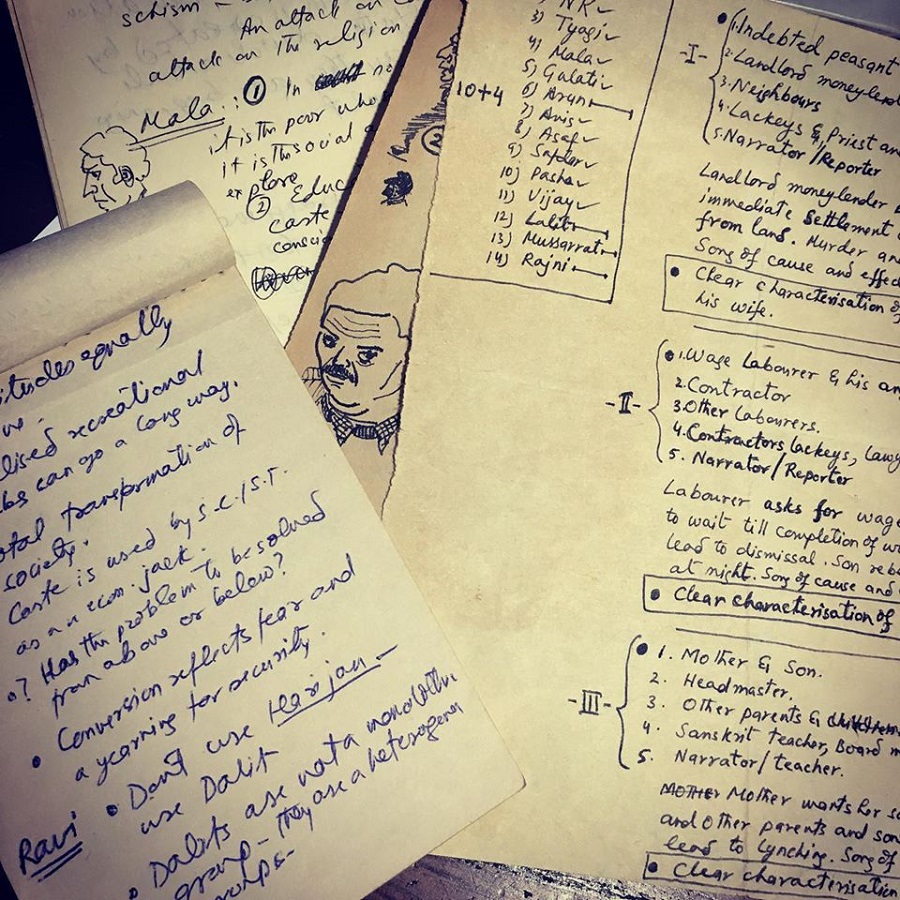 Friends have been asking about the progress of my book on Safdar Hashmi. Well, here it is. 43.5k words done, and another maybe 15-20k to go. My ambition is to write a slim book in simple language and with a compelling narrative. All three, easier said than done. As Javed Akhtar says in a video that’s doing the rounds on social media (the one with @azmishabana18, where they both speak about their poet fathers), मुश्किल ज़बान में लिखना आसान है, पर आसान ज़बान में लिखना मुश्किल (It is easy to write in difficult language, but difficult to write simply). Well, I’m trying. 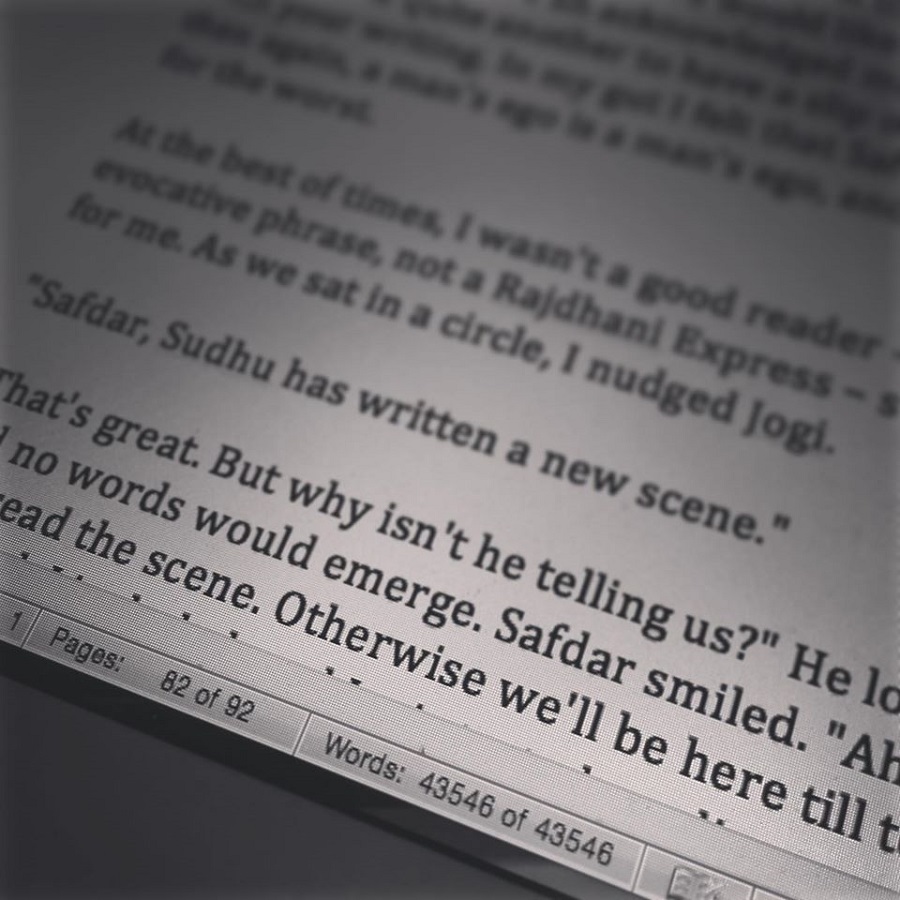 Many people ask for the script of Janam’s classic street play, Aurat. Here it is. Read, download, share, forward.

One of the people I speak about, briefly, in my forthcoming book on Safdar Hashmi is Comrade Major Jaipal Singh, whose extraordinary life is the stuff of movies. An officer in the British Indian army, he was attracted to the Freedom Struggle. In 1942, he spread the message of the Quit India Movement among army personnel, and in 1946, when he was posted in Assam, he exposed British conspiracies against Nehru. He was exposed, and, faced with the prospect of a court-martial, which would surely have resulted in his execution; he went underground. While underground, he trained revolutionaries in places as widely apart as Assam and Pondicherry. He became one of the main military commanders of the legendary Telangana peasants’ armed uprising against the feudal rulers and the colonial state. After Independence, he surrendered to the army authorities. Instead of feting him as a hero, they imprisoned him in Fort William in Calcutta. After an year’s imprisonment, he escaped. He was again imprisoned the night that the Emergency was declared. When he died suddenly at Vijaywada in January 1982, thousands of peasants poured in from all over Telangana to pay tribute to their hero. Comrade Major, by all accounts, was a simple, warm-hearted, and humble man, who won the affection of everybody who came in contact with him. This photo is from the rally against the Industrial Relations Bill in 1978. In this photo, you can see Comrade Major (circled) with Comrade Sitaram Yechury, Pushi (P.M.S. Grewal), Sohail Hashmi, and Shashwati Majumdar, among others. I regret that I never met Comrade Major.

PS: Happy to report that I’m past 50k words. 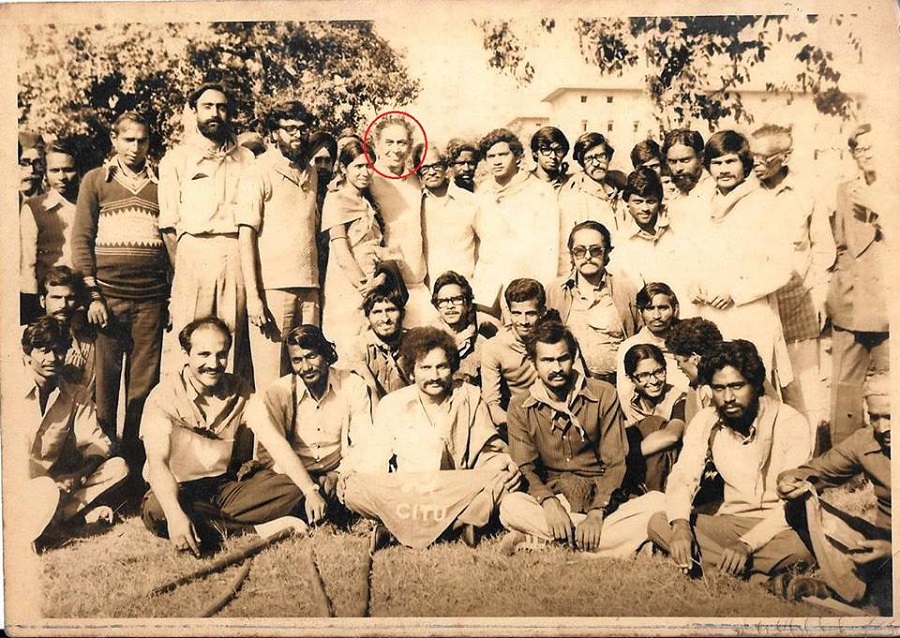 #done. I’ve finished the first draft of my book on Safdar Hashmi (about 82k words, minus acknowledgements, etc.) and it is now being edited by Nazeef Mollah and Vijay Prashad. LeftWord Books will publish the Hindi as well, rendered by the finest English to Hindi translator in the business, the social media-shy Yogender Dutt, and edited by Shipra Kiran. Bharathi Puthakalayam will publish the Tamil, translated by renowned author and theatre director Mangai Arasu while Navatelangana will do the Telugu. We will release the English and Hindi on January 1, 2020, the 31st anniversary of the attack that resulted in the deaths of Safdar Hashmi and Ram Bahadur. The book is titled ‘Halla Bol: The Death, and the Life, of Safdar Hashmi’. Can’t wait to see what Sherna Dastur does with the design, both inside, and on the cover. 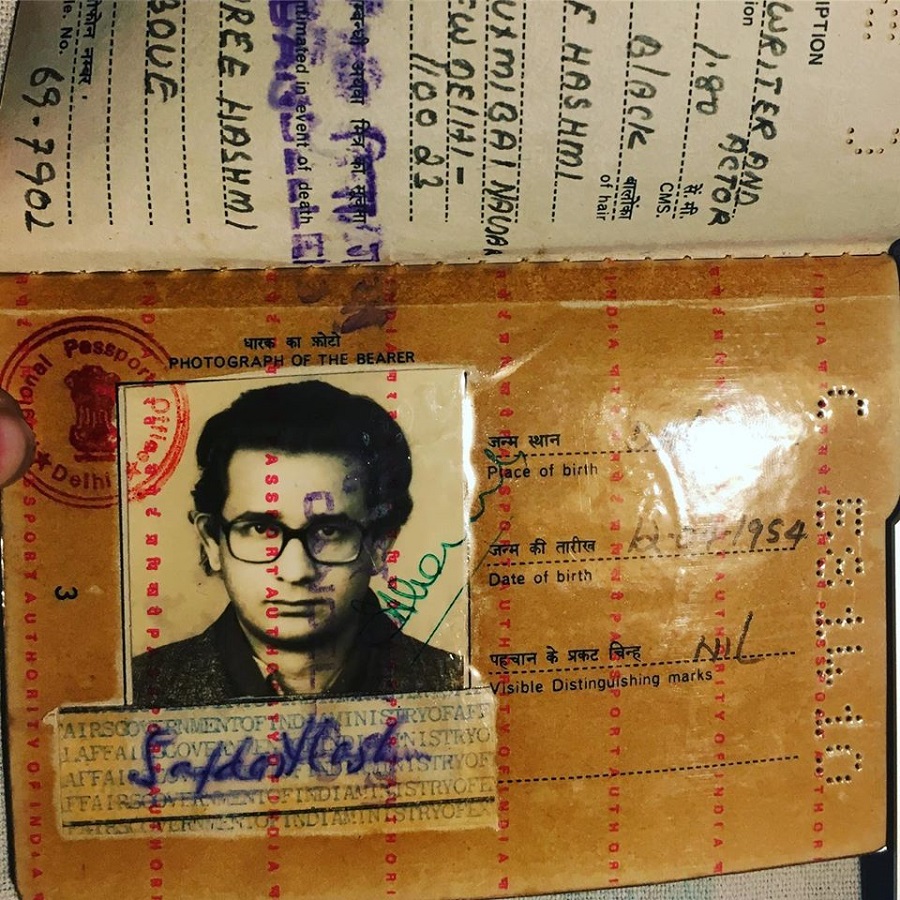 [Post by Vijay Prashad:] Over the last few days, I’ve been reading the manuscript by my closest comrade and friend Sudhanva Deshpande called Halla Bol: The Death, and the Life, of Safdar Hashmi. It will be released on January 1, 2020, in Jhandapur, the same place where our beloved comrade of the Communist Party of India (Marxist), Safdar, was assassinated in 1989 – an unbelievable thirty years ago.

I can’t say that I am editing the book, because there is so little for me to do. I have edited scores of books, most of them for LeftWord Books – which will publish Sudhanva’s account; but those books I had to work on, find a narrative arc, produce a sensibility. This one has been written from the heart and the head, written with a full appreciation of the times and the man, of the context that produced Safdar and the context that he produced in turn.

Reading this book is also a flashback – memories of those times, on the edge of history before liberalisation when we thought other roads were possible, when we felt – particularly those of us in Bengal (which Safdar knew from his work at the Information Bureau) – that we were on a different path after 1977. Then, the Congress eagerly walked into neo-liberalism, Hindutva bared its fangs, Safdar was killed, the USSR collapsed … What a long journey from those days to now. (I had written about that collapse of that horizon in Social Scientist in 1996 in an essay called ‘Emergency Assessments’ – god, that was itself almost a quarter-century ago …).

I can’t wait for us to release this book – both in Hindi and English, as well as in a list of other languages (including Tamil by the great theatrewalla Mangai Arasu for Bharathi Puthakalayam). Just a few months to go …

(This is a picture of Sudhu taken by Safdar in 1988; he is wearing the same jacket that he wore on the day that Jana Natya Manch was attacked, and when Ram Bahadur and Safdar were killed.) 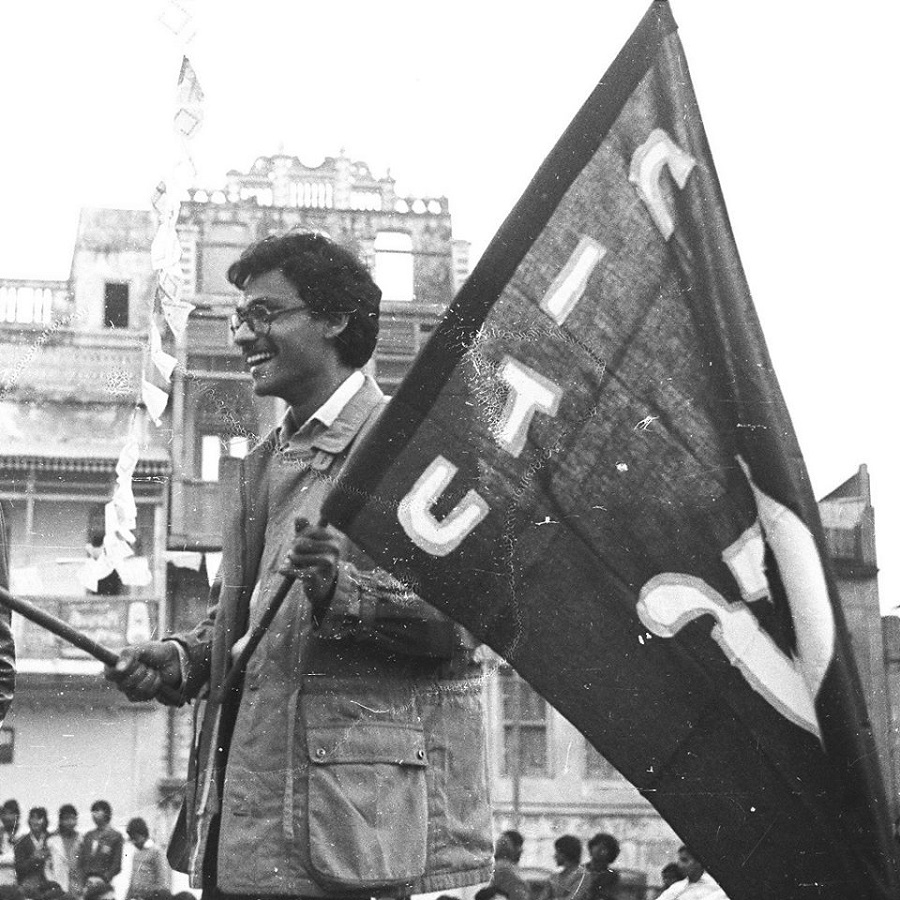 My book on Safdar Hashmi is moving to the design stage. Going through the rich photographic archive of Janam is such a delight. Here is Safdar as a teenager. Love the gentle, optimistic, seeking expression. And the kindly eyes. 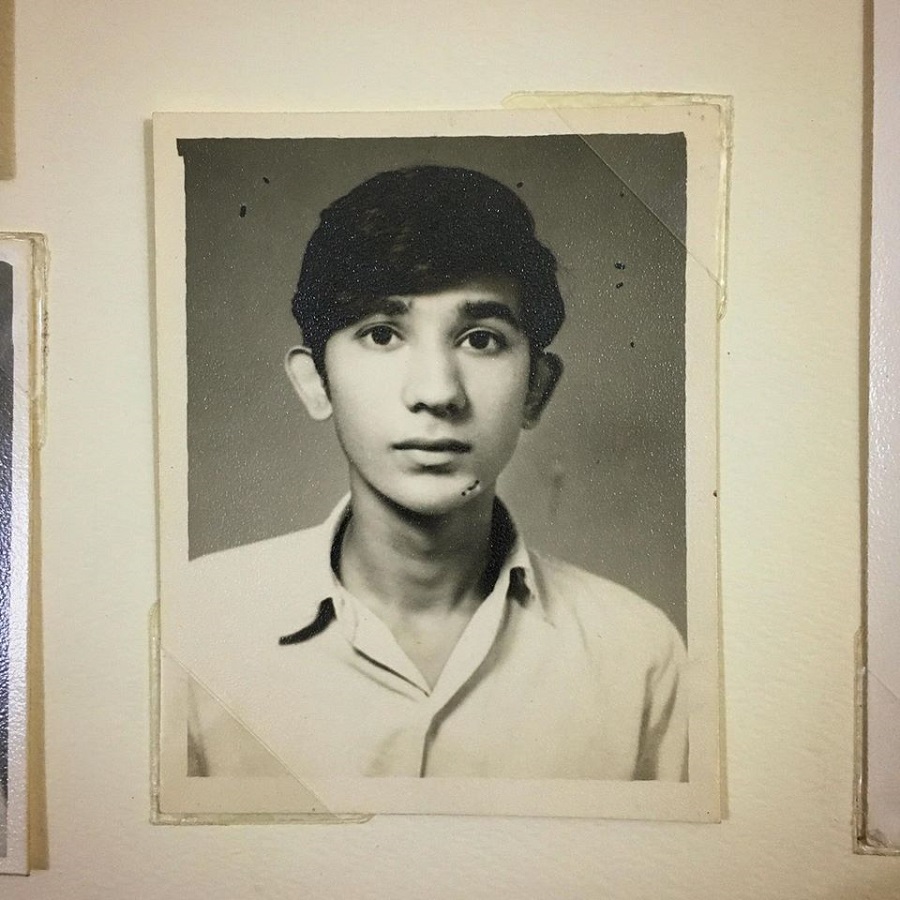 Looking through photos for my book on Safdar Hashmi I came across this gem. This is on January 1, 1991, two years after Safdar’s death, at the Safdar Hashmi Memorial on Safdar Hashmi Marg in Delhi. Janam theatre is performing मत बाँटो इंसान को, our play against the Hindutva campaign to demolish Babri Masjid. Moloyashree Hashmi and Jogi Mallang sing while a dashing Astad Deboo looks on from behind his cool shades. Photo by P. Sainath. 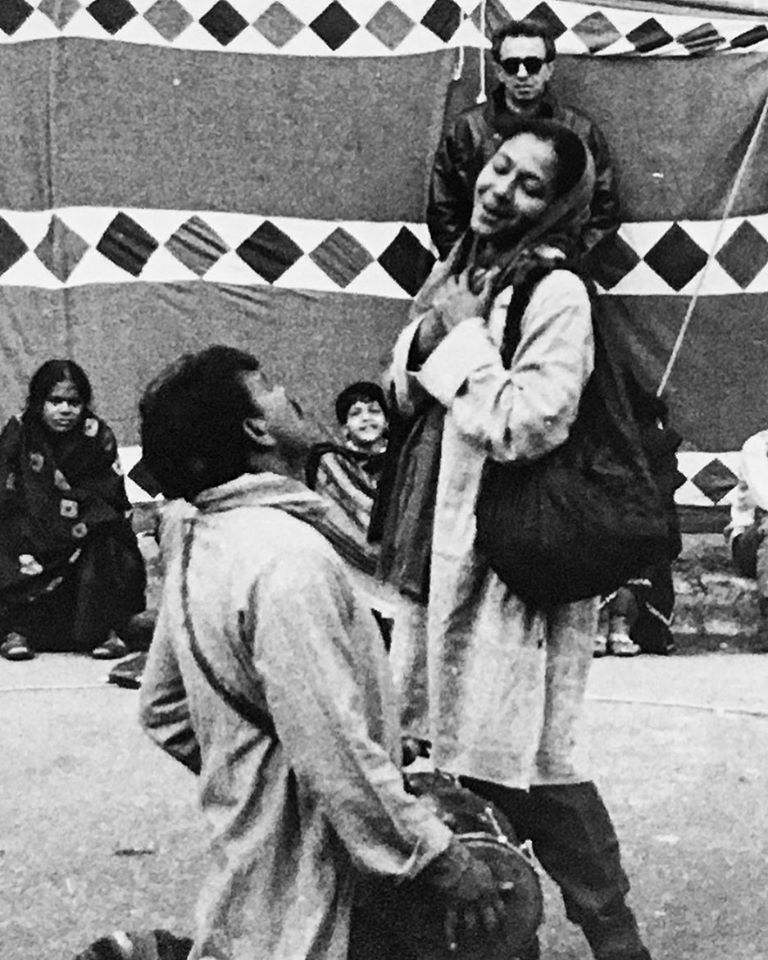 One of the great joys of working on my book on Safdar Hashmi is to look through literally thousands of photos. Safdar was the type of person who is good at everything they do, because they do everything with seriousness of intent and great care. He would often photograph people close to him. This delightful photo has his mother, Qamar Azad, fondly called Ammaji by all, with his niece Sania Hashmi. Enjoy! … The book is out in January, in Hindi and English, from LeftWord Books. 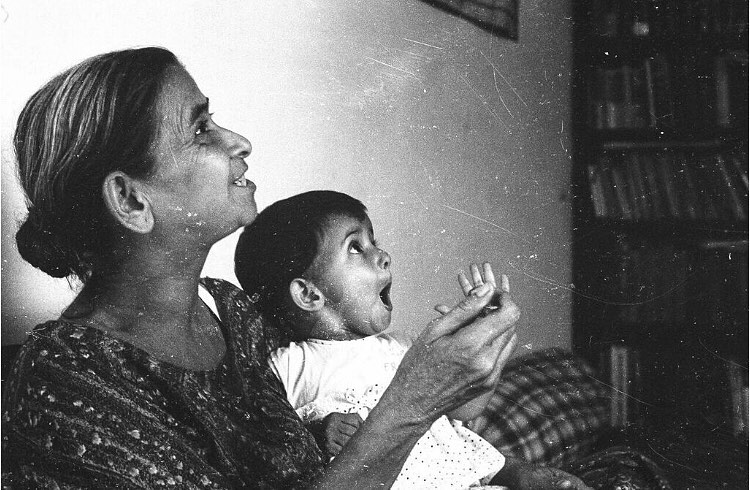 More from my forthcoming book on Safdar Hashmi. One of the people he admired the most in theatre was M.K. Raina. They saw each other’s plays, critiqued each other’s work, always wanted to work together, but never did. Raina would criticise the visual sameness of street theatre, a point Safdar would concede. ‘It’s all about space,’ Raina would say. ‘You have to break the space.’ Safdar wanted Raina to direct Bertolt Brecht’s Mother with Janam, which Raina did, in 1990, the year after Safdar’s death. That was a proscenium production, with Moloyashree Hashmi in the titular role. Raina still talks about doing something new in street theatre – and we in Jana Natya Manch are looking forward. Hopefully, we’ll work together again, not too far in the future! 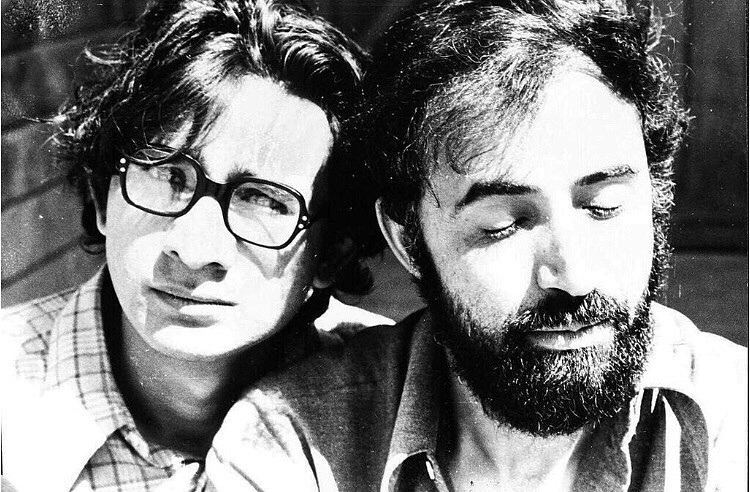 I posted a photo of M.K. Raina and Safdar Hashmi yesterday. Here’s an example of how their friendship mutually enriched them. Safdar got Raina to contribute to the Students Federation of India’s journal, Students’ Struggle, in 1983. When, around the same time, Safdar and N.K. Sharma interviewed the theatre legend Peter Brook, Raina helped them prepare the questions. That interview appeared in The Right to Perform, a selection of Safdar’s writings, brought out by Sahmat right after Safdar’s death. 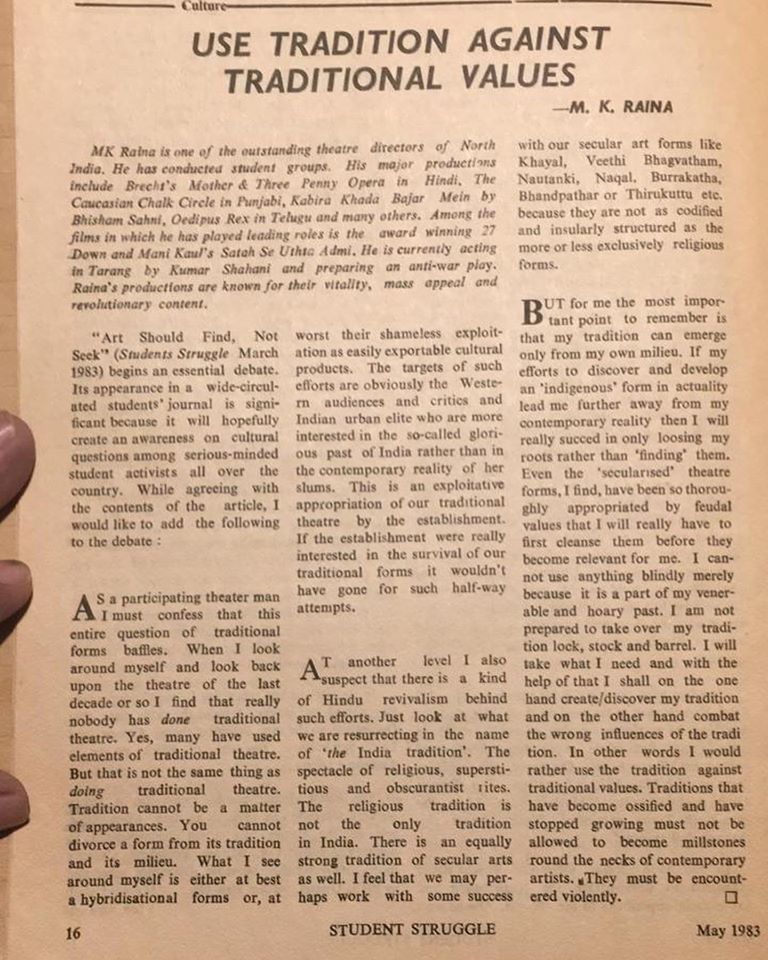 [A post from when Sudhanva was trying to organise his thoughts for the book. Luckily, he didn’t allow such thoughts to keep him procrastinating further!]

A useless epiphany of no consequence. The very design of the French press is the nostalgic craving of the petty bourgeoisie for a more leisurely indulgence against the industrial hurry of the proletarian espresso machine. 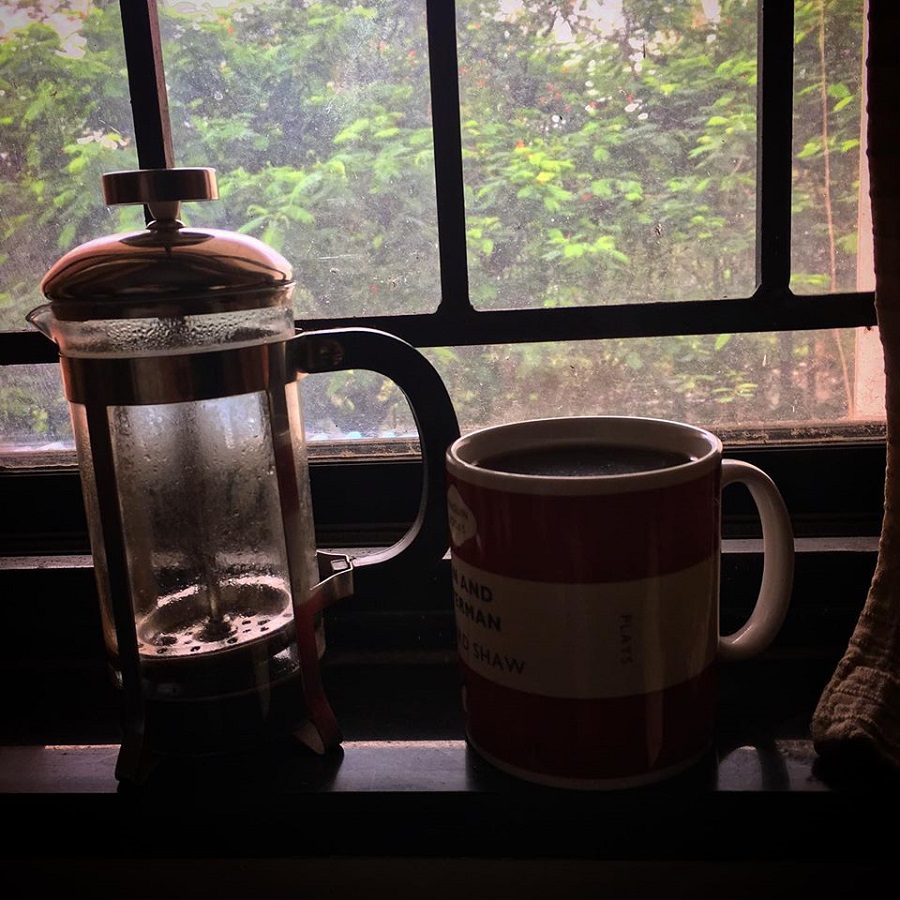