The Wretchedness of Caste – Ambedkar, Fanon, and the Blocked Indian Revolution, part one by Vijay Prashad 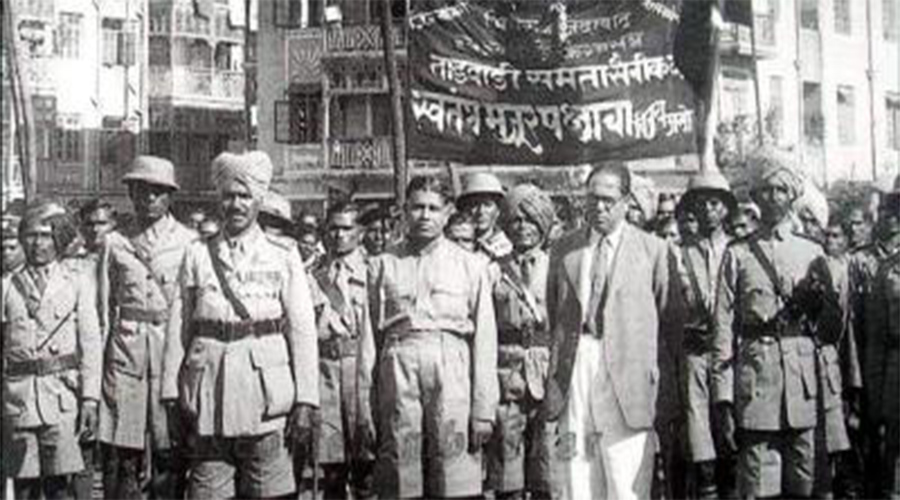 This is part one of a three-part blog post. Read also part two and part three.

Caste, like race, is wretched. It denigrates the human being, reduces people to inferiority and to cheaper labour. Caste, unlike race, predates the colonial era. It is a wretchedness that comes out of older histories. One sees the caste system sharply in India, but this kind of rigid, birth-derived hierarchy can be found in most cultures, from the mibunsei system in Japan to the osu system in today’s Nigeria and Cameroon. This caste system, often with an untouchable at its base (in Korea it is the baekjeong), is an indigenous product of the brutalities of human history. These older forms of social organisation have certain people reduced to a state below humanity for the purposes of social aggrandisement or labour. Without question, the rigidities of caste in India surpass those of other places, and the ugliness of a system that produces grades of untouchability should be understood precisely and not dismissed merely as a human folly.

Race, a more recent social phenomenon, is the figment of Europe’s colonial adventures, with the colonial scientists taking old forms of xenophobia and separation and mapping them onto scientific classification. The Comte de Buffon and Johannes Blumenbach – both men of the 18th century – carved humanity into ‘races’ all the better to justify colonialism (the annexation of land) and to justify enslavement (the animalisation of labour). Caste was not manufactured by colonialism, but it was certainly reshaped and strengthened by it to the interests and fantasies of European colonisers.

These powerful social hierarchies did not dissolve in the face of modern society. Instead, they shaped modern society and become constitutive of the labour markets of capitalism. Due to the penalties imposed on most of the globe by colonialism, the labour markets were bifurcated – the European ‘white’ labourer by the nineteenth century was seen as a juridical citizen who could formally bargain for his (and occasionally her) rights as a seller of labour power, while the non-European ‘darker’ labourer was seen as racially suited to various forms of hard labour in tropical conditions. The labour of the European was commodified at a certain ‘human’ level, while that of the African, Amerindian, and Asian was ‘animalised’ – a symptom and effect of the ‘primitive’ conditions of their life. The irreducible minimum wages of these workers were considerably lower, which demeaned their quality of life and – in a vicious circle – reinforced poverty, hunger, illiteracy, and so on, which further reproduced the idea of their primitiveness. The current income deflation in that vast zone of the developing countries is related to this idea of animalisation.

Workers appear never as workers – in their own eyes – but as people, and it is as people that we inherit hierarchies of all kinds.

Capitalism drew upon older forms of social hierarchy to cheapen the cost of labour power and to enhance the accumulation of wealth by the owners of property. Older gendered forms of household division of labour were either enhanced or were simply imported to the advantage of capitalism – there was no need, in this system, to pay ‘wages for housework’, since social reproduction was charged to the working-class as its own expenses. Social hierarchies provided the basis for differential wages – on the one hand – and for segmented labour markets – on the other. Caste in India, like social hierarchies elsewhere, would allow the State and capitalists to hire people along the lines of caste boundaries into old caste occupations (leather work, for instance) or into newly constructed caste occupations (such as Dalits in the ring-spinning department of Bombay’s textile factories, where they comprised 72% of workers). These social hierarchies – with all their contradictions and structural inconsistencies – provided a major advantage to capitalism, not only allowing for the cheapening of labour power, but also the fragmenting of the concept of worker and thereby eroding the social basis for political solidarity.

The analysis of class and social hierarchy that puts them in relation economically and politically comes from the national liberation Marxist tradition. Those who know little of Marx’s work, but only know to junk him and his tradition, do not see how carefully he handled these contradictions. As early as 1846, inspired by the Abolition movement, Marx wrote in Poverty of Philosophy, ‘Without slavery you have no cotton; without cotton you have no modern industry. It is slavery that gave the colonies their value; it is the colonies that created world trade, and it is world trade that is the pre-condition of large-scale industry. Thus, slavery is an economic category of the greatest importance’. The criticism of slavery was not merely to be made on moral grounds, but it had to made for Marx on both moral and economic grounds. It was immoral to enslave a human being; it was exploitation to steal from them what they had produced, which was not merely cotton but a considerable part of large-scale industry through the transfer of their values. In the decades to come, Marx would sharpen his thinking about social hierarchy, notably race and colonialism. He came to acknowledge the powerful anti-colonial events of the 1850s and 1860s – the Indian uprising of 1857-58, the US Civil War of 1861-1865, the Polish uprising of 1863, and the Fenian Rising of 1867. It was this that led to that sentence, buried in Capital (1867), but with profound suggestion - ‘labour cannot emancipate itself in the white skin where in the black it is branded’. For emancipation of the widest sort, Marx wrote, labour ‘where in the black it is branded’ must be at the centre. Race, or other social hierarchies, were not secondary contradictions.

One can only to one’s peril ignore the immense indignities of social hierarchy. There is little debate on this score within the camp of the Left, as one can see over the course of the past hundred years. The Left has – in different forms and in different tempos – taken up the issue of social hierarchy across the world (most profoundly in the anti-fascist struggle). But there has also been hesitancy: if the campaigns against social hierarchy are put at the forefront, would they undermine the need to create mass unity? This question does not come from theory alone, but from practical experience, where the Left – trade unionists and agricultural worker organisers – found themselves floundering before the seemingly conflictual demand for sectional protests and united protests. Over the years, a range of responses have come to this problem – including the idea of inter-sectoral organising, pioneered by the Indian communist women’s organisation. There are no pure answers to this question, but only commitments to continue to struggle between the dialectic of social hierarchy and class unity.

Inside the academy, there is – in my opinion – an arid debate around class and social hierarchy. There are often two positions taken: (1) a class reductionist argument that says that everything can be both explained by class and that class is the only basis for revolutionary solidarity; (2) an identity politics position that argues that social hierarchy is far more important, and that identities must be put at the centre both of analysis and of strategy. These are both very rigid formulations, rarely seen without much more nuance. Nonetheless, it is useful to put these out there just as placeholders. Both these extreme positions do not see the dialectical relationship between class and these social hierarchies, in the historically contingent way that capitalism absorbs them and in the conceptually logical way in which capitalism requires them to cheapen labour and diminish the opportunity for solidarity. Neither do these positions see the challenges for political organisation.