The Photo of Nalini Gupta 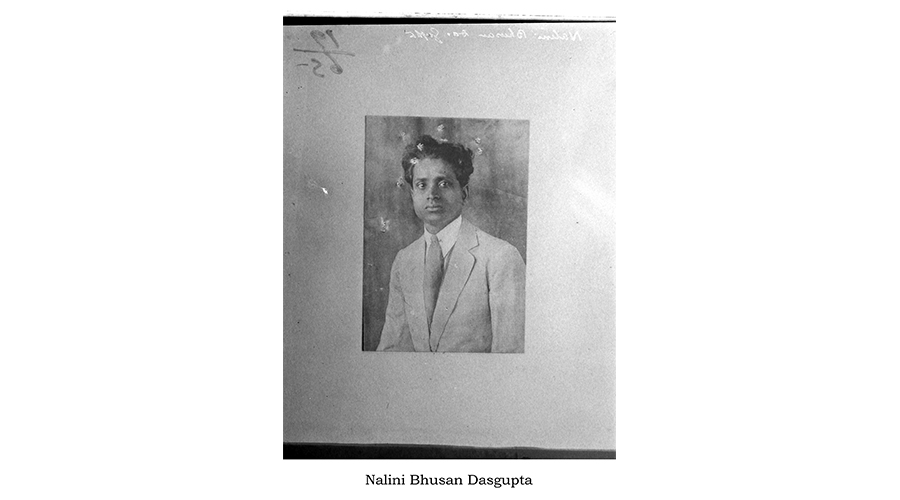 101 years ago on the evening of Saturday 12 June 1920, Nalini Bhushan Dasgupta, a former student of the school at Bolpur was singing ‘the Santiniketan song’ at the London YMCA in honour of Rabindranath. A reception had been organised by Bengalis living in England at the time to celebrate the poet's visit. Nalini later landed in Moscow via Berlin during the Third Congress of the Comintern (1921) and became a trusted helper of M. N. Roy, volunteering to travel to India on behalf of the émigré Indian Communist Party. Ultimately he would end up as one of the four accused in the Kanpur Bolshevik Conspiracy Case of 1924 alongside Muzaffar Ahmad, Shaukat Usmani and S.A. Dange. Later he joined the Workers and Peasants Party of Bengal, returned to Europe and lived in Berlin under the Third Reich during the 1930s. Many of his contemporaries distrusted him. They thought he was an adventurer, an irresponsible thrill-seeker, a teller of tall tales, a police informer and a double or a triple agent. In this photo, which I found in the police archives, Nalini Gupta looks young and innocent, anxious and worried. The glass negative seems to indicate his image was captured in 1926; he was 30 at the time.