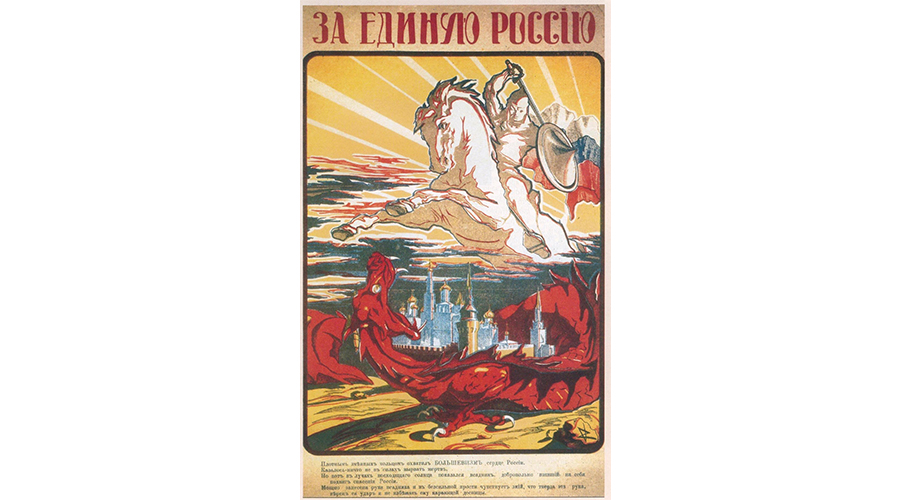 The bourgeoisie reacted physically to Bolshevism. As I have written before, Bolshevism in the British imperial intelligence reports during the most intense phase of the Russian Civil War (1918-20) was often depicted as an alien biological threat. This threat could be a mutating virus and a pandemic, necessarily the harbinger of mass death and with the potential to destroy the world order. The ‘carriers’ were seen as dangerous deviants of various sorts with shifting, multiple racial features. The primary ‘Deviance’ of the Bolsheviks was rooted in ideology rather than biology: as destroyers of private property, dangerous propagators of proletarian internationalism, advocates of uprooting capitalism and imperialism. The rest of their deviance flourished in the realm of ‘alien biology’ and followed from their dangerous ideological premise.

They were projected as Jewish peripatetic slippery cosmopolitan agitators bent on destroying settled civilazations and capitalism driven empires of the West. Their Asian counterpart was the dangerous ‘Moslem Bolshevik Agitator’, necessarily a crude fanatic who has transferred his theological affinities from Islam to Bolshevism. They were sexual deviants as advocates of women's emancipation and collectively, an offense to (patriarchal) family values and tastefully subservient feminine conduct. Finally, Bolshevism was embodiment of sickness. In the imperial imagination, it was a virus that could trigger the epidemic of communist internationalism. Composed in the backdrop of the Influenza epidemic of 1918, these narratives equated Bolshevism with a killer disease that had the power to corrode the body-politic of an otherwise perfectly healthy empire.

Lenin himself was portrayed as an evil sorcerer conjuring the impending apocalypse:
‘Lenin has no thought for humanity, no shrinking from the disasters with which his policy may afflict it in the intermediate stage. To him, leaning on the rim of the world, wars and pestilences, should they come, merely usher in a new age. Compared with the establishment of the regime of Individual Liberty and Capitalism they are not disastrous, but transitory wisps of cloud that will clear. He is not unwilling that they should come, for they are among the former things that must pass away. They are instrumental merely, to be taken up and laid down like an artificer’s tools … One shrinks from the conclusion; but Lenin’s inhuman aloofness may have set the intricacies of the European situation in a true perspective, and his calculation that he will have his way whether the people's fight or refuse to fight, has an appearance of foresight that is both disquieting and sinister.’

("A Monthly Review of Revolutionary Movements in British Dominions Overseas and Foreign Countries", No.19 May 1920, Directorate of Intelligence, Home Office.)

If nothing else, Bolshevism could undergo an inter-species transformation and evolve into a symbolic reptilian fire-breathing monster. This was to be found the propaganda material circulated by the British backed White Russian forces.