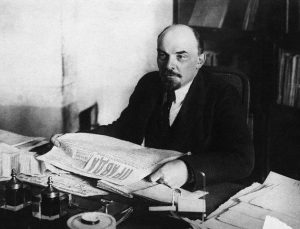 In March this year, after winning the Tripura assembly elections, BJP cadres demolished the statue of Vladimir llyich Lenin in the Belonia town in south Tripura. Lenin was not only a supporter of worker-peasant movements but also a supporter of anti-colonial struggles. 'Liberation of all colonies' and 'liberation of all dependent, oppressed and unequal nations' was at the heart of the programme of the Bolshevik Party. The statue demolition galvanized the farmers in the Kisan Long March organized by the All India Kisan Sabha in the same month.  Sudhanva Deshpande, in his “Afterword” to our book The Kisan Long March in Maharastra, writes:

“One of the key allies of the All India Kisan Sabha in the Long March was the Bharatiya Shetkari Kamgar Paksha (Peasants and Workers Party of India; PWP). The General Secretary of the party is Jayant Patil, a member of the Legislative Council of Maharashtra. Patil referred to the arrogance of the Bharatiya Janata Party (BJP) in thinking that they had wiped out the red flag with their win in the Tripura Assembly Elections. “Come here and see,” he roared, “this is a sea of red here.” As if on cue, hundreds of red flags started waving. “You think you can destroy the image of Lenin we carry in our hearts? We will erect a statue of Lenin in Alibag [Raigad district, near Mumbai; this is the main base of the PWP], and we will ask every political party to join us in doing this. By pulling down one Lenin statue, they don’t know how many more statues they have helped in erecting.”

The significance of Lenin is not limited to his role in the Russian Revolution. For BJP and the right-wing in India, Lenin represents the left. His name, his ideas, his statue, all these things embody the history of the movements against anti-people, anti-peasant and anti-worker policies of the successive Indian governments. It is important for them to destroy these histories so that they face limited opposition in their project of fascism.

It's just been 10 days since the Indian state raided the homes and offices of lawyers, trade unionists, writers and rights activist and, subsequently, arrested five of them. In its interrogation, the police officer had amusing questions for K Pavana, wife of Professor K Satyanarayana who was arrested in these raids.

The current Indian government doesn't want people to organize in solidarity with oppressed people and classes. Of all the things they're afraid of, the fact that we read and engage with ideas scares them the most.

Lenin, Marx, Engels, Rosa Luxemburg, Mao Tse Tung, Ho Chi Minh – names synonymous with the struggle of the oppressed, with genuine progress. Why were they the leading lights of their age? What was it they said that attracted the unnamed millions to them? These are key questions which need our attention.

Wouldn’t it be nice to have their writings – from their earliest, to their last – selected and compiled into one handy volume, a window not only to their thought, but to the movements they led?

In the following excerpt from the Editor's note to this book, Vijay Prashad talks about the importance of Lenin's writings, his style, and places Lenin's writings in his time.

Nothing Lenin wrote over the course of the last thirty years of his life was written for posterity. Lenin wrote in the midst of events, in the middle of arguments. For the first-time reader there is something bracing about the text, but also something bewildering. What is bracing is that Lenin is on the fly—he writes as if he has somewhere to go, a demonstration or a meeting. What is difficult is that Lenin is in the middle of a debate—against Bernstein here or Kautsky there. It is hard to know the terms of the debate or even to follow what it is in the other person that forced Lenin to respond. Renegade Kautsky, writes Lenin, and you must accept it as such. The text is rushed. The reader leans over Lenin’s shoulder, watching his pen rush across the page, his notes sprawled over his desk and on the floor.

To annotate Lenin’s work is to miss the point—which is why this selection comes to you without an immense scholarly apparatus. It is not so important to understand precisely the debates that detain Lenin as it is to watch him use his experience as a political leader to sort through ideological debates and find a way forward. We would like the first-time reader to be patient, to go through the text, to find what is useful and to make notes towards learning more about the debates.

Lenin’s theoretical landscape is determined by the requirements of the revolutionary movement at a particular conjuncture. He writes about the vanguard party because he is in a debate with others about how to deal with spontaneous uprisings. He writes of imperialism because he is trying to understand why the social democrats voted for the war. But Lenin does not descend to the slogans of his time. He rises above them—looking at the theoretical principles that lie beneath these slogans. But he does not rise too far away from the political debates of his time. Lenin moves craftily from theory to tactics, from Marxist thought to revolutionary activity. It is as important to learn from these texts Lenin’s style of writing as much as what Lenin is saying.