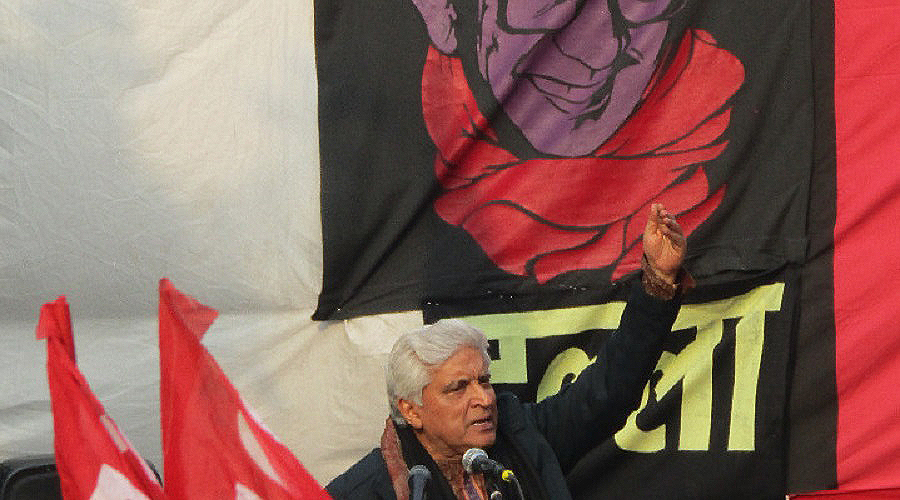 Much has changed in the past thirty years: the marginally better roads, there’s even a metro station not too far away; overdriven speakers in autos playing 90s music or folk songs with a techno beat; the mobile phones, smart or otherwise; the denims and t-shirts; the many shops selling things people couldn’t have imagined back then; a community centre, complete with a building, a lawn, and a gate.

But the event this year was made more special for us at LeftWord by the launch of our new book – Sudhanva Deshpande’s Halla Bol: The Death and Life of Safdar Hashmi. And what made it even more special was the fact that it was being launched in Hindi as well, by Vaam Prakashan. 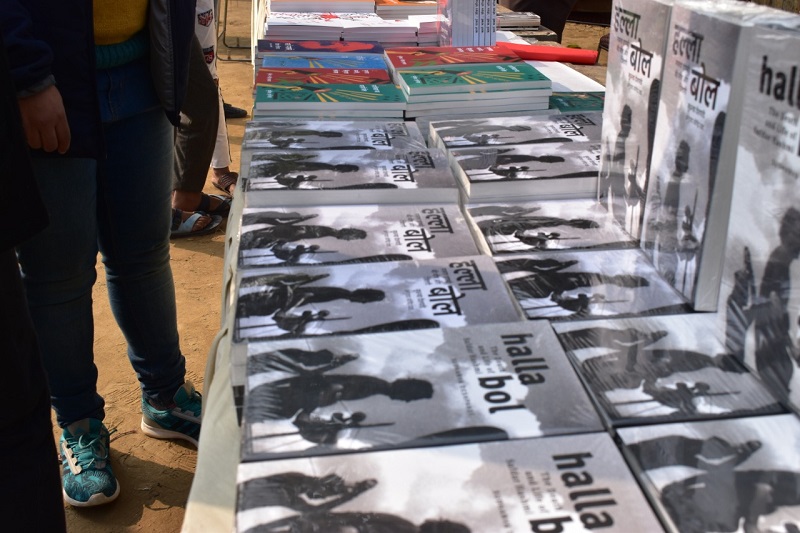 The LeftWord and Vaam stall at the venue. 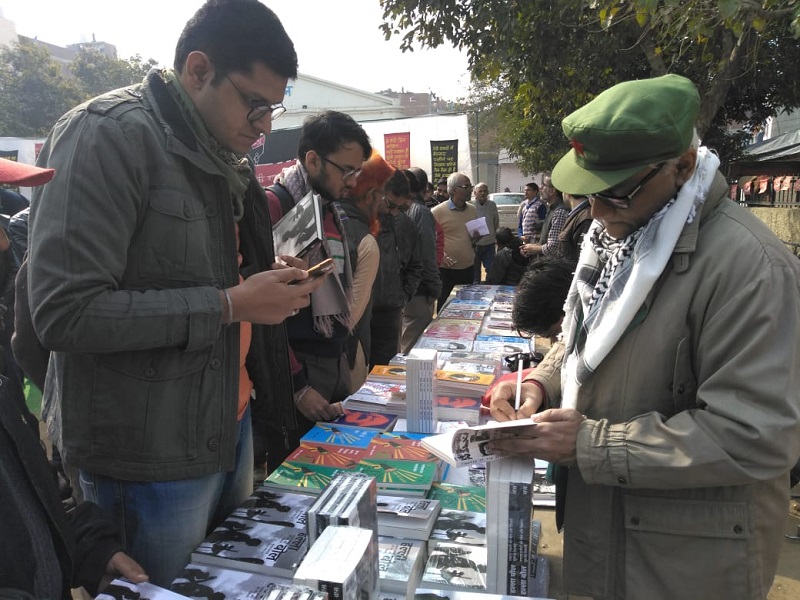 Sudhanva, signing a copy of Theatre of the Streets.

As people began gathering at the venue, Mukesh, Shekhar aur Sathi, friends of Studio Safdar, entertained them with nat kartab, or acrobatics. Soon after, we had performances of revolutionary songs, first by Ratan Gambhir, then by the Janam choir, who were joined by the crowd in singing popular Parcham songs like ‘Aman ke hum rakhwale’ and ‘Tu Zinda hai’. ‘Laal jhanda lekar, comrade / aage badhte jaenge / tum nahin rahe, iska gham hai par / phir bhi ladte jaegne’ couldn’t have been more of a tribute to the memory of Safdar. 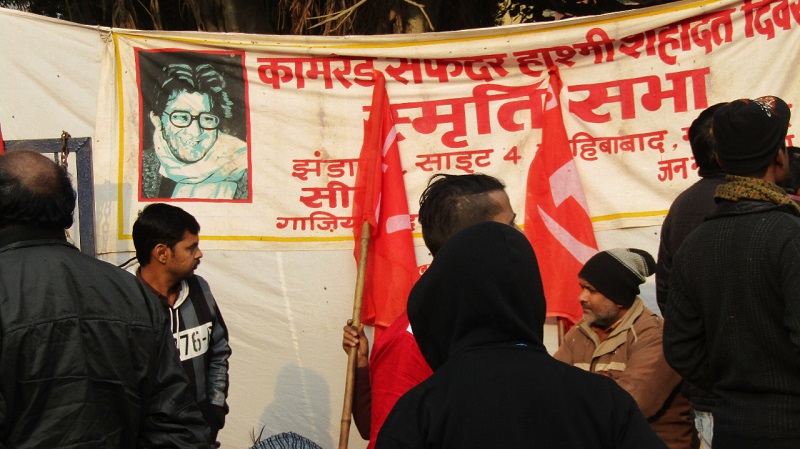 Safdar smiling at the policeman sent to keep an eye on possible ‘anti-national’ activity. 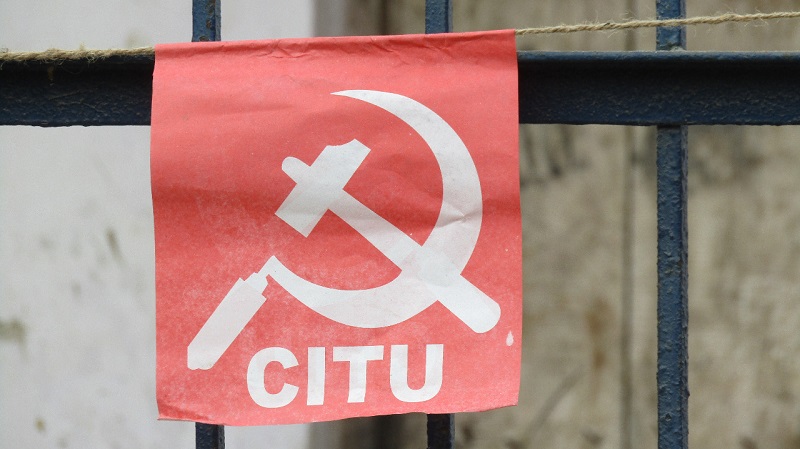 The Centre of Indian Trade Unions, or CITU, occupies a central position in Janam’s 1 January event. It is after all held in a working-class neighbourhood and is organised with the help of CITU comrades. What is more, the play Halla Bol (‘Raise Hell’), the play Janam left unfinished on 1 January 1989, finds a clever way to bring home to workers that their liberation lies in struggle, and does so by talking of CITU and its 1988 seven-day strike in particular. After the songs, then, there was a general meeting of CITU addressed by Comrade Sitaram Yechury, general secretary of CPI (M).

Then followed the launch of the book. We had invited Shabana Azmi and Javed Akhtar for the event. Also present on stage were Comrades Yechury, Brinda Karat and K.M. Tiwari, secretary of the Delhi State Committee of the CPI (M). 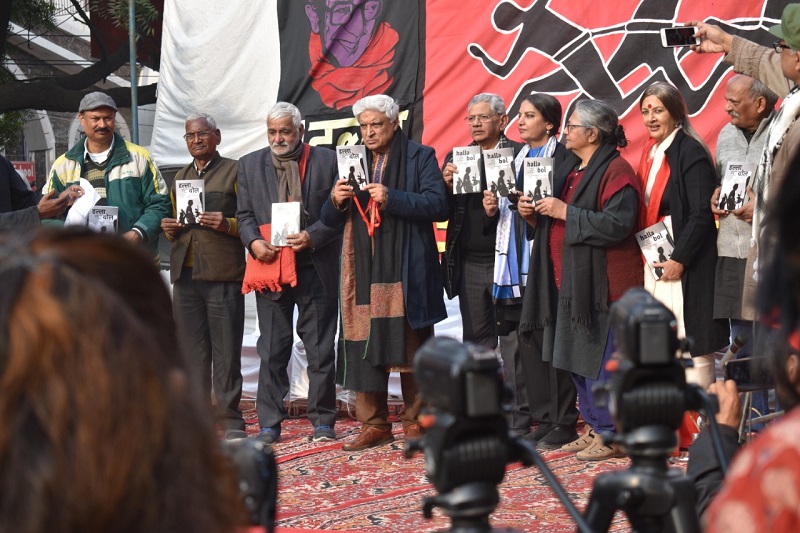 The launch of Halla Bol. Sudhanva, where art thou?

Shabana Azmi began her address by leading the crowd in raising the slogan: ‘Kamane wala’ … ‘khayega!’, ‘Lootne wala’ … ‘jayega!’, ‘Naya zamana’ … ‘ayega!’ Referring to Safdar’s life as the example, she stressed on the need to link art to actual struggles on the ground, the need for solidarity between artists and workers. She recited a verse brimming with revolutionary optimism from the poem ‘Makaan’ by Kaifi Azmi, poet and communist activist, and her father: 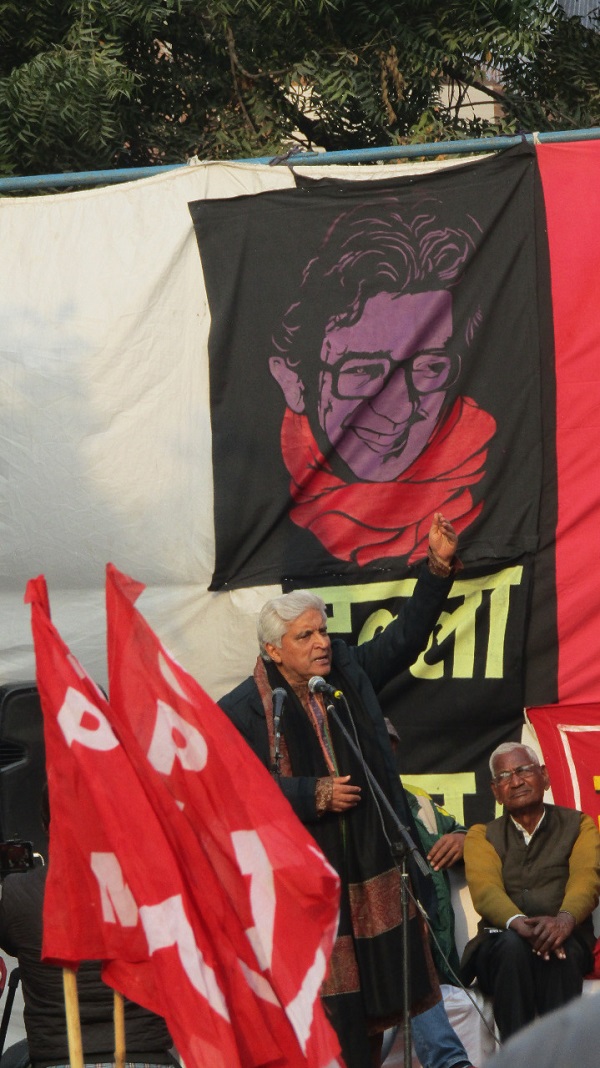 The brutal reality of the current government and their new definition of Indian citizenship was challenged by both our guests. Javed Akhtar reminded the audience of the fraud being played on the populace by dividing them by religion. The real division, he said, was that of class, and the ones who stand to lose the most are pacified by being served a cocktail of ‘pride’ and fear and thereby prevented from resisting actual oppression. Both highlighted the injustice inherent in the NPR-NRC-CAA charade, captured in two simple lines of Javed Akhtar, recited by Azmi:

What was most heartening to see, however, was the interest our working-class CITU comrades and the children of the neighbourhood took in the books on display at our stall. These are groups often dismissed as incapable of intellectual labour, or just disinterested or ignorant, hence foolish. Our experience tells otherwise. Out of the scores of copies of the Hindi edition of Halla Bol we sold at Jhandapur that day, over two-thirds were bought by our working-class comrades from CITU. Even the children bought books at our stall. If only they had access to things other than howling bouts for evening news and witless soaps and cartoons for entertainment! 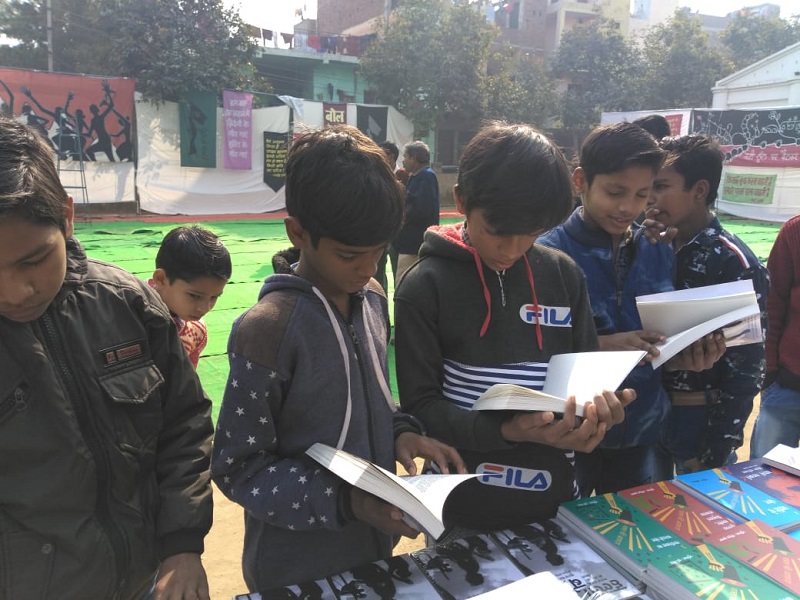 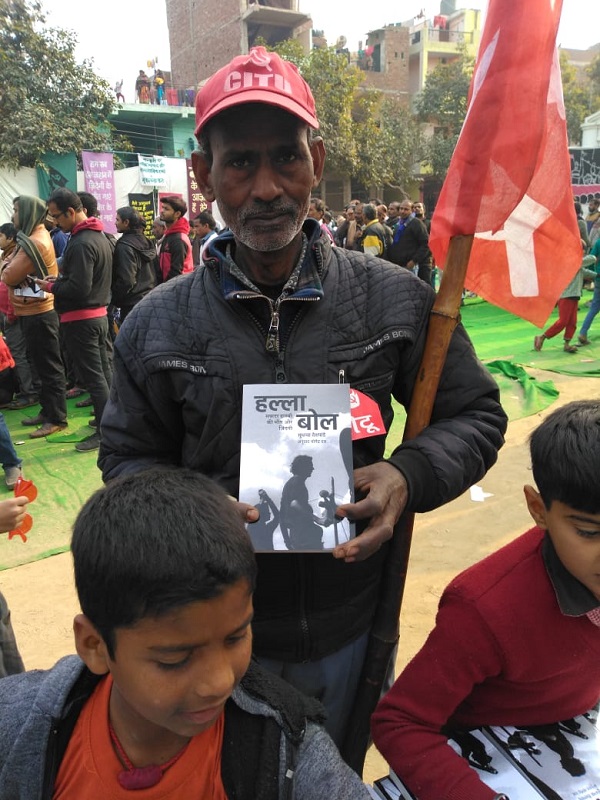 A Jhandapur CITU comrade with a copy of Halla Bol. 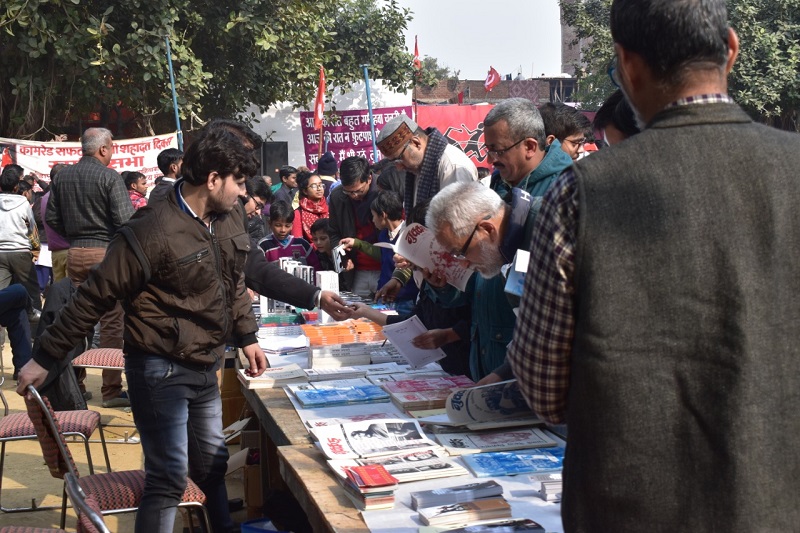 … and we thought we were getting a day off work.

Also read our blog on the writing of the book: The Journey of ‘Halla Bol: The Death and Life of Safdar Hashmi’