P. Sainath and the Toofan Sena 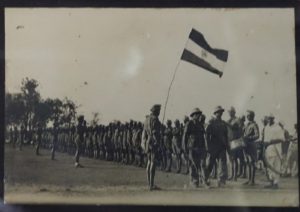 P. Sainath, India’s most important journalist, has just released his new report on Satara District’s prati sarkar [provisional government] of the Quit India era. It is a dazzling account of the freedom movement – one that takes us through the audacity of the fighters, such as ninety-four year old Ramchandra Sripati Lad, to the disregard of such people in contemporary India. Lad tells Sainath about the arc of his aspirations, ‘We dreamed of bringing freedom to the common man. It was a beautiful dream. We did achieve Independence. But I don’t think the dream was ever realised…today the man who has money rules. This is the state of our freedom’. It is a sad state of affairs. Amnesia governs our age. Few recall the Toofan Sena and its antics in robbing trains and pushing the British out of their area. They were brave people, whose bravery was undiminished in the new republican India.

Sainath reflects on what happened to these freedom fighters, ‘The prati sarkar and Toofan Sena  threw up some of the most important leaders of India’s freedom struggle in Maharashtra. Nana Patil, Nagnath Naikwadi, G.D. Bapu Lad, Captain Bhau and many others. Most never got the importance they deserved after Independence. Different political forces operated within the sarkar and the Sena. Many were or became members of the Communist Party of India of the time. Amongst them, Nana Patil who went on to become president of the All India Kisan Sabha and was elected to parliament from Satara on a CPI ticket in 1957. Others, like Captain Bhau and Bapu Lad, went into the Peasants and Workers Party. Yet others like Madhavrao Mane were with the Congress. Almost all the living freedom fighters, irrespective of affiliation, mention the Soviet Union of the time and its resistance to Hitler as an inspiration for their uprising’. These were brave people whose contribution to India continues long after 1947.

This report is part of a collection of stories that Sainath is doing for LeftWord Books called The Last Freedom Fighter. It will be out next year. Sainath will also be writing the introduction to LeftWord Books’ edition of John Reed’s Ten Days that Shook the World, the landmark book on the Russian Revolution of 1917. We await both his collection of reports and his introduction to Reed’s mesmerizing narrative.

If you are in Delhi, on 15 October, Sainath will deliver the XXIII Safdar Hashmi Memorial Lecture. The title of his lecture will be ‘Politically Free, Imprisoned by Profit’. The lecture will be at 630pm at Studio Safdar in Shadi Khampur (next to the LeftWord Books office). It is open to the public (and free).

For a brief report on a Blitz tour given by Sainath to the LeftWord Books team, please see the article by Vijay Prashad at Scroll.