Michael Carritt in the Archives by Suchetana Chattopadhyay 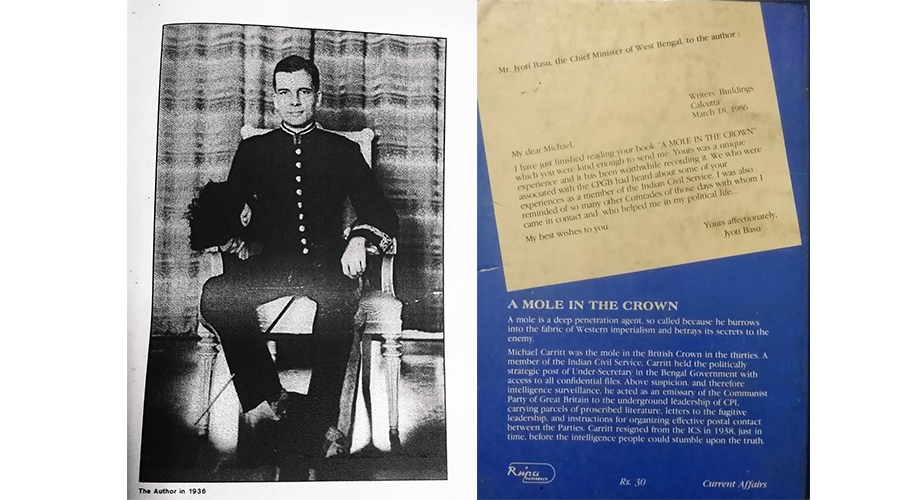 Michael Carritt (1906-1990) secretly helped the Communist Party of India in the late colonial inter-war era while serving in the Indian Civil Service. The British intelligence file on him, which I found and read among Indian Political Intelligence files of the India Office Collection, contain the following: Carritt’s pension was withdrawn in 1940 after his retirement for his political conviction termed as 'grave misconduct'. In 1940, some documents were found in a trunk at Berkshire, buried in the garden of his father Professor E. F. Carritt, MA, Fellow of Queen’s College, Oxford. According to British intelligence officials the contents obviously belonged to Michael Carritt and were linked to his time in the ICS. Some of the captured documents apparently revealed he was working with Central Committee members of the CPI from 1936. Articles written from a communist viewpoint while still serving as an ICS officer in Bengal were interpreted as suitably incriminating. He was not arrested even though this was seriously considered for a while. The ensuing controversy and public face loss would have been too much for the British establishment while it was negotiating an exit out of India. In 1948 Harry Pollitt and Michael Carritt were issued passports excluding them from the right to visit India and Pakistan. According to the report, Government of India expressly wanted to stop Carritt from coming to India. 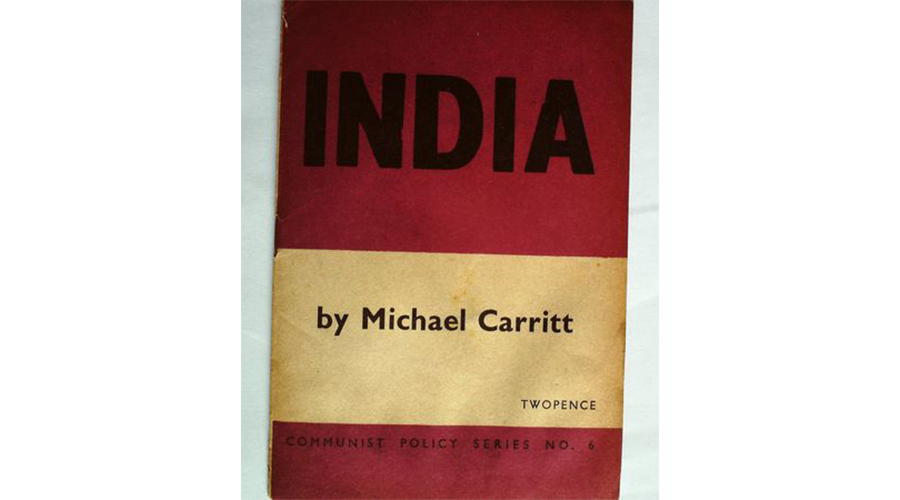 Such were the wages of decolonisation under bourgeois nationalism; the government of India led by Nehru was fighting communism in Telengana and Bengal where the CPI was banned immediately after Independence (1948-51). So India was not welcoming communists from Britain or anywhere else. Ironically, Michael Carritt was the author of a CPGB (Communist Party of Great Britain) pamphlet from the early 1940s (‘India’) which expressly denounced the arrest of Nehru in India and the repression on anti-colonial political activists by the colonial state.

To find out more about Carritt, please read:

The five Carritt brothers joined the CPGB, along with their mother, Winifred. This centennial publication on communist lives in Britain refers to them:
https://www.communistparty.org.uk/red-lives/?fbclid=IwAR2129cK4_Tk42bTvAdKbLKam0UV_CReQgIOFmhkqdaMjM8Kb1Rfdx9Bxq0

Michael's brother Gabriel (1908-1999) was also a communist activist and intellectual. He campaigned against racism, fascism and imperialism:
https://www.theguardian.com/.../may/24/guardianobituaries1

This obituary mentions two other brothers they had: one was wounded and the other killed in Spain during the Civil War. It does not mention Michael – probably because he was considered a 'traitor' – having worked against British imperial interests in India while serving in the ICS.