Liberate the Colonies! Voices from the Global Struggle for Freedom 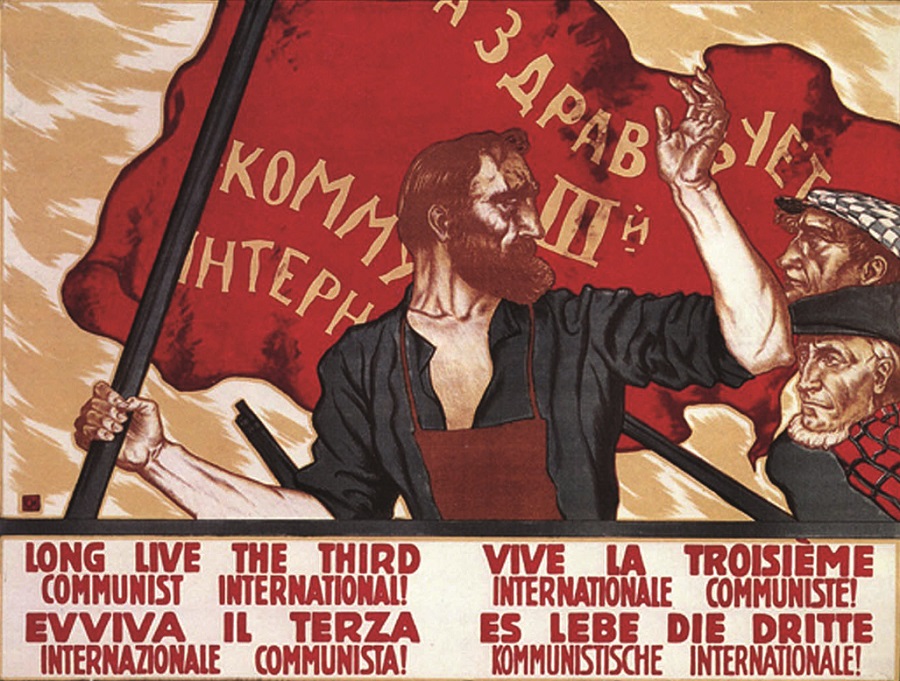 ‘I come from the Indies; I have travelled forty days.’ These words were addressed by Tan Malaka of the Communist Party of the Dutch East Indies to the Congress of the Toilers of the Far East—convened by the Comintern. He had been asked to conclude his speech as his time was up. He was in no mood to comply. Fighters for justice are not easily silenced, even by their comrades!

The speaker hadn’t travelled forty days to discuss the political situation back home with foreigners. Divided by colonists and capitalists, by geography, by political borders and even language, these gritty men and women, brought together by the Communist International, were united in their struggle for a better world.

The role of the Comintern, the Soviet Union, and Communists from India and other colonies has faded from history books over the decades. One of the tasks LeftWord Books has taken upon itself is to re-inscribe the role of Communists in our freedom struggle. The International may not exist anymore. But the struggle hasn’t ended yet.

‘The Indian people fought and won their freedom from their colonial masters in a struggle that lasted over a century. In this struggle, especially in the twentieth century, the socialist stream had an enormous role to play. When the Russian Revolution radically re-arranged the chessboard of imperialist infighting in 1917, it gave hope to millions in the colonies. The anti-colonial dynamic now had real propulsion. Indian radicals got acquainted with Marxism and Communism, and, via the Comintern, learnt of the experiences of anti-colonial fighters elsewhere in the world. Over the decades though, the role of the Comintern, the Soviet Union, and Indian Communists has faded from history books. One of the tasks LeftWord Books has taken upon itself is to re-inscribe the role of Communists in our freedom struggle. Liberate the Colonies! is a landmark publication for us in this context, and we are both delighted and honoured that John Riddell, the world’s leading expert on the Comintern, agreed to helm the project. We are sure that this book will help new generations of anti-imperialist militants learn about the struggles of the past and engage with challenges they face today and in the future’

Among other things, Liberate the Colonies! highlights how

• in 1920, at a conference in Baku, women won the right to comradeship on an equal basis;
• revolutionary leaders from Asia convinced the Moscow government to combat chauvinist abuses of Soviet power; and
• V.I. Lenin and M.N. Roy – the old strategist of Russia and the young rebel of India – debated and reached a common framework for unity in the freedom struggle.

It innovates in Communist historical publishing in three ways:

• Contributions from more than thirty revolutionary voices from Asia and Africa are organized to tell a coherent and easily accessible story.
• Although based on global collaboration, the collection was conceived and executed in India, far from the traditional centres of publishing on world socialism.
• The book is open-sourced: Its full text and annotation are available worldwide through a free PDF edition.

This precious historical record is vitally important to all those who seek a socialist future. We are sure that this book will help new generations of anti-imperialist militants learn about the struggles of the past and engage with challenges they face today and in the future.

The book was written on the initiative and under the direction of historian, journalist and editor, Vijay Prashad.

‘It all started on a student picket line last summer in Toronto. I came simply to express support, and there I met John Riddell, who had come for the same purpose.

‘I seized the chance to propose a joint book. John agreed on the spot and work began right away, in partnership with the LeftWord team.

‘No question that John Riddell has established a record that is invaluable for revolutionaries and for scholars of revolution. This volume would not have been possible without his immense knowledge, his abilities and his good humour as well as his warm collaboration with our colleague Nazeef Mollah.

‘LeftWord is honoured to offer this text to activists in freedom movements around the world.’

John Riddell, who provided the translation and annotations for the volume had this to say: ‘I’m thrilled that LeftWord Books has found it possible to make this book immediately available to working people in every country. This is a first for historical publishing on communism.’

Liberate the Colonies! can be ordered directly from LeftWord Books for INR 450 or downloaded from the LeftWord website.

John Riddell is general editor of the Comintern Publishing Project (1983-2017), and editor of several volumes of Comintern documents.

Vijay Prashad is the author of several books, including Red Star Over the Third World (LeftWord, 2017). He is Chief Editor, LeftWord Books, and Executive Director, Tricontinental: Institute for Social Research.

Table of Contents of Liberate the Colonies! (condensed)

Introduction by Vijay Prashad
1. Soviet Russia Proclaims National Self-Determination (1917)
2. Manifesto of the Communist International to the Workers of the World (1919)
3. Second World Congress of the Communist International: Debate and Resolution on Anti-Colonial Revolution (1920)
4. Baku Congress of the Peoples of the East (1920)
5. Third World Congress: Resolutions from India, China and Iran (1921)
6. Third World Congress: from the Minutes (1921)
7. Blueprints for Unity: China and Dutch East Indies (1922)
8. Fourth World Congress: from the Minutes (1922)
9. Fourth World Congress: Resolution (1922)
10. For Global Black Liberation (1922)
11. Fifth Congress: Ho Chi Minh on the National and Colonial Questions (1924)
The Long March to Colonial Freedom: Reflections by John Riddell
Glossary
Note on the Text
Index