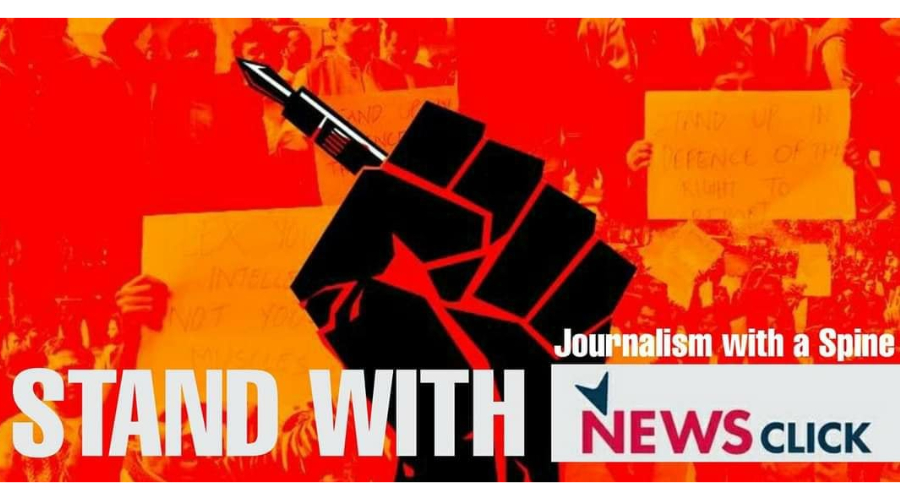 Over the course of the past few months, agricultural workers and farmers from across India have been in the midst of a brave agitation against the three farm bills passed by the Indian government. The agricultural workers and farmers have held their line in the cold winter months, braving repression, and harassment; they have been called terrorists and anti-nationals. Nothing has broken their will. They remain resolute: they will defend their livelihood and their lives.

At LeftWord, we were proud to publish a volume edited by Pranjal, the editor of NewsClick; this volume - कबहूं ना छाड़े खेत: दिल्ली के दरवाज़े पर किसान की दस्तक – collects reports and commentary on the farmer’s revolt. An English version of the book will be out presently.

On 9 February, the Indian government decided to raid the premises and homes of the editors of NewsClick, and then raid its office. Accusations flew around in the media without foundation. The Enforcement Directorate officers spent over two days interrogating the editors and journalists, searching through their materials on and offline. What they would have found in these computers is the honest and sincere reporting of the team at NewsClick, reporting which we have republished in a series of books on the various maladies that afflict India today along the hierarchies of caste and patriarchy, for instance. We, at LeftWord Books, hope that the officers will learn something of the India that is being buried; we hope that  they will read some of the work we do and open their eyes to the atrocities committed against the majority of Indian citizens for the profit of a wealthy few.

Many of those who have been detained and harassed – such as Pranjal and Prabir Purkayastha – are our authors at LeftWord Books. We are proud of our association with them and with NewsClick. We stand with NewsClick and will continue to tell the stories of an India that refuses to bow down to power, profit, and privilege.