Girish Karnad, the Playwright Against the Right 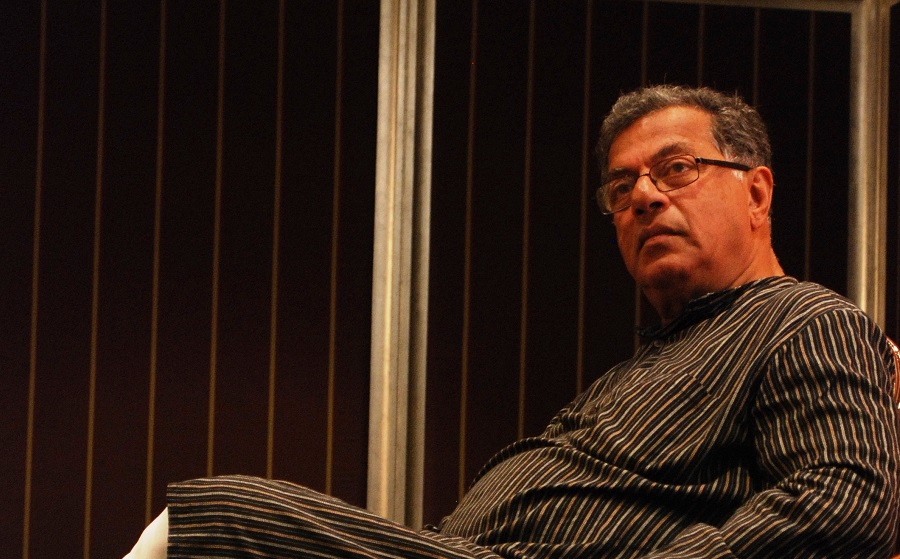 It is both apt and reductive that two images dominate others as Girish Karnad is remembered on social media: one, with Gauri Lankesh, protesting the killing of Karnad's fellow Dharwadian Prof. M.M. Kalburgi; the other, wearing the Me Too Urban Naxal placard, at the memorial to mark the first anniversary of Gauri Lankesh's own killing. Over the past few years, Karnad was seen as one of the most consistent, fearless and principled defenders of freedom of speech, cultural diversity and democracy. In the face of death threats, he remained unfazed, and even in his frail health, he made it a point to attend protest gatherings.

Even though Karnad, unlike his older contemporary and fellow-Jnanpith awardee U.R. Ananthamurthy, did not belong to a particular political tendency (Ananthamurthy was an avowed socialist, inspired by Lohia), his commitment to democratic values meant that he often took vocal stands on issues. While many tributes to Karnad have noted that he was Director of the Film and Television Institute of India in 1974-75, not everyone has noted that he resigned after the Emergency was imposed, as a reaction to excessive political interference. And his taking vocal stands against the Hindu Right didn't start in the last few years; he spoke up at least from the early 1990s onwards.

Girish Karnad was perhaps India's most preeminent playwright. He was certainly something of a prodigy. It is a truism that Mohan Rakesh, Badal Sircar, Vijay Tendulkar and Karnad form the quartet that shaped India's post-Independence theatrical canon. Karnad was the youngest. Tendulkar was a decade older, while Sircar and Rakesh were both his seniors by 13 years. Rakesh's first great play, Ashadh Ka Ek Din, appeared in 1958, Sircar's Ebong Indrajeet in 1962, and Tendulkar's Shantata! Court Chalu Ahe in 1967. Karnad's Yayati dates to 1961, when he was a mere lad of 22. Generally, playwrights take a little longer to mature as compared to other writers. Good dramatic writing is almost impossible to achieve without the experience of working in, or writing for, a real, active theatre. Having a director take your text apart and reassemble it, hearing actors speak your lines, observing scenographers imagine the setting, having a live audience respond to your text, all teach you as much, if not more, about playwriting as watching or reading plays.

That he wrote Yayati without virtually any previous theatre experience is remarkable enough, but that he wrote it in Kannada makes it doubly remarkable. As Karnad recalled, when he set sail on a Rhodes Scholarship to England, he had fancied himself a poet who had 'trained myself to write in English, in preparation for the conquest of the West'. Karnad knew at least five languages – Konkani, Kannada, Marathi, Hindi and English, but in a sense, it did take some 'unlearning' for him to re-discover the language of his childhood. But clearly, the ambition to conquer the West never quite left him – he not only translated his own plays into English, he also wrote original plays in English and translated them into Kannada.

And yet, for most of his playwriting career, Kannada purists scoffed at Karnad's writing, considering it, and the author, too Anglicised. It was only when he wrote Tale-Danda, about the medieval poet revolutionary Basavanna, in a north Karnataka dialect, that, finally, the murmurs went down. This play was his direct response to the rise of the Hindu Right as a political force in the late 1980s. As the BJP rode Advani's Toyota rath – leaving death and mayhem in its wake – to political ascendancy, Karnad thought hard about Hindutva's narrow, exclusionary, hegemonic, authoritarian and majoritarian appropriation of the myriad traditions of Hinduism.

Karnad's playwriting oeuvre is so substantial and varied, both in form and content, that it is impossible to reduce it to neat generalisations. For instance, Karnad is generally thought of as someone who worked with material drawn from mythology and folklore, as well as history, initially, and only turned to an entirely different style with contemporary urban settings in his late work. However, he wrote Anju Mallige, set in England and about an incestuous relationship between a brother and sister, in an entirely naturalistic style, as early as 1977.

Many of Karnad's plays are acknowledged as masterpieces. Yayati is the story of a king who pleads with his son to take on a curse given to him – the curse of old age. The son, then, for no fault of his, becomes an old man, older than his own father. Tughlak is a study of a king so far ahead of his time that he is considered mad, and who ends his reign in bloodshed and chaos. In a sense, the play reflected the confusion that Karnad's generation felt a decade or so after Independence, and in some ways, it also presages the Emergency. Hayavadana is the tale of a woman with a jealous husband who beheads himself, his friend who also beheads himself fearing that he will be suspected of murder, and the woman preparing to behead herself when the goddess takes pity on her and grants her a boon. She can get both men back to life if she only attaches the heads to the bodies. In her confusion, she mixes up the heads, attaching them to the wrong body. Which of the two is her husband, now? The man with the head, or the man with the body? Nagamandala is a story of a woman with an uncaring husband, who is visited by a cobra at night, who takes her husband's form. The woman is surprised to find her husband loving, tender and erotic at night, but brutish and apathetic in the day. She has to prove her fidelity to the husband, and the cobra again comes to her rescue.

Two overarching themes stand out in Girish Karnad's playwriting career. One is power – how it opens possibilities but also corrupts, how men fail to use it for the greater good, how it leads to brutality. The other is female desire, women's aspirations, and the inability of men to come to terms with it. His own view of female desire and sexuality was shaped by the deep impression his mother had on him. She was a child widow with a son, and her marriage to Karnad's father was her second. Through his growing-up years, though, Karnad had no idea that his elder brother was in fact his half-brother. His mother had a liberated and pragmatic view of women's desires. In a documentary on him, Karnad tells the story of how when he was around 35 and already a film star, a maid at home wrote him a love letter. He kept it in his drawer and went away to shoot. When he returned, he found the letter missing. He asked his mother, who said she tore it up, because at that age, all girls feel like that. She had no sense of embarrassment about this little episode, she certainly wasn't about to judge the maid, and there was no question of reprimanding her. On the contrary, she mildly rebuked her son, for hanging on to that letter.

Power that corrupts, and female desire, are both political themes, and today more charged than ever. While the corruptions of power is a recurrent theme in Indian playwriting, it could be said that of the playwrights of his generation (and those that followed), Karnad was the most sensitive to the ways in which patriarchy imprisons women. Take Nagamandala, for instance. The uncaring, brutish husband accuses his wife of sexual infidelity. She is made to go through a test to prove her fidelity to her husband. She takes the cobra in her hand and says that apart from her husband, the only other male she has touched is the cobra. This, of course, is literally true, because it is indeed the cobra that visits her at night in her husband's form. The cobra spares her life. The loyal wife is now celebrated as a goddess incarnate by the villagers. This is the patriarchal prison – the wife is caught in the whore/goddess binary; there is no third way.

Girish Karnad stood up and spoke out against the Hindu Right. It would only be fitting if his plays are now re-interpreted with contemporary sensibilities, particularly with feminist and anti-caste sensibilities, by younger theatremakers to fight the good fight.

Sudhanva Deshpande is an actor and director with Jana Natya Manch, Delhi, and an editor with LeftWord Books. A shorter version of this article appeared in The Hindu on June 12, 2019.