Early Indian Communists and their Historian: An Interview with Suchetana Chattopadhyay 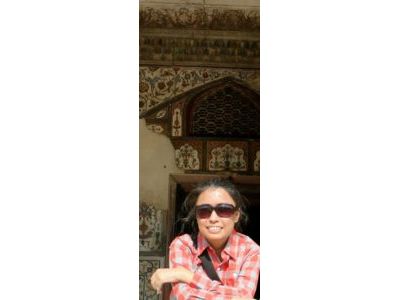 Suchetana Chattopadhyay, who teaches at Jadavpur University in Kolkata, has been producing some of the most important work on early Communist history. Her first book – An Early Communist: Muzaffar Ahmad in Calcutta, 1913-1929 (Tulika, 2011), traces not only the early life of  Kakababu but also the world of colonial and radical Calcutta. The book was reviewed when it came out by Vijay Prashad in Frontline. Most recently, Chattopadhyay has contributed an essay for our own new volume – Communist Histories. Her project in this volume is in the early M. N. Roy and his activities in Bengal before he left for the Americas. It is a captivating article about a young man trying to break away from his roots, being pushed by colonial suffocation towards some form of action, and then, of course, decamping for the United States and Mexico where he gets influenced by Marxism into Communism. Here, Prof. Chattopadhyaya tells the LeftWord Books blog about her work:

Could you tell us a little about your book on Muzaffar Ahmad?

My book on Muzaffar Ahmad, based on my doctoral research, dealt with the social origins of communism in Bengal and Calcutta (Kolkata). By delving into the little-known convergence of the world of impoverished Bengali Muslim intellectuals and working-class protests against capital and empire of the late 1910s and the early 1920s, this was an attempt to grasp the urban roots (with hidden rural compulsions) of early communism in a region where movements based on Marxism-Leninism as an internationalist current of social liberation has left an indelible imprint on local society. I have situated Muzaffar Ahmad (1889-1973) in an urban milieu turned upside down by world war (1914-18) and the impact of the Bolshevik Revolution (1917), and comparable to tendencies visible in other colonial/semi-colonial metropolitan centers from Cairo to Shanghai. By taking his early life from 1913 to 1929 as a frame, I have offered an understanding of the times and the changing contours of social and political activism in the city which propelled Muzaffar Ahmad and others towards a politics of class, a space beyond dominant political identities of nation and community. In the process, I have also offered a social interpretation and detailed history of Workers and Peasants Party (1926-1929), the first socialist organization in Bengal and open association of the banned Communist Party of India (CPI). In this sense, the book is a partial biography of an early communist from the colonial world, a history of the early communist movement in Bengal, an account of the panic-driven character of imperial surveillance on early communism in India and a conscious exercise to recover an aspect of the city which is unknown, neglected and suppressed in mainstream historical treatments of Calcutta.

What drew you to write about the early M. N. Roy?

The work on Muzaffar Ahmad and early communists in Calcutta made me turn towards M.N. Roy. Roy and Muzaffar Ahmad enjoyed a vigorous correspondence during 1922-1923, the crucial factor which landed Muzaffar in jail and secured his conviction in Kanpur Bolshevik Conspiracy Case (1924), alongside S. A. Dange, Shaukat Usmani and Nalini Gupta. The M. N. Roy he came to know from the incriminating letters was very different from the original Naren Bhattacharya, a nationalist revolutionary who had left the shores of Bengal in 1915. Subsequently, he had reached California, made his way to Mexico where he helped found a communist party and joined Communist International as its representative. Roy had shed the name and politics of Naren Bhattacharya along the way. Naren Bhattacharya was making his way in and out of Calcutta in the early 1910s. This covered the immediate pre-war period when Muzaffar migrated to the city. Sometimes they lived in and traversed the same neighbourhoods or streets. Though their everyday lives and material conditions were similar, Muzaffar and Naren were unaware of each other since no political or social thread could connect them. Yet, post-war radical convulsions in the social milieu of activists and intellectuals, made them 'discover' each other. Muzaffar recalled having met Roy only once. By this time, Roy's work in the Comintern and the emigre CPI was firmly behind him. Though virtual strangers, an anonymous yet compelling political bond had existed between them during the early 1920s. This made the prospect of digging up the 'pre-history' of their correspondence, by examining the social milieu of Naren Bhattacharya on the basis of unexplored archival records and relevant secondary literature, all the more enticing.

My current research is related to some of the themes that have emerged from my previous work on early communism, colonial surveillance and Calcutta. I am currently writing a book on the last stretch of Komagata Maru's journey and its impact on Punjabi Sikh worker-activists in Bengal from 1914 to 1947. I have recently written on the connections between Muslim slum-dwellers facing eviction, populist pan-Islamist campaigners and the dissemination of the notion of an anti-colonial jihad in Calcutta of the 1910s. I am hoping to explore this topic further and incorporate it into a wider research I am undertaking on the social history of everyday life in early twentieth century Calcutta. I am also planning to write on the emergence of early communists in India and emigre communists from India in the years immediately following the Bolshevik Revolution. Of special interest to me is the panic they generated in British and other empires of capital and the nature of 'intelligence-gathering' on them.