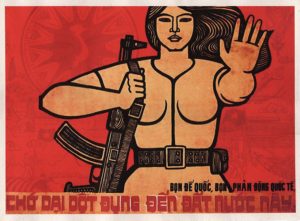 We are – with 2017 – a hundred years away from the Russian Revolution, whose audacity brought the workers and peasants of that vast region of Eurasia to power. The USSR lasted only seven decades, and – without doubt – there will be much made this year about its achievements and its failures. One can guarantee that more will be said of the latter than the former. What will be overshadowed is the achievement of the revolution itself – the fact that ordinary people could overthrow the ancient Tsarist state, form their own Soviets as a kind of ‘dual power’, and then – eventually – in the October Revolution, seize power themselves. It takes a great deal to make a revolution. It is worthwhile to pause and appreciate that achievement before one begins the necessary task of being critical of what comes next.

At LeftWord Books we have found that new scholarship on political movements and on world history has begun to erase the contribution of the communist movement. The dismissal of the Russian Revolution of 1917 is one part of this, as is the disregard for the immense importance of the Red Army and the communists of Europe who fought – in different ways – to defeat Nazism. In the Indian case, the erasure of the communists in our historiography is almost complete. Few scholars turn – in their PhDs – to the role of the communists in important struggles over the past hundred years. There is a disdain to admit their presence. They don’t even make it onto the page.

That is one of the main reasons why we, at LeftWord Books, are eager to offer space for a serious consideration of communist history. We are doing this in at least three different ways:

To give you a sense of the volume, we have extracted a section below from my introduction. This is a part of the opening of the essay called ‘History with the Communists Left Out’. The section goes over the emergence of the new labour history in the 1980s, and then wonders why this new labour history became not only antagonistic to the communists in the past but indifferent to them. Part of the reason was the shift in the political climate as the 1980s moved rightwards, but another part – related no doubt – was the emergence of the epistemology of spontaneity. In an interview I did this past summer, I called this system of thought the ‘neoliberalism of the Left’,

Over the last two or so decades, there’s been an increase in thinking among the Left, liberals, intellectuals in the direction of so-called spontaneity. In other words that uprisings happen spontaneously, people are frustrated, angry, then they spontaneously rise up. And what they don’t require is preparation, or what we used to call leadership. Leadership is another word for preparation. In other words, in times when the tempo for struggle is not very high, you prepare populations by conducting acts of courage-building, confidence-building, respect for each other. That’s what the preparation is about and it requires leadership.

So, in other words there are several studies done of peasant uprisings where the first chapter might be ‘conditions in that area’ and so the conditions are bad, and then the second chapter is a kind of conjunctural event, somebody’s shot and then there’s an uprising. But there’s no consideration, no chapter on preparation. And interestingly, if you write preparation out of history, leadership and preparation, the building of confidence among people who are exploited, you’ve actually methodologically written out the Communists because, when an uprising takes place, you don’t necessarily see red flags everywhere. You see all kinds of anarchic forms of rebellion, but the moment of preparation is when the Communists and other kinds of political forces play a role. So this denigration of preparation actually closes the door on writing the history of Communism and so when we want to bring this history back, we’re also contesting this political method which suggests there’s no room for preparation, you simply, merely wait for people to rise up.

Here below, is the extract from the Introduction to Communist Histories, volume 1:

What derailed this thrust was the emergence of Subaltern Studies that same year, and its rapid shift to an epistemology of spontaneity. The journal appeared with a great deal of élan, some of it exaggerated, as its main premises – a history from below – had been largely commonplace by then. Certainly, Subaltern Studies rekindled enthusiasm for this approach to history writing, and to the need for acute attention to the social conditions and contradictions of state policy. The essays in the first two volumes of Subaltern Studies seemed hardly unfamiliar, even though they had formally adopted vocabulary (elite-subaltern) that seemed far more reductive than the conventional Marxist class categories. By the subsequent volumes, Subaltern Studies drifted away from ‘history from below’ towards a concern with matters of elite culture and power in a disembodied fashion. Subaltern Studies correctly suggested that most of the Indian historiography had ignored the cultural worlds of the people, and that this needed emphasis. It then opted for a theory of consciousness that – as the years went by – hardened the gap between the elite and the subaltern. This bifurcated categorization had no room in it for the organizer – the trade union and peasant militant, the people who built the trade unions and the kisan sabhas, the communist and socialist parties. These people do not appear in these studies. They had to be cast out of the story or disparaged as nothing other than the elite. This is a methodology that favours political spontaneity – uprisings happen, they produce police records and oral narratives, out of which can be gleaned the consciousness of the autonomous peasantry (for Dipesh Chakrabarty, the jute mill workers remain peasants in their factory towns). The communists vanished from their record. It was history with the Communist left out.

One of the most effective ways to reduce the role of the Communists is to cast them out as outsiders who are feeble because they are culturally outsiders (Brahmins, perhaps, in a world of dalit workers). It is certainly true that the Indian Communist movement developed out of the extremist sections of the nationalist movement in Bengal, Madras, Maharashtra, and Punjab. It did not emerge in the 1920s out of the working-class and peasant struggles, although these activists learned to abjure elitist deeds of violence in favour of involvement in working-class and peasant struggles. Early work came in the working-class areas, such as in the factory towns of Jamshedpur and Bombay. In 1920, when workers struck at the Tata factory in Jamshedpur, they found their militancy sufficient but their lack of certain skills to be debilitating. ‘Messengers were sent to Calcutta for some one to lead them,’ remembered Moni Ghosh. Eight years later, having struggled alongside various left activists, the workers – now left activists in their own right – took charge of their own organisations. The Tata’s General Manager, C. A. Alexander, sensed this transformation amongst all the workers in the 1928 strike. This was ‘pucca Bolshevism’, he wrote, and the workers ‘must again be put back in their proper place’. Much the same kind of intervention by communists helped the workers to organise the Girni Kamgar Union, through which workers themselves became communists. Archana Prasad’s paper in this volume – on the Warli movement – shows that while the Parulekars played a decisive role in the early Warli struggle, it was the Warlis themselves who became communists and developed their struggles. The erasure of communists, therefore, is not the removal of the ‘outsider’ alone but also of the worker and peasant who becomes a communist and acts in his or her community as a communist.

In the first decade of Indian communism, it is certainly true that the CPI concentrated its attention in the working-class urban areas. But the agrarian crisis of the 1930s shifted the sights of the party toward the peasantry. Although Marxism came to India from Russia and not Germany, the CPI was slow to adopt the agrarian emphasis of Lenin and Mao. It was in rural Bengal alongside the peasant upsurge that the communists put down roots in the famine relief work and in the Tebhaga movement. In rural Telangana, the communists led a revolt against the landlords and against the state. It was in rural Tripura and in the coastal regions of western India, under communist leadership, that the people fought for tribal rights and land rights. Perhaps the rural struggle most in need of study is the uprising in the Thanjavur region of today’s Tamil Nadu. Harsh conditions set in place by landlords forced the dalits into the condition of bonded labour (pannayals). The young communist militants such as B. Srinivasa Rao (BSR) and A. M. Gopu went to Thanjavur, with little experience of rural areas or of labour struggles. They lived with the local dalit workers and learned of their trials first hand. It took a great deal of effort for BSR, P. Ramamurti and Gopu to build a small unit of communists in rural Thanjavur, helped by new comrades that they recruited – such as Kalappal Kuppu, who was shot dead by the police in 1948. These communists built up a Kisan Sabha unit amongst the dalit workforce, who fought against tenant eviction in the early 1950s and won the passage of the Pannayals Protection Act of 1952. The CPI was known, in Tamil Nadu, as Pallan Parayan Katchi, or the Party of Pallars and Parayars. Thanjavur was red base, largely because of the resilience of the dalit peasants of the district but also because of the dogged work of people like BSR. Their absence from the historical record suggests that political movements need not be built – they will somehow build themselves. There is a great deal of passivity suggested by the erasure of BSR, P. Ramamurti, Gopu and Kalappal Kuppu.

Ranajit Guha, the prime mover of Subaltern Studies, opened the first volume with a nod to the Italian communist Antonio Gramsci’s six-point project for the study of subaltern classes (although he does not quote them). Of these six, number four reads – ‘the formations which the subaltern groups themselves produce, in order to press claims of a limited and partial character’ – which means that a study of the subaltern classes must look carefully at the formations – the organisations – of the subaltern classes. When Gramsci elaborated on this through questions of political mobilisation and leadership, he noted, ‘Only a very skillful leadership, capable of taking into account the deepest aspirations and feelings of those human masses can prevent disintegration and defeat’. This is a manifesto for the study not only of the cultural worlds and economic landscape of the working class and peasantry, but also of their struggles through the constraints and resources of culture to produce leadership and institutions of power. A communist history, as this series of volumes would like to approximate, would find its manifesto in precisely this journey. It is what we hope to accomplish.