Bhagat Singh: ‘I will climb the gallows gladly’ 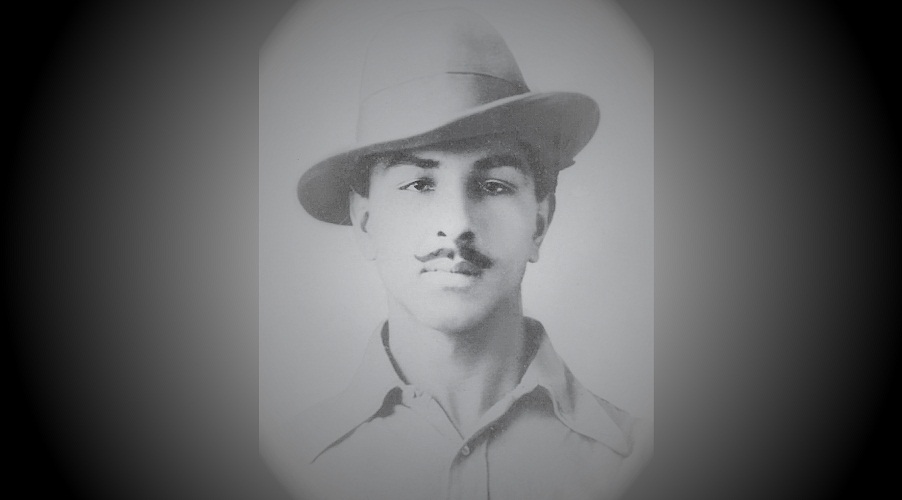 With little hope left of avoiding the gallows in the trial for the murder of a British police officer, Bhagat Singh’s father Sardar Kishan Singh submitted an appeal to the Tribunal, claiming that his son was innocent. The young revolutionary was deeply disturbed by this and wrote a terse letter to his father, admonishing him for making the appeal. After the judgement was given, he wrote to his comrade and fellow convict B.K. Dutt—sentenced to transportation for life—reminding him of the need to follow through on the ideals of revolution.

Taken from our book Jail Notebook and Other Writings (2007) of Bhagat Singh, compiled and introduced by Chaman Lal, here is our small tribute on his death anniversary to the young Communist revolutionary, fondly remembered today throughout the nation and across the political divide.

I was astounded to learn that you had submitted a petition to the members of the Special Tribunal in connection with my defence. This intelligence proved to be too severe a blow to be borne with equanimity. It has upset the whole equilibrium of my mind. I have not been able to understand how you could think it proper to submit such a petition at this stage and in these circumstances. In spite of all the sentiments and feelings of a father, I don’t think you were at all entitled to make such a move on my behalf without even consulting me. You know that in the political field my views have always differed with those of yours. I have always been acting independently without having cared for your approval or disapproval.

I hope you can recall to yourself that since the very beginning you have been trying to convince me to fight my case very seriously and to defend myself properly. But you also know that I was always opposed to it. I never had any desire to defend myself and never did I seriously think about it. Whether it was a mere vague ideology or that I had certain arguments to justify my position, is a different question and that cannot be discussed here. You know that we have been pursuing a definite policy in this trial. Every action of mine ought to have been consistent with that policy, my principle and my programme. At present the circumstances are altogether different, but had the situation been otherwise, even then I would have been the last man to offer defence. I had only one idea before me throughout the trial, i.e. to show complete indifference towards the trial in spite of serious nature of the charges against us. I have always been of opinion that all the political workers should be indifferent and should never bother about the legal fight in the law courts and should boldly bear the heaviest possible sentences inflicted upon them. They may defend themselves but always from purely political considerations and never from a personal point of view. Our policy in this trial has always been consistent with this principle; whether we were successful in that or not is not for me to judge. We have always been doing our duty quite disinterestedly.

In the statement accompanying the text of Lahore Conspiracy Case Ordinance the Viceroy had stated that the accused in this case were trying to bring both law and justice into contempt. The situation afforded us an opportunity to show to the public whether we were trying to bring law into contempt or whether others were doing so. People might disagree with us on this point. You might be one of them. But that never meant that such moves should be made on my behalf without my consent or even my knowledge. My life is not so precious, at least to me, as you may probably think it to be. It is not at all worth buying at the cost of my principles. There are other comrades of mine whose case is as serious as that of mine. We had adopted a common policy and we shall stand to the last, no matter how dearly we have to pay individually for it.

Father, I am quite perplexed. I fear I might overlook the ordinary principles of etiquette and my language may become a little bit harsh while criticising or rather censoring this move on your part. Let me be candid. I feel as though I have been stabbed at the back. Had any other person done it, I would have considered it to be nothing short of treachery. But in your case, let me say that it has been a weakness—a weakness of the worst type. This was the time where everybody’s mettle was being tested. Let me say, father, you have failed. I know you are as sincere a patriot as one can be. I know you have devoted your life to the cause of Indian independence, but why, at this moment, have you displayed such a weakness? I cannot understand. In the end, I would like to inform you and my other friends; and all the people interested in my case, that I have not approved of your move. I am still not at all in favour of offering any defence. Even if the court had accepted that petition submitted by some of my co-accused regarding defence, etc., I would have not defended myself. My applications submitted to the Tribunal regarding my interview during the hunger strike, were misinterpreted and it was published in the press that I was going to offer defence, though in reality I was never willing to offer any defence. I still hold the same opinion as before. My friends in the Borstal Jail will be taking it as a treachery and betrayal on my part. I shall not even get an opportunity to clear my position before them.

I want that public should know all the details about this complication, and, therefore, I request you to publish this letter.

The judgement has been delivered. I am condemned to death. In these cells, besides myself, there are many others prisoners who are waiting to be hanged. The only prayer of these people is that somehow or other they may escape the noose. Perhaps I am the only man amongst them who is anxiously waiting for the day when I will be fortunate enough to embrace the gallows for my ideal. I will climb the gallows gladly and show to the world as to how bravely the revolutionaries can sacrifice themselves for the cause.

I am condemned to death, but you are sentenced to transportation for life. You will live and, while living, you will have to show to the world that the revolutionaries not only die for their ideals but can face every calamity. Death should not be a means to escape the worldly difficulties. Those revolutionaries who have by chance escaped the gallows, should live and show to the world that they cannot only embrace gallows for the ideal but also bear the worst type of tortures in the dark dingy prison cells.