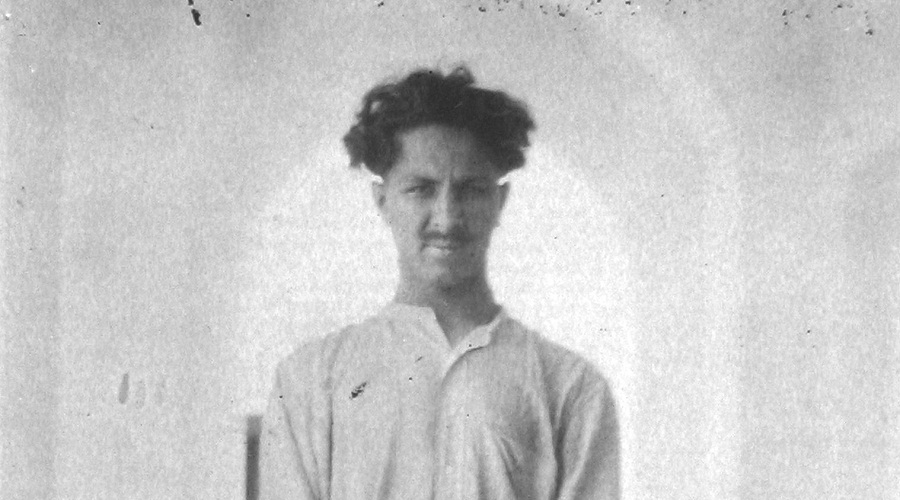 Five migrant workers from Hoshiarpur were asleep in their rented room at 5 AM in a Kolkata neighbourhood. At that precise moment, their lives changed.

A little-known episode from May 1933, locked in the Bengal police dossiers, points in the direction of lost histories of migrant workers linked with diasporic radicalism in Kolkata and the repression mounted on them by the colonial state. The records reveal the ways in which young migrant workers engaging with leftwing politics were persecuted for their convictions and affiliations by the British colonial authorities.

The Nau Jawan Bharat Sabha, a youth group founded in Punjab by Bhagat Singh among others and influenced by the Ghadar current, gained popularity among left inclined radical Sikh activists in Kolkata during the late 1920s and early ’30s. From the beginning, their activities were closely monitored by the police. A printed membership application form in Gurumukhi script was circulated by the Kolkata branch of the Nau Jawans during the second half of 1929. On 31 July, the Sabha held a public meeting of 100 Sikhs at Dwarkanath Mitra Square supporting Bhagat Singh and Batukeswar Dutta as heroes for having thrown bombs in the Imperial Legislative Assembly. The radical youth were far from numerous. The police reports mention a meeting held on 31 December, on New Year’s Eve, at 96 Asutosh Mukherjee Road by the Nau Jawan Bharat Sabha, where 12 members were present. While Surain Singh presided, Balwant Singh proposed that they change their creed as Congress had done and hoist a flag with inscriptions of ‘Independence or Death’; subsequently, ‘by common consent a red flag with yellow inscriptions was hoisted after midnight’.

Though politically negligible, the group’s adherents were persecuted in an atmosphere of wider political repression on labour and the left. On 15 February 1933, five Punjabi Sikh workers were arrested as ‘terrorists’. The police accused them of having links with the banned Bengal branches of Nau Jawan Bharat Sabha and Kirti Dal, the older organisation of communists from Punjab in Bengal. The Kirti Dal became weak in the course of 1929 and almost vanished as the Meerut Communist Trial began; the Nau Jawan Bharat Sabha did not enjoy widespread following either. Yet the extremely modest traces of a radical political network were interpreted as a threat to British colonial authority.

The arrested workers occupied a room on the third floor of 6 Ganga Prasad Mukherjee Road at Bhabanipur, a prominent South Kolkata neighbourhood. Many motor repair facilities, garages and taxi cab companies had been set up there; this was where Punjabi Sikh transport workers tended to concentrate. Four among those arrested, earned their living as drivers. When the police raided their room at 5AM in the morning, they had been asleep. Two aluminum bombs and a phial containing strong sulphuric acid were found among their effects. They claimed that the incriminating objects had been planted by the police and they were being framed. The state dismissed their plea. On 20 May they were convicted under the Arms and Explosives Substances Act (Act VI of 1908) and sentenced to 6 years’ rigorous imprisonment.

Bhagat Singh, the alleged ring-leader and the others were suspected of having imbibed a toxic mix of militant leftwing convictions and terrorist violence while living and working in the city. The Bengal Kirti Dal and Nau Jawan Bharat Sabha were instrumental, according to the police, in instilling a revolutionary tendency among them. All were from Hoshiarpur district and had migrated as young workers in search of employment. Bhagat Singh, born in 1908/1909 in Mahilpur, had passed middle school in 1923 and arrived in Kolkata in 1924. He had learnt driving at Gopal Motor Training School in the city and worked as a bus driver ‘under private masters’ till 1933 when he was jailed. His co-accused were Banta Singh, born in 1912, also from Mahilpur, a bus-driver; Pakkar Singh, born in 1908, a bus-driver; Dhanna Singh, born in 1912, a taxi-driver who had read up to fifth class in his village school; and Amar Singh, born in 1908. They were literate; diaries, leaflets and handbills in Gurumukhi script were found in their possession. Others had also been arrested in the preceding years for advocating militant socialist views. Anak Singh, born in 1905 at Ferozepur and supposedly a member of Hindustan Socialist Republican Army (HSRA) had been picked up in October 1930, committed to Presidency Jail and detained at Hijli Camp for political prisoners in March 1931. In June that year, he had been expelled from Bengal. In the case of the Bhabanipur five in 1933, their shared district origin, Punjabi neighbourhood network, livelihood, social location in the big city, association with the leftists active among transport workers, and a long regional history of phobic responses to youth activism were probably enough to criminalise them. The very factors that had brought them together could be utilised to project them as ‘conspirators’ by the state. 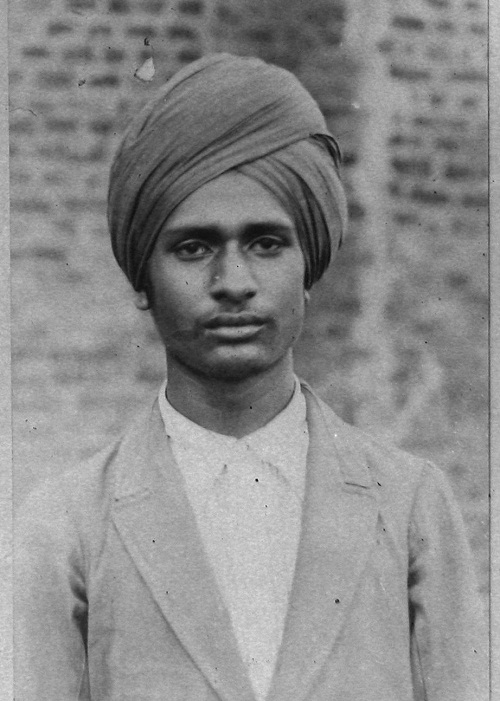 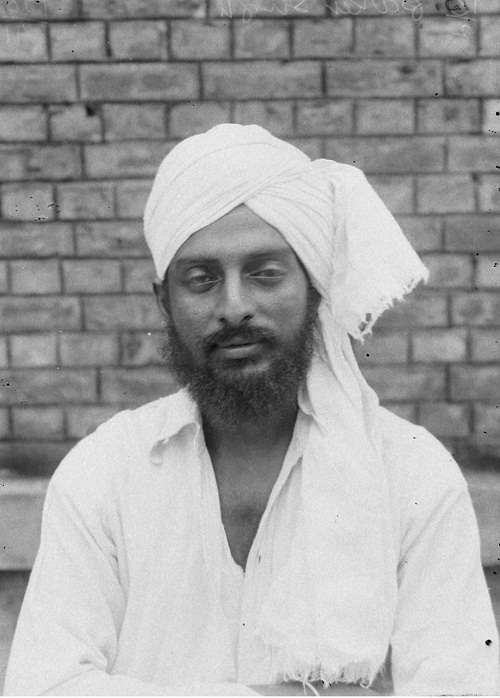 Amar Singh died in a Multan prison. Bhagat Singh, Pakkar Singh and Dhanna Singh were released from Bengal jails during 1938, having been granted remission after 5 years. Banta Singh vanished from the records. Pakkar Singh’s friendship with a Punjabi Sikh warder in Rajshahi jail led to the latter’s dismissal. The warder was ‘removed’ on the ground of being associated with a ‘terrorist’, and together, they generated a minor bureaucratic controversy. The police followed Dhanna Singh from the jail-gate to Gurudwara Jagat Sudhar at 31 Rash Behari Avenue. This Gurudwara’s location in the Kalighat area, adjacent to Bhabanipur, represented the local extensions of the Punjabi Sikh diaspora in South Kolkata. The Singh Sabha, which managed the Gurudwara, had also vouched to receive Bhagat Singh and send him to Punjab. 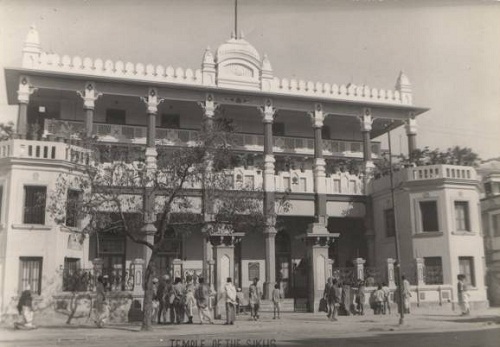 Before his release from Dum Dum Central Jail, Bhagat Singh had written a secret letter in Punjabi. Intercepted by the police, it was perceived as an instance of his enduring interest in leftwing political positions. He had wanted to know about the ongoing hunger-strike in Punjab jails, the opinion of communist and socialist leaders regarding this movement and whether they had been consulted. In the jail records, Bhagat Singh was described as ‘a Hindu/Sikh of average height (5 feet 8 inches)’, ‘fair’, of having ‘reasonably good health’ and ‘a scar just below his left eye and another scar at the root of the outer side of his left index finger’. There is an image of ‘Bhagat Singh’ in the Calcutta police records, developed from a glass negative. It is unlikely that the man in the picture is the famous revolutionary hanged in 1931; the image is of an older person. The image seems to suggest he might have given up on religious customs. Yet the Singh Sabha of 31 Rash Behari Avenue, in its letter to the colonial authorities, had offered to look after Bhagat Singh prior to his release. This act of solidarity by claiming an absent individual as a member of the congregation seemed to indicate empathy for rebels and victims. It is also to be remembered that Balwant Singh and others attended and spoke at the ‘diwans’ in this particular Gurudwara. 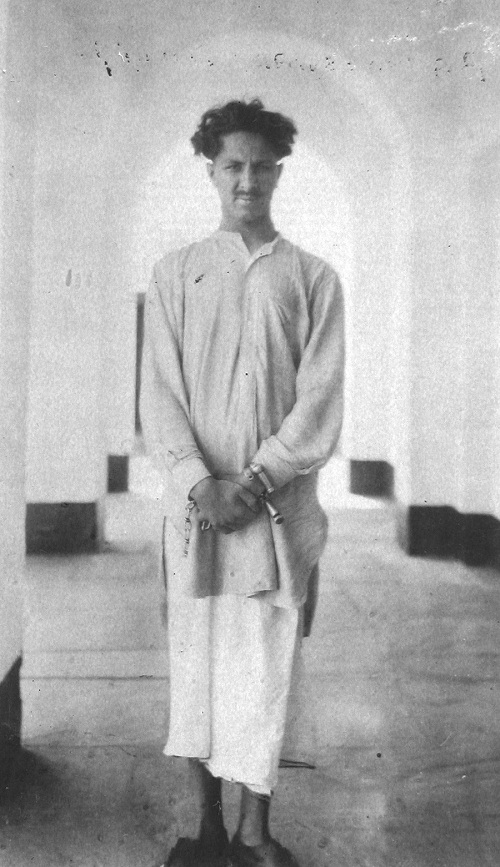 Neither the photographer nor the officials saw any irony or symbolic rejection in the photo of Bhagat Singh, the bus driver who had worked under ‘private masters’, filed away with thousands of others as a routine procedure, a mundane exercise in identification, a matter of record. Against the endless corridor of a house of incarceration, the prisoner stands with his left hand still in handcuffs, holding the chains. The right hand, clasping the left, is free. He wears a defiant and slightly sarcastic expression. Though the memories of this Bhagat Singh and these political prisoners have faded, the records and the photos testify to their resilience.

The above article is a revised version of a section from Suchetana Chattopadhyay’s monograph Voices of Komagata Maru: Imperial Surveillance and Workers from Punjab in Bengal (New Delhi: Tulika, 2018, pp. 144–49). The photographic images are also reproduced from the book.