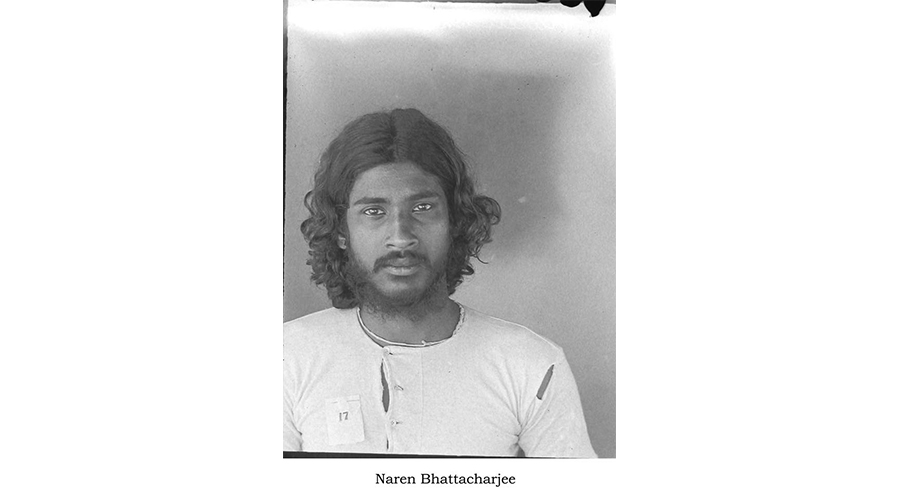 The climate of war in 1914 activated the revolutionary underground in Kolkata. Securing funds and ammunitions became a priority, in the backdrop of a wider plan to overthrow British rule. A synchronised insurrection was envisaged with the aid of German armaments, from Lahore to Singapore, in consultation with Ghadar, pan-Islamist, bhadralok and other revolutionary groups within India and abroad. The Jugantar revolutionary cells carried out several robberies to acquire arms and ammunitions. In October 1914, Narendranath Bhattacharya engineered a trick on R. L. Jenks, Chemical Examiner to the Customs and Excise Departments, residing at 3 Landsdowne Road; Jenks had advertised the intention to sell his revolver in The Statesman, the leading European daily on 4 October. Three days later, one R. N. Bhattacharji, sent a clerk to his address and purchased the weapon. The next day, Captain Wodehouse of Calcutta Police learnt of this transaction. He automatically suspected a plot. A telegram sent to RajendranathBhattacharji, Honorary Magistrate of Rajpur, 24-Parganas, enquiring whether he had acquired the weapon yielded a negative reply. It was also learnt that 133 Lower Circular Road, the address given by the so-called clerk, was a boarding house where no one by the name of R. N. Bhattacharji resided. It was used as a rented accommodation and frequented by prominent members of the revolutionary underground. During the investigation, Wodehouse dryly observed ‘Narendra Bhattacharji of Kodalia, 24-Parganas…is part-owner of these premises…The coincidence is significant to say the least of it.’ Jenks described the clerk who took delivery, as quite tall and slender, about 30, well-versed in English, light in complexion with a thin beard, and quiet, sedate and respectful manners. Naren Bhattacharya’s dossier decribed him as tall, with medium complexion and build, a slight moustache and no beard, large eyes and feet; he took long strides while walking, stood upright, baring his upper set of teeth when he spoke. Since the specifics of the ‘clerk’ did not match that of Naren, he could not be pinned down. The gun in question, a .450 bore nickel-plated 5-chambered revolver, by George Gibbs, British gun-makers, landed Jenks in troubled waters. For being negligent at war-time and allowing the ‘frauduent purchase of a revolver by a Bengali’ the police charged him under section 22 of the Arms Act. The accused claimed trial as a British subject at Alipur Court and was let off lightly with a stiff fine of Rs 50. Jenks ended up spending more than he had earned (Rs 40) through the bungled sale of his gun.

In 1915, Naren left Bengal in search of arms. One of his enemies left also, never to return. A. P. Wodehouse died in Mesopotamia during November while fighting for the British Empire. He was remembered by his friends in the colony who erected a plaque in his memory at St. Paul's Cathedral, Kolkata. Made of shiny brass, mounted on the left side of the door, one cannot miss it when stepping out of the church. As for Narendranath Bhattacharya, his Asian sojourn ended in California where he became Manabendra Nath Roy. He was no longer 'Naren Bhattacharji'.

To find out more, please read: "Being 'Naren Bhattacharji'" by Suchetana Chattopadhyay in Communist Histories: Volume 1

Image: Narendranath Bhattacharya as a young revolutionary
(Source: Photographic collection of the Bengal Police. Developed from a glass negative.)