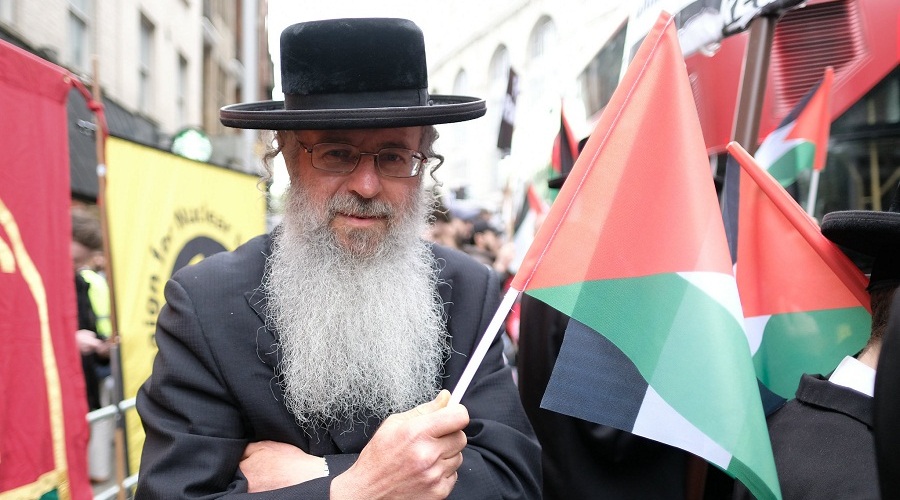 The only mutual recognition worth having, says Edward Said, is one that recognizes the suffering of both the Jewish and Palestinian people, one that insults neither the memory of the Holocaust nor that of Arab dispossession. Written in 1997, barring some references to recent events, this article might as well have been penned yesterday.

One of the most important differences between Arabs in the Arab world and those who live in the West is that on a daily basis the latter are forced to confront the Jewish experience of anti-Semitism and genocide. Year after year new books, films, articles and photographs pour out in ever-increasing volume. Last year was the year of Schindler’s List, the Steven Spielberg film that put the horrors of the Holocaust before literally hundreds of millions of people. There have been numerous controversies about the reasons for the German catastrophe, how an eminently civilized nation that had produced Europe’s greatest philosophers and musicians, and among its most brilliant scientists, poets and scholars, could have descended not just into the madness of Nazism but in the most awful programme of human extermination in history. Anyone who now lives in the United States, France, or elsewhere in Europe cannot ever escape the pictures of Auschwitz and Dachau, the constant reminders of Jewish suffering and torment, the ceaseless evidence of mass inhumanity directed against principally one people, the Jews, who despite their achievements and contributions to culture were reduced to the status of mere animals, to be gassed and cremated by the millions.

It is certainly true that a great deal of this history is not only circulated everywhere in universities, schools, museums, and public discourse in the West but is also the stuff of controversy, provided most recently by Daniel Goldhagen’s book Hitler’s Willing Executioners. Goldhagen’s thesis was that every German, not just the Nazi party nor only the psychopaths among Hitler’s entourage, was prepared to and indeed did carry out the genocide against the Jews. Most historians have disagreed with this extreme view, but the question of European and more particularly Christian mass guilt continues to exercise the Western world. Among Jewish Americans whose community was spared the horror of what happened in Europe, the Holocaust is fervently studied and memorialized; it is noteworthy, for instance, that Washington is the site of an extremely lavish Holocaust Museum and not the place where the extermination of native Americans or millions of African slaves is commemorated. To some extent, therefore, the Holocaust is used retrospectively to justify contemporary political actualities. Routinely a connection is made by critics between the history of Jewish suffering and the triumph of the American Jewish community, or between the Holocaust and Israel, one leading to and vindicating the other. And certainly there has been enough history uncovered to show that the mainstream Zionist movement was at times less interested in saving the whole Jewish people from elimination than in rescuing some for settlement in Palestine; by the same token right-wing Zionists (e.g. Shamir) during the Nazi period did contact the Germans for support and help.

All in all though, the sheer enormity of what took place between 1933 and 1945 beggars our powers of description and understanding. The more one studies this period and its excesses the more one must conclude that for any decent human being the slaughter of so many millions of innocents must, and indeed should weigh heavily on subsequent generations, Jewish and non- Jewish. However much we may concur, say, with Tom Segev in his book The Seventh Million, that Israel exploited the Holocaust for political purposes, there can be little doubt that the tragedy’s collective memory and the burden of fear it places on all Jews today is not to be minimized. Yes, there were other collective massacres in human history (native Americans, Armenians, Bosnians, Kurds, etc.). And yes some were neither sufficiently acknowledged by the perpetrators nor adequately compensated, but there is no reason at all, in my opinion, not to submit oneself in horror and awe to the special tragedy besetting the Jewish people. As an Arab in particular I find it important to comprehend this collective experience in as much of its terrible concrete detail as one is capable: this act of comprehension guarantees one’s humanity and resolve that such a catastrophe should never be forgotten and never again recur.

Such a view of Jewish suffering was afforded Arab commentators during the trial of Adolf Eichmann in Israel early in the 1960s when the trial was used by Israel to lay out the full horrors of Nazi genocide. Right-wing Lebanese Phalanges commentators claimed that the whole business was baseless propaganda, but elsewhere in the Arab press of the time (in Egypt and in the mainstream Lebanese press) the Eichmann affair was reported with due consideration given to the appalling events in wartime Germany. Yet according to a study of the period by Dr. Usama Makdisi, a young Lebanese historian at Rice University in Houston, Texas, Arab reports of the trial concluded that though what was done to the Jews in Germany was indeed a crime against humanity, Israel’s crime of dispossessing and expelling an entire people constituted no less a crime of the same kind. Dr. Makdisi discovered that there was no attempt to equate the Holocaust with the Palestinian catastrophe, only that judged by the same standards, Israel and Germany were both guilty of heinous crimes of enormous magnitude. My own feeling is that perhaps the Eichmann trial was useful to the Arab side during the psychological battles of the 1960s as a way of exposing Israeli callousness to the Arabs and not especially as an attempt to acquaint Arab readers with details of the Jewish experience.

Yet except for a few Jewish intellectuals here and there — for example, the American rabbi Marc Ellis, or Professor Israel Shahak — reflections by Jewish thinkers today on the desolate history of anti-Semitism and Jewish solitude has been inadequate. For there is a link to be made between what happened to Jews in World War Two and the catastrophe of the Palestinian people, but it cannot be made only rhetorically, or as an argument to demolish or diminish the true content both of the Holocaust and of 1948. Neither is equal to the other; similarly neither one nor the other excuses present violence; and finally, neither one nor the other must be minimized. There is suffering and injustice enough for everyone. But unless the connection is made by which the Jewish tragedy is seen to have led directly to the Palestinian catastrophe by, let us call it “necessity” (rather than pure will), we cannot co-exist as two communities of detached and uncommunicatingly separate suffering. It has been the failing of Oslo that it planned in terms of separation, a clinical partition of peoples into separate, but unequal, entities, rather than grasping that the only way of rising beyond the endless back-and-forth violence and dehumanization is to admit the universality and integrity of the other’s experience and to begin to plan a common life together.

I cannot see any way at all (a) of not imagining the Jews of Israel as in decisive measure really the permanent result of the Holocaust, and (b) of not also requiring from them acknowledgment of what they did to the Palestinians during and after 1948. This means that as Palestinians we demand consideration and reparations from them without in any way minimizing their own history of suffering and genocide. This is the only mutual recognition worth having, and the fact that present governments and leaders are incapable of such gestures testifies to the poverty of spirit and imagination that afflicts us all. This is where Jews and Palestinians outside of historical Palestine can play a constructive role that is impossible for those inside who live under the daily pressure of occupation and dialectical confrontation. The dialogue has to be on the level I have been discussing here, and not on debased questions of political strategy and tactics. When one considers the broad lines of Jewish philosophy from Buber to Levinas and perceives in it an almost total absence of reflection on the Palestinian issue, one realizes how far one has to go.

What is desired therefore is a notion of coexistence that is true to the differences between Jew and Palestinian, but true also to the common history of different struggle and unequal survival that links them. There can be no higher ethical and moral imperative than discussions and dialogues about that. We must accept the Jewish experience in all that it entails of horror and fear; but we must require that our experience be given no less attention or perhaps another plane of historical actuality. Who would want morally to equate mass extermination with mass dispossession? It would be foolish even to try. But they are connected — a different thing altogether — in the struggle over Palestine which has been so intransigent, its elements so irreconcilable. I know that at a time when Palestinian land is still being taken, when our houses are demolished, when our daily existence is still subject to the humiliations and captivity imposed on us by Israel and its many supporters in Europe and especially the United States, I know that to speak of prior Jewish agonies will seem like a kind of impertinence. I do not accept the notion that by taking our land Zionism redeemed the history of the Jews, and I cannot ever be made to acquiesce in the need to dispossess the whole Palestinian people. But I can admit the notion that the distortions of the Holocaust created distortions in its victims, which are replicated today in the victims of Zionism itself, that is, the Palestinians. Understanding what happened to the Jews in Europe under the Nazis means understanding what is universal about a human experience under calamitous conditions. It means compassion, human sympathy, and utter recoil from the notion of killing people for ethnic, religious, or nationalist reasons.

I attach no conditions to such comprehension and compassion: one feels them for their own sake, not for political advantage. Yet such an advance in consciousness by Arabs ought to be met by an equal willingness for compassion and comprehension on the part of Israelis and Israel’s supporters who have engaged in all sorts of denial and expressions of defensive non-responsibility when it comes to Israel’s central role on our historical dispossession as a people. This is disgraceful. And it is just unacceptable simply to say (as do many Zionist liberals) that we should forget the past and go on to two separate states. This is as insulting to Jewish memories of the Holocaust as it is to Palestinians who continue in their dispossession at Israel’s hands. The simple fact is that Jewish and Palestinian experiences are historically, indeed organically, connected: to break them asunder is to falsify what is authentic about each. We must think our histories together, however difficult that may be, in order for there to be a common future. And that future must include Arabs and Jews together, free of any exclusionary, denial-based schemes for shutting out one side by the other, either theoretically or politically. That is the real challenge. The rest is much easier.