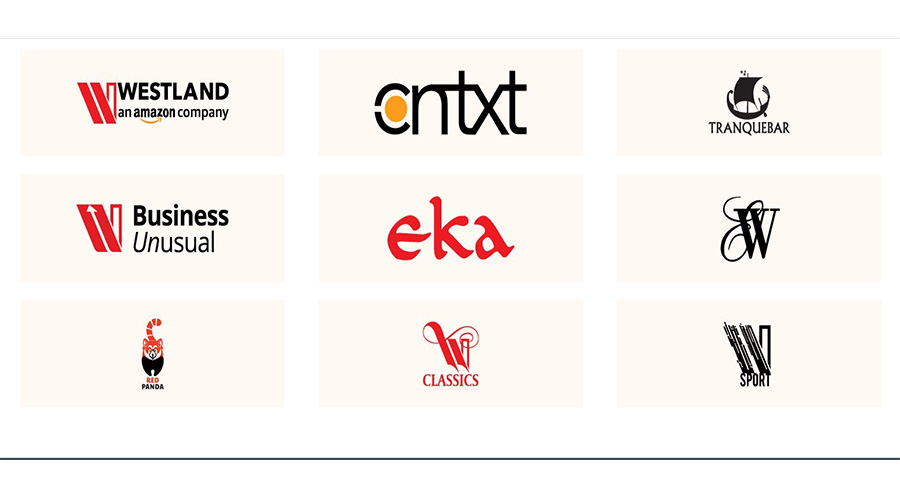 [This post was written and published on 1 February 2022, the day Amazon announced that Westland was going to be wound up.]

Just five years after it acquired Westland as a wholly owned subsidiary, Amazon today announced to its employees the decision to shut it down. The news, first reported by Mint Lounge (February 1, 2022), has raised concerns about the future of Westland’s catalogue even as it has generated wide-ranging responses of disappointment and ‘heartbreak' from authors and readers on social media platforms.

Founded in 1994 by late K.S. Padmanabhan, and Hemu Ramaiah of Landmark bookstores, Westland was a book distributing company. Its sister company, East West Books, had been distributing trade and academic books since 1990. At about the same time, East West began publishing first-time authors and translations of well-known authors under the Manas imprint. By 2000, Westland was one of the largest book distributors in the country. The two companies were merged into Westland Ltd. when Trent, the Tata group’s retail subsidiary, acquired them in 2005.

It was in February 2016 that Amazon bought 26 per cent stake in Westland. In October the same year, it bought the remaining 74 per cent, and Westland became a wholly owned subsidiary of the global conglomerate. The move was seen as a part of Amazon’s plan to expand its presence in the Indian book market.

India, with its growing consumer market, has been important to Amazon’s expansion plans since it started doing business here in 2013. By 2016, the US-based company was lobbying hard to operate its flagship online retail business, which was not possible under the Indian FDI Policy of 2015. To go around the rules, it created and invested in B2B companies through which it could sell on the Amazon India store. Though the rules for e-commerce changed, and becoming stricter in part, over time Amazon succeeded in circumventing the FDI laws.

While Amazon’s horizontal expansion in India’s book market was not a surprise, it was a big deal for Indian publishing. It was the first time that an Indian publishing company was being acquired by a foreign one. Other multinationals, some of whom had existed in partnership with Indian entities, set up fully owned companies after the year 2000, when 100 per cent FDI was allowed in Indian book publishing. Amazon’s outright purchase of a brand that by then counted commercially successful authors like Ashwin Sanghi, Rujuta Diwekar, Amish Tripathi and Preeti Shenoy in its list, was seen as the next big chapter for India’s book industry. Even Chetan Bhagat left his publisher, Rupa, and jumped on the bandwagon.

Amazon was already a trade publisher when it acquired Westland. It had been one since setting up Amazon Publishing as subsidiary company in 2009. Amazon Publishing has grown to 16 imprints with nine offices around the world, and describes itself as “a leading publisher of commercial and literary fiction, nonfiction, and children’s books.”

But Westland remained a subsidiary of the parent company. In other words, it was independent of Amazon Publishing. Unlike Avalon Books, a family-run independent US publisher of science fiction, which Amazon bought in 2012 and merged with Amazon Publishing. Amazon had also dabbled in other publishing arrangements, notably with Seth Godin (The Domino Project) and Houghton Mifflin Harcourt (the controversial New Harvest imprint), which didn’t survive.

As an Amazon company, Westland, with East West and Tranquebar imprints under its umbrella, launched new imprints. Of them, Context for literary fiction and non-fiction, Eka for translations and Red Panda for children’s books originated some of the best titles in those segments, drawing well-known authors and establishing a stronger publishing brand.

So what explains Amazon’s decision to shut Westland? An official Amazon spokesperson told Mint Lounge via email today: “After a thorough review, we have made the difficult decision to no longer operate Westland. We are working closely with the employees, authors, agents, and distribution partners on this transition and we remain committed to innovating for customers in India.”

And what might the innovation be? In Amazon’s world, where ‘Amazon’ is the name of the game, it could be that Amazon will launch its own Amazon Publishing in India by cannibalising Westland. Based on what the Indian company’s employees told Scroll.in today—“that they have been told that efforts will be made to place them elsewhere in the Amazon system”—this is the most likely scenario.

It is hard to imagine that Amazon would give up the impressive lists (‘intellectual property’) that Westland created under Context and Eka. Amazon Publishing and its imprints like Amazon Crossing (world literature) could easily absorb the titles. In 2015, the company had invested $10 million in Amazon Crossing “as a commitment over the next five years to increase the number and diversity of its books in translation.”

And Amazon’s publishing ambitions are just a part of its larger plan to control the marketplace—of everything, not just books. As the journalist Blake Montgomery, writing about Amazon Publishing in The Atlantic, put it elegantly: “Content is the hook; commerce is the goal.” It has been the Amazon way ever since Jeff Bezos launched his online bookselling company from his garage in 1994.

After the dismay over the demise of a venerable Indian publishing company dies down, what will remain is the story of a bigger and badder corporate making a meal of book publishing.

Vinutha Mallya is a journalist and book editor. Currently, she is Senior Editor at People's Archive of Rural India (PARI).