Thomas Bernhard (1931-1989) grew up in Salzburg and Vienna, where he studied music. In 1957 he began a second career as a playwright, poet, and novelist. He went on to win many of the most prestigious literary prizes of Europe (including the Austrian State Prize, the Bremen and Brüchner prizes, and Le Prix Séguier), became one of the most widely admired writers of his generation, and insisted at his death that none of his works be published in Austria for seventy years, a provision later repealed by his half-brother.
Related Titles
OTHER AUTHORS

T. Jayaraman is currently Professor and Chairperson, Centre for Science, Technology and Society, School of Habitat Studies at the Tata Institute of Social Sciences, Mumbai. Trained as a theoretical

After more that 2 decades of journalism and academic careers in Mumbai, Anoop Babani and Savia Viegas moved to Goa in 2005. Today both are avid cyclists, besides being active in arts, education, and f

Omar Barghouti is an independent Palestinian commentator and human rights activist. He is a founding member of the Palestinian Campaign for the Academic and Cultural Boycott of Israel (PACBI) and t 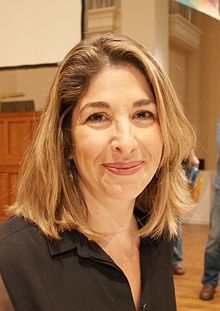 Naomi Klein is a Canadian author and journalist who authored three landmark books — No Logo (1999), Shock Doctrine: The Rise of Disaster Capitalism (2007) and This Changes Everything: Capital