Suchitra Vijayan was born and raised in Madras, India. Her work has appeared in The Washington Post, GQ, The Boston Review, The Hindu, and Foreign Policy, and she has appeared on NBC news. A Barrister by training, she previously worked for the United Nations war crimes tribunals in Yugoslavia and Rwanda before co-founding the Resettlement Legal Aid Project in Cairo, which gives legal aid to Iraqi refugees. She is an award-winning photographer, the founder and executive director of the Polis Project, a hybrid research and journalism organization. She lives in New York.
Related Titles
OTHER AUTHORS

Roland Boer is not your average scholar, nor is he a typical theologian. The academic who enjoys stirring up debate with articles under such arresting titles as 'Lenin the Nudist', believes a measu 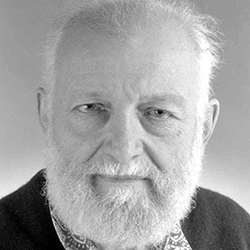 Richard Levins is John Rock Professor of Population Sciences, Department of Population and International Health at Harvard University, Boston, MA. He is the author, along with Richard Lewontin, of

Asif Farrukhi is an author, critic and translator, known for his short stories and essays, seven anthologies of short fiction, and two collections of critical essays. He is the editor of Duniyazad,

Yashpal (1903-1976) began to write while serving a life sentence for his participation, as a comrade of Bhagat Singh and Chandrashekhar Azad, in the armed struggle for India's independence. What he

Kalpana Sharma is an independent journalist and author based in Mumbai. In over four decades as a journalist, she has worked with Himmat Weekly, The Indian Express, Times of India and The Hindu. Sh

Prabhu P. Mohapatra is Associate Professor of History at the University of Delhi, India.