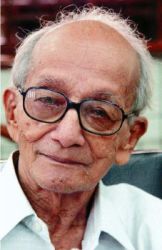 Martin Reynolds, a Lecturer in Systems at The Open University and Chair for Environmental ethics. He has researched and published widely, including his book: Operational Research and Environmental Man

Sara Pilot is the Chairperson and co-founder of Center for Equality and Inclusion (CEQUIN).

Kenneth Neill Cameron (1908-94), Professor Emeritus at the Department of English, New York University (1963-75), was a literary scholar and editor.