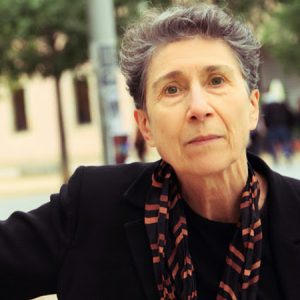 Silvia Federici is a feminist activist, writer, and a teacher. In 1972 she was one of the cofounders of the International Feminist Collective, the organization that launched the Wages For Housework campaign internationally. In the 1990s, after a period of teaching and research in Nigeria, she was active in the anti-globalization movement and the U.S. anti–death penalty movement. She is one of the co-founders of the Committee for Academic Freedom in Africa, an organization dedicated to generating support for the struggles of students and teachers in Africa against the structural adjustment of African economies and educational systems. From 1987 to 2005 she taught international studies, women studies, and political philosophy courses at Hofstra University in Hempstead, NY. All through these years she has written books and essays on philosophy and feminist theory, women’s history, education and culture, and more recently the worldwide struggle against capitalist globalization and for a feminist reconstruction of the commons.

Peter Mertens is a leader of the Workers’ Party of Belgium. He has served as a member of the Chamber of Representatives since 2019, and as a Municipal Councillor in Antwerp since 2013.

Jasbir Jain (born 1937) is a writer and Honorary Director of the Institute for Research in Interdisciplinary Studies, Jaipur. She is the recepient of many awards and fellowships and has authored se

K. Satchidanandan is a leading Indian poet He is also perhaps the most translated of contemporary Indian poets, having 32 collections of translation in 19 languages, including Arabic, Chinese, Japanes