Rajinder Azad was born on December 4, 1986 in a small village called Herian in the district of Shaheed Bhagat Singh Nagar, Punjab. In 2006, he went to Australia to study community welfare and there he was introduced to the work of Dr. Ambedkar by a Friend. Through radio and television, he brought awareness about caste-discrimination in India and outside to Australia. He has written for  Australian media on same subject. In 2016, he has moved to USA and currently resides in California. He continues working towards translating Punjabi Dalit literature to English. 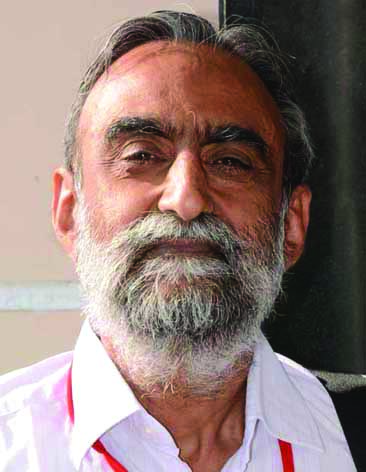 Robyn Marsack is a writer, translator and academic from New Zealand. She is the author of The Cave of Making (1982), and an award-winning translator of Nicolas Bouvier's The Scorpion-Fish

Dr. Vishwanath Pandey is a Ph.D. in Sociology and graduate of Law and Journalism. An author and columnist, he is well known in the corporate and business communication world. He has been the Office