Pranab Kanti Basu is presently on the faculty of the Department of Economics and Politics, Visva-Bharati, where he teaches Marxian Economics. His previously published books are both in Bengali. The first was a primer in economic theory published by the West Bengal State Book Board. The second was on 'A postmodern look at Feudalism'. His recent publications are 'Political Economy of Land Grab', Economic and Political Weekly, Mumbai, 2007; 'Globalisation and Primitive Capital Accumulation', Radical Notes, May 2007; 'Problematising Space', Socialist Perspective, Kolkata, 2008. His abiding interest is in what has been termed New Economic Criticism, the intersection of economics, literary criticism and philosophy. 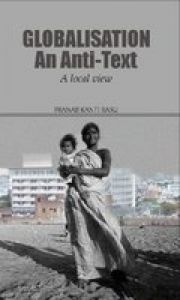 The focus of the book is on the international economic organisations: the World Bank, IMF and the WTO. In some sense, one can also use this as a common person's guide to the logic of international ...

MARGIT KOVES currently teaches Hungarian at the Department of Slavonic and Finno-Ugrian Studies, University of Delhi. She has been a Fellow of the ICHR, ICSSR and ICPR and has published several art

Peter Custers (1949-2015) was a Dutch journalist and researcher who worked extensively on South Asia, particularly Bangladesh.

Étienne Balibar is Professor of Philosophy at the Universite de Paris-X. His other publications in English include The Philosophy of Marx and, with Immanuel Wallerstein, Race, Nation, Class.

Ravish Kumar (born on 5 December 1974) is an Indian TV anchor, writer, journalist, and media personality. He is the Managing Editor of NDTV India, the Hindi news channel of the NDTV news network and h

Franco Berardi, aka "Bifo," founder of the famous "Radio Alice" in Bologna and an important figure of the Italian Autonomia Movement, is a writer, media theorist, and media activist. He currently t 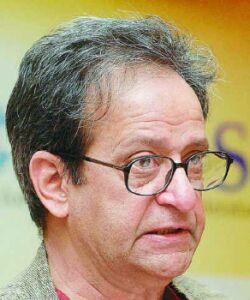 Dr. Arvinder A. Ansari is an Associate Professor of Sociology at Jamia Millia Islamia, New Delhi, specializing in Gender Studies, Minority Studies, and Sociology of Exclusion and Inclusion, Ethnici

Jeremy Seabrook is a researcher, journalist and writer. His recent books include Pauperland: Poverty and the Poor in Britain and People Without History: India’s Muslim Ghettos (Navayana).