Perumal Murugan is a prominent author of Tamil literature. An award-winning writer, poet and scholar, he has garnered both critical acclaim and commercial success for his vast array of work. Some of his novels have been translated into English to immense acclaim, including Seasons of the Palm, which was shortlisted for the Kiriyama Prize in 2005, and One Part Woman, his best-known work, which was shortlisted for the Crossword Award and won the prestigious ILF Samanvay Bhasha Samman in 2015. 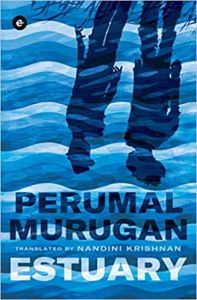 Saurabh Dube is an Indian scholar whose research explores questions of colonialism and modernity, law and legalities, caste and community, evangelization and empire, and popular religion and subalt

Unnamati Syama Sundar grew up in Vijayawada on a diet of Calvin and Hobbes, Dennis the Menace, Chacha Chaudhary and Amar Chitra Katha. He is doing his doctoral research at Jawaharlal Nehru University