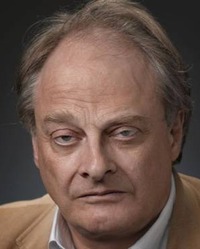 Patrick Oliver Cockburn (born 5 March 1950) is an Irish journalist who has been a Middle East correspondent for the Financial Times and, since 1991, the Independent. He has also worked as a correspondent in Moscow and Washington and is a frequent contributor to the London Review of Books. He has written three books on Iraq's recent history. He won the Martha Gellhorn Prize in 2005, the James Cameron Prize in 2006, the Orwell Prize for Journalism in 2009,[1] Foreign Commentator of the Year (Editorial Intelligence Comment Awards 2013, Foreign Affairs Journalist of the Year (British Journalism Awards 2014), Foreign Reporter of the Year (The Press Awards For 2014).
Related Titles
OTHER AUTHORS

JOYA MITRA is a full-time writer, and author of several novels and collections of poems in Bengali. Her involvement with politics began while she was a college student in the late '60s. Her poetry

Michael E. Tigar is Edwin A. Mooers Scholar and Professor of Law at Washington College of Law, American University. Until 1998, he held the Joseph D. Jamail Chair in Law at the University of Texas