Niladri R. Chatterjee is Professor, Department of English, University of Kalyani, West Bengal. His doctoral work was on the novelist Christopher Isherwood. A recipient of Fulbright Scholarship and the British Council-Charles Wallace Fellowship, he co-edited The Muffled Heart: Stories of the Disempowered Male, contributed to The American Isherwood and so on. He has published in the journal American Notes and Queries, Intersections and has recently begun contributing to The Wire. He has reviewed for Gay and Lesbian Review Worldwide (US). He has been teaching a course in gender studies at his university since 2009. 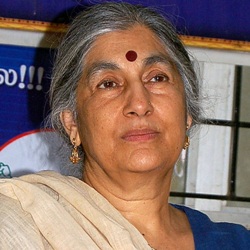 Subhashini Ali, formerly the president of the All India Democratic Women's Association, is a Politburo member of the Communist Party of India (Marxist).

Madhu Trivedi teaches history in the School of Open Learning, University of Delhi. She is the author of The Making of the Awadh Culture. She has published several research articles on a variety of

Baby Kamble worked as an activist in Phaltan, a small town in Satara district of Maharashtra. A veteran of the Dalit movement in Maharashtra, she was inspired by the radical leadership of Dr Babasaheb