Fernando Gonzalez Llort is one of the ‘Cuban Five’, the revolutionary heroes, unfairly imprisoned in the United States for fighting against terrorist organizations that have operated from US territory against Cuba. In 2017 he was appointed President of Cuba’s Institute for Friendship with the Peoples (ICAP). A graduate of International Relations, Fernando served as an internationalist combatant in southern Angola between 1987–89.

Krupa Shandilya is an Associate Professor of Sexuality, Women's and Gender Studies at Amherst College, Amherst, Massachusetts, United States. She is the author of the monograph Intimate Relations:

Shipra Kiran is an Editor at Vaam Prakashan.

Amita Kanekar is a Mumbai-based writer, whose well-received debut novel A Spoke in the Wheel was published by Harper Collins Publishers, India. Kanekar teaches comparative mythology at the Universi 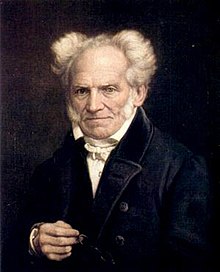 Arthur Schopenhauer was a German philosopher. He is best known for his 1818 work The World as Will and Representation, which characterizes the phenomenal world as the product of a blind noumenal wi