Edwin Mortimer Standing (1887-1967) was a close friend and assistant to pioneering Italian educator Maria Montessori for over thirty years. Born in Madagascar to Quaker missionaries Lucy and Herbert Standing, Standing was educated at Cambridge University. After working as a tutor in India in the early 1920's, Standing converted to Catholicism in 1923 and spent the next three decades directing Montessori teacher-training courses in Italy, India and the United Kingdom. He authored several books, including The Child in the Church: Essays on the Religious Education of Children and the Training of Character (co-authored with Montessori; Sands Publishers, 1930), Maria Montessori: Her Life and Work (Academy Library Guild/Plume, 1957) and The Montessori Method: A Revolution in Education (Academy Library Guild, 1962). In the summer of 1962 at the invitation of William J. Codd, SJ, Professor of Education at Seattle University, Standing came out of retirement from his home in Cork County, Ireland. Originally, Standing was invited to the university to help teach a special four-week summer session on Montessori education, instead Standing and Fr. Codd inaugurated a permanent center for Montessori studies at Seattle University. Their goal was to promote the Montessori movement in the Pacific Northwest. After his death in 1967, the bulk of Standing's notes, manuscripts and ephemera became the nucleus for scholarship and research for courses taught through the E. M. Standing Montessori Studies Center (circa 1968-1978). In the fall of 1973, Fr. Codd introduced a teacher-training program for undergraduates. Before the program ceased in 1986, three directors headed the program: Sister Christina Trudeau (ca. 1973-1976), Miss Karla Marken (1976-1977) and Professor John Chattin-McNichols (1979-1986). 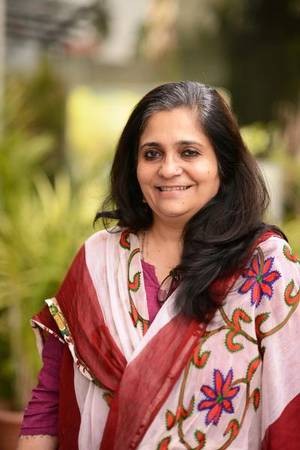 Teesta Setalvad is a human rights activist and journalist. She is secretary of Citizens for Justice and Peace, an organization that has fought to get justice for the victims of the anti-Muslim pogr

Shad Naved teaches in the Comparative Literature programme, School of Letters, Ambedkar University Delhi. He is currently working on a monograph, Against Vernacularity: Historical Eros in the Urdu