In 1936, a Hindu reformist group invited Dr B.R. Ambedkar to deliver its annual lecture. When the group read an advance copy of the text of the speech, it found the contents “unbearable ” and rescinded its invitation. Ambedkar published the text on his own.   It offers a scholarly critique of the Vedas and shastras —scriptures the Hindus regard as sacred, scriptures that sanction the world ’s most hierarchical and iniquitous social system. The world ’s best known Hindu, Mahatma Gandhi, responded to the provocation. The hatchet was never buried. This extensively annotated edition of  Annihilation of Caste  is introduced by Arundhati Roy. Her introduction,  The Doctor and the Saint, looks at the ways in which caste plays out in modern India, and how the conflict between Ambedkar and Gandhi continues to resonate into the present day. It takes us to the beginning of Gandhi ’s political career in South Africa, where his views on race, caste and imperialism were shaped. It tracks Ambedkar ’s emergence as a major political figure in the national movement, and shows how his scholarship and intelligence illuminated a political struggle beset by sectarianism and obscurantism. Roy breathes new life into Ambedkar ’s anticaste utopia, and says that without a Dalit revolution, there cannot be any other in India. Bhimrao Ramji Ambedkar  was born in 1891 into an ‘Untouchable ’ family of modest means. One of India ’s most radical thinkers, he transformed the social and political landscape in the struggle against British colonialism. He was a prolific writer who oversaw the drafting of the Indian Constitution and served as India ’s first Law Minister. In 1935, he publicly declared that though he was born a Hindu, he would not die as one. Ambedkar eventually embraced Buddhism, a few months before his death in 1956. Arundhati Roy  is the author of the novel  The God of Small Things. Collections of her recent political writings have been published as  Listening to Grasshoppers  and  Broken Republic. This book is published by Navayana.

CASTE | HISTORY | RELIGION |
Skip to the end of the images gallery 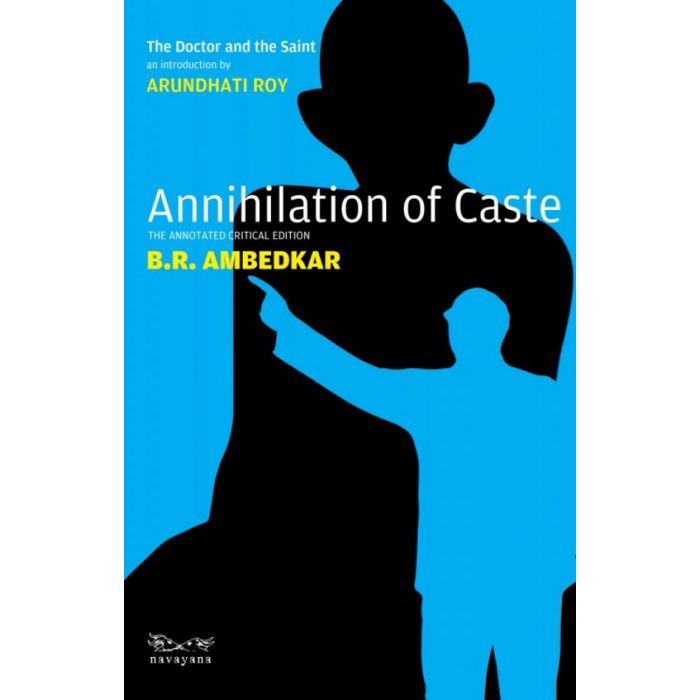