Religious beliefs of the Adivasis of India

Adi Dharam unfolds before us a way of life, based on Egalitarian Principles, a continuum of nature, ancestor and human, and a symbiosis between human and animal kingdom. It emerges from a lost world the whole of humanity shared once. It was the world of magic where the creator and the created lived together. It was a spirit-centric world as opposed to anthropocentrism of the normative religions. The survival of the adi dharam is, therefore, crucial for the survival of all, the toiling and peace-loving people of the world, both indigenous and non-indigenous. The struggle to protect the land, forest and water is the precondition of the survival of the adi dharam. The ‘another world’ that we all believe is possible has to be built on the foundation of the reconstructed world of the Adi Dharam.

(From The Preface By Samar Bosu Mullick)

Adivasi people have a distinctive and positive religious identity. Despite the fact that this obviously has been suppressed so far, and other religious systems have hijacked and internalised different elements in the varying degrees, there ought to be an awakening of self-pride among the Adivasi peoples regarding their distinctive religious heritage. This identity will strengthen their solidarity, which will be helpful for their security and progress.

RELIGION | ANTHROPOLOGY |
Skip to the end of the images gallery 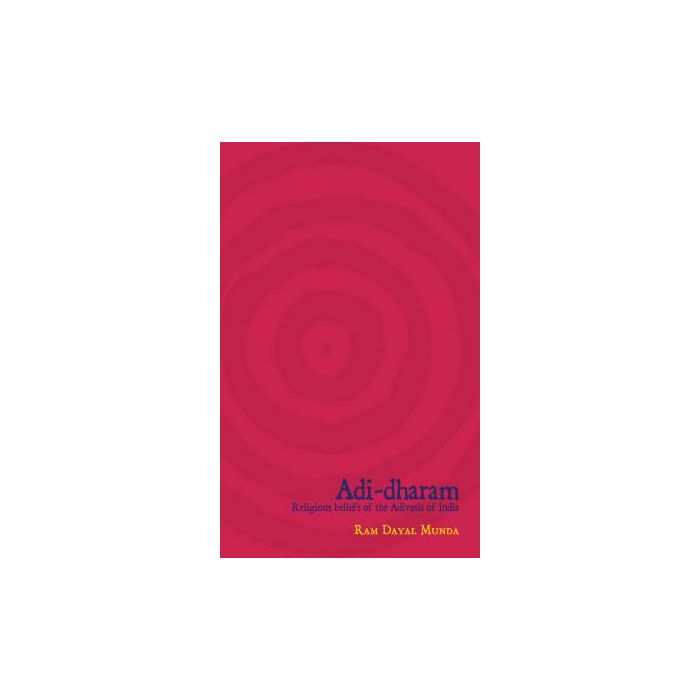