LeftWord Books is a New Delhi-based publishing house that seeks to reflect the views of the left in India and South Asia. We publish critical and analytical works on a range of subjects, and pay special attention to works on Marxist theory. We project the interests of the working people and movements for social transformation. Set up in 1999, LeftWord runs and manages May Day Bookstore and Café, which is next door to a theatre space, Studio Safdar LeftWord Books is the publishing division of Naya Rasta Publishers Pvt Ltd.

In case you have trouble finding us, please use the directions given below.


If you have a manuscript you'd like to share with us, write to Vijay or Sudhanva at:

If you have sales and marketing related queries, Suvendu will help you out:

If there's anything else you'd like to write to us about, send in an email to:

For issues related to any order(s) you've placed, please write to us at:

At our 20th anniversary celebration this year, we took a look back at why we started, the challenges we faced, the friends we made and the fun we had. Big shout-out to Anoushka Mathews of NewsClick for this story.

Vijay Prashad speaks on Teesta Setalvad's book, Foot Soldier of the Constitution: A Memoir. As the BJP demonised Teesta Setalvad, he says, we felt it was important for her to tell her own story, so that the real Teesta can be understood by people. 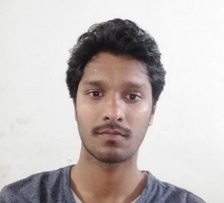 Rajendra manages our accounts. Which means he knows more about us than most of the other staff, even though he works part time and we don’t get to see him very often. Committed to social justice, he provides his valuable services to other progressive publications and organisations like People’s Democracy, Indian Writer’s Forum as well as AIDWA. 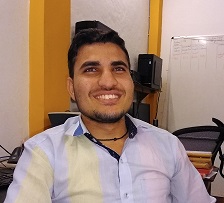 Shahid is our Accounts Assistant. He’s responsible for data entry and generating sales reports, making our lives easier. Also, if you’ve ever received a neatly packed book from LeftWord, you can thank him the next time you visit our store. After work, he goes home and, just as diligently, studies for the bachelor’s degree he is pursuing. But the thing we like most about him is his relentlessly cheerful demeanour. 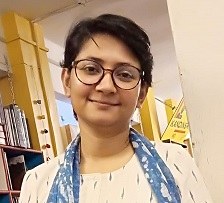 Purbasha divides her time between LeftWord and Tulika Books, where she has a much broader profile. But she takes care of some crucial business for us here, like sending out books for review, ensuring our weekly newsletter gets sent on time, and handling e-books. If you’re one of our authors, or a distributor or editor looking for an updated catalogue of our books, among other things, you’re most likely to deal with her. When she’s not working, she likes indulging her other interests – apart from reading, of course – painting, photography and travel. If Purbasha suggests a book to you, read it. Her book suggestions are highly underrated. 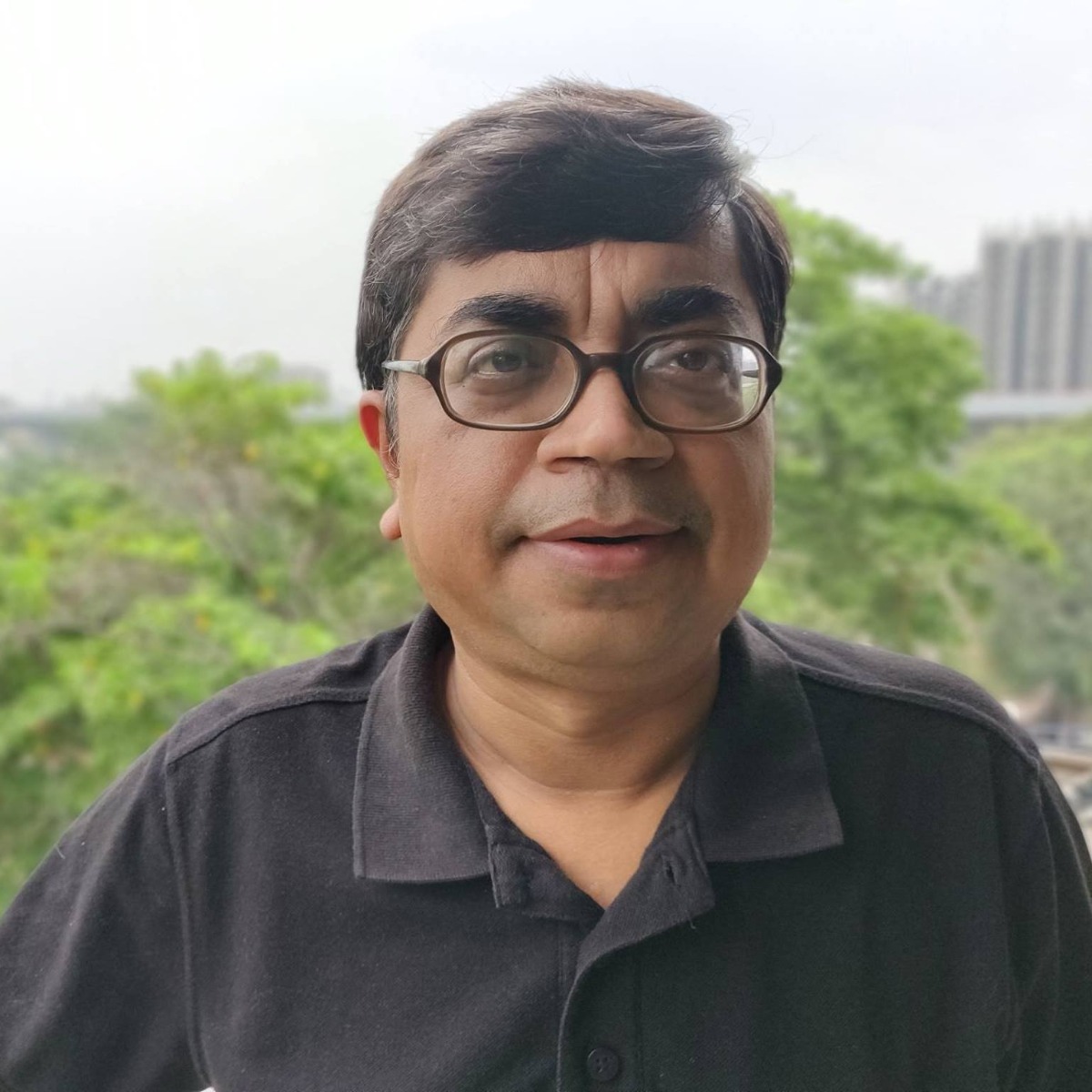 Sanjay Kundan is a man of many parts – journalist, celebrated poet and fiction writer, foodie, Patna-lover. We reached out to him and asked him if he'd help us create our Hindi list, and he agreed, making us very happy indeed. He is now Editorial Consultant for Vaam Prakashan, besides pursuing his own literary interests. He's committed to establishing Vaam Prakashan as a cutting-edge imprint of progressive literature in Hindi, and we are excited to have him guide us. 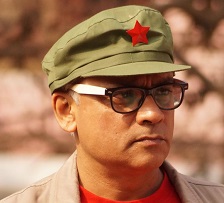 Sudhanva, our Managing Editor, is an actor and theatre director, who sometimes pretends to be a publisher. As the first employee of LeftWord Books back in 1999, he helped us get going. Then, when we moved into our current premises in 2011, he insisted, against common sense, on starting the May Day Bookstore. For a long time, he was the only editor at LeftWord. Now, his editorial responsibilities have reduced a bit, while his managerial responsibilities have gone up. The look of LeftWord is his doing. He doesn’t own a car, but he does have two beautiful bicycles, which are his primary mode of transport in Delhi. We believe he does occasional bit roles in Hindi films only so he can buy more bicycle gear. He can be reached at sudhanva@leftword.com. 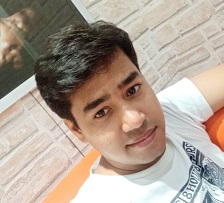 A foodie and pan-India food guide who doubles as our Marketing Manager, Suvendu is responsible for sales and marketing. That includes dealing with distributors, working with fraternal publishers whose books we sell, and who sell ours, the printing of our books, sourcing and allocating funds for our various operations, and the logistics of it all. And he won’t make you wait for a response to your marketing and sales related queries sent to suvendu@leftword.com. Simply put, he’s indispensable to LeftWord; partly because it is he who prepares and serves coffee and tea to us. 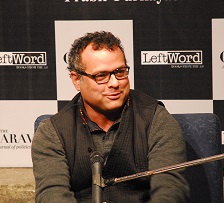 Vijay was one of the first authors we published, and he continues to be our most prolific author even after joining as Editor. He is the writer and/or editor of about 20-odd books (give or take a few). A tireless journalist, reporting from different parts of the globe for The Hindu, Frontline, BirGun and the Independent Media Institute, Vijay might actually be a set of half a dozen identical clones. We’re not sure. If you have editorial queries or want to submit a manuscript or proposal, write to vijay@leftword.com. One of his clones will respond. 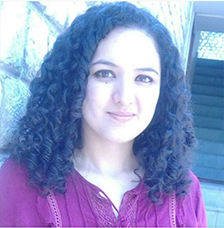 Winnie was managing an apple orchard up in the Himalayas near Shimla when she heard we were looking for an English editor. Now, why anyone on earth would want to give up the clean crisp mountain air and serenity for Delhi's chaos we don't know. Winnie says it's because she feared her lungs would become too pure, so they needed a dose of pollution. But we know the real reason: she loves language, and words, and the ways that you string them together to make sentences, and the ideas that tie them together to make manuscripts, and all the care that goes into turning the author's words into tastefully designed books. Come to think of it, that's a passion all of us share!