I Know the Psychology of Rats

“Why am I writing this book? Is it because I feel my time is running out? Perhaps that is true. It is becoming more and more difficult to remember the conversations, camaraderie, intellectual debates and dialectical upheavals with a friend. Then I think: Will all of this make sense to my readers? … I don’t know. But I have to present this wonderful, crazy, vulnerable friend of mine to the world because he deserves it – and because, I firmly believe, he had not ‘lost it’…

I also hope the reader will find the book interesting because there is a story in it: of a deeply passionate Indian and world citizen who, by using humour, the absurd and the grotesque, attempted to unravel our times … a man who I thought was an unimaginative workaholic when I first met him at the Pune Film School in 1973. He would later become my friend, partner, confidante – and his name was Kundan Shah.

The short unassuming man in glasses who looked more like a clerk than a film-maker had been through a tumultuous journey while attempting to unmask the ‘big lie’ that all of us have to accept the political, economic and social circumstances we find ourselves in. This is his story. It is also a story about two people who could not have been more different from each other – and who, over time and circumstance, in a life-encounter of Jaane Bhi Do Yaaro meeting up with Albert Pinto, built an incredibly strong bond of trust and friendship. You could even call them ‘comrades’: Kundan Shah and I, Saeed Mirza.”

Nachiket Patwardhan, architect, artist and filmmaker, has been illustrating books since 1971.

Saeed Mirza, author and filmmaker, is a pioneer of the ‘New Wave’ progressive cinema in India. All his films have won major awards, including the National Film Awards. He is the director of the popular television serials Nukkad and Intezaar, as well as several documentary films on social welfare and cultural activism.

BIOGRAPHY & MEMOIR | POLITICS |
Skip to the end of the images gallery 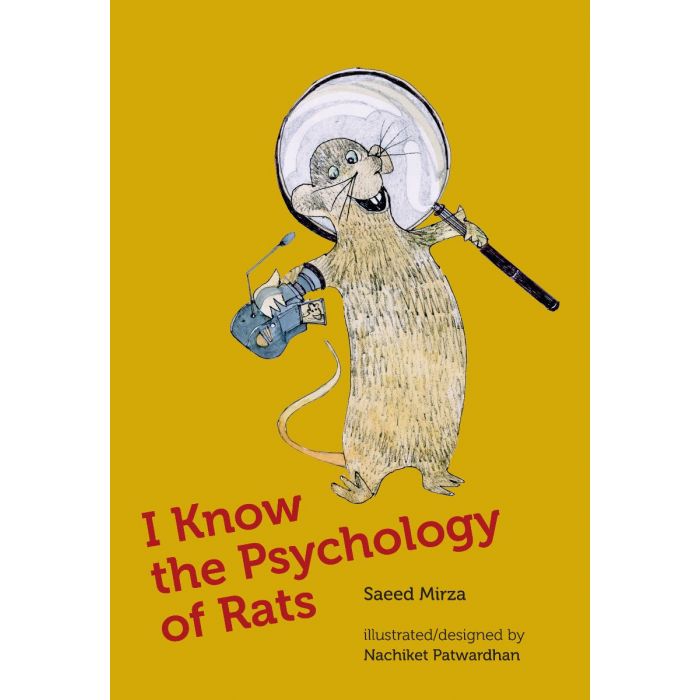