The 59th annual volume of the Socialist Register offers a careful political assessment of the organization and practices of the modern corporation that underpin the parameters of power in capitalist societies.

Original essays address the mythologies of 'stakeholder' governance beloved by liberal reformers, the renewal of financial capital since the great recession, the continued centrality of the oil and extractive sectors to the world market, and the global logistics coordinating the circulation of capital. The volume also looks at new forms of worker organizing to match the new ways value is being produced and circulated, notably in key firms like Amazon and in central zones of world capitalism in China, the US, and Brazil.

A special section honours and appraises the contribution of Leo Panitch to socialist analysis and strategy today.

Alfredo has degrees in Economics from the Universities of Brasilia (Brazil) and London (SOAS). He has worked in universities and research institutions based in Brazil, Canada, Japan, Mozambique, Switzerland and the UK, and was a senior economic affairs officer at the United Nations Conference on Trade and Development (UNCTAD). His research interests include the political economy of development, industrial policy, neoliberalism, alternative economic policies, Latin American political and economic development, inflation and stabilisation, and the labour theory of value and its applications.

Nicole Aschoff is the author of The New Prophets of Capital and an editor at Jacobin magazine. Her work has appeared in numerous outlets including The Guardian, The Nation, Al Jazeera, and Dissent magazine.

POLITICS | ECONOMICS |
Skip to the end of the images gallery 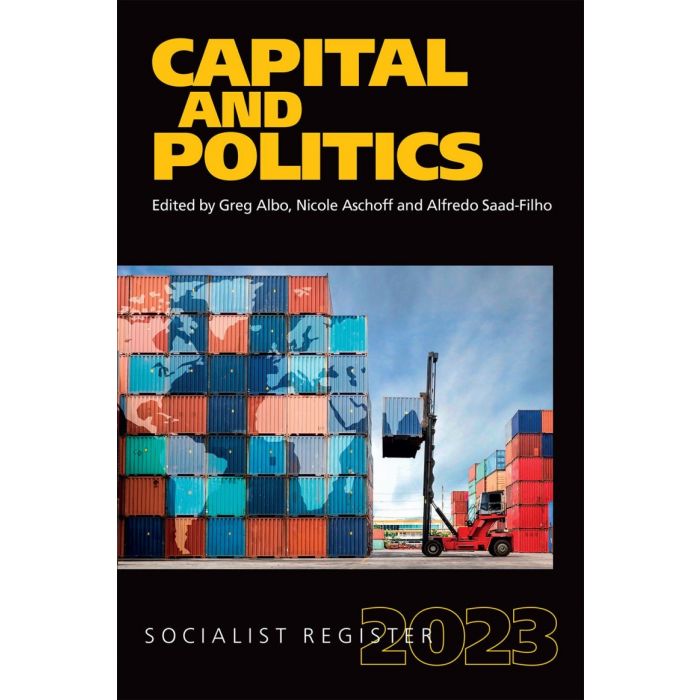