As we publish, an investigation is going on in France on whether there was corruption and illegal kickbacks in the deal, that involves corporate entities including those in the Anil Dhirubhai Ambani Group and other groups.

The authors, independent journalists Ravi Nair and Paranjoy Guha Thakurta, have placed on record all sides to the story by interviewing dozens of knowledgeable persons, those supportive of, as well as those opposed to, the Rafale deal to ascertain if public interest has been properly served.

This is hardly the first defence purchase deal to attract considerable public attention and which has raised allegations of corruption and favouritism, it is by far the largest scandal of its kind to have come to light so far.

This the deepest dive into the scandal so far but the full story about the Rafale deal is yet to be told.

Paranjoy Guha Thakurta (born 5 October 1955) is a well-known Indian journalist and political commentator. He has been associated with many newspapers and magazines including Business India, Businessworld, The Telegraph, India Today and The Pioneer and has authored several books. He was, for a short time, the editor-in-chief of Economic & Political Weekly.

Ravi Nair was born in Kerala in November 1973. He completed a post-graduate degree in economics from the University of Calicut in 1995. Thereafter, he worked in the corporate sector till 2014 before becoming a consultant. He has written for various publications and websites, including Janta Ka Reporter (where he broke the story on the Rafale scandal in November 2017), the Wire, MoneyLife, NewsCentral, Frontline and Newsclick. He lives in Delhi with his wife Sunu Maria Abraham and their children Abhay and Aaditya. 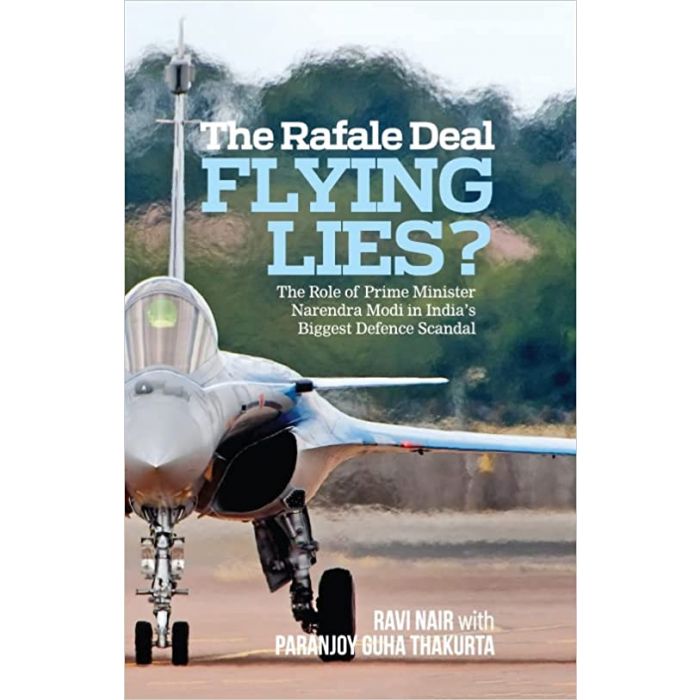