The Education of Yuri

‘We are born alone and we die alone. In between, we reach out to other people.’

At fifteen, Yuri Fonseca of downmarket Mahim—sometimes awkward, sometimes lonely—gets lucky. He finds a friend, Muzammil Merchant of upmarket Pedder Road. Then he loses him, and almost finds him again. In between, he learns something about jealousy, shame, desire and guilt. He stumbles into his first sexual encounter, and he thinks he has fallen in love. He understands how one can hurt and be hurt, and how one can give and find unexplained happiness. He struggles to write poetry, worries if he will ever get and hold a job, and flirts briefly with Naxalism.

Over five years in the strange crucible of Elphinstone College in 1980s’ Bombay—the vast and throbbing city that both claims and disowns him—Yuri tries to make sense of himself. And we are drawn, effortlessly and completely, into the spell of his story.

The Education of Yuri proves yet again that few authors anywhere write with greater warmth, wit and compassion about human emotions and relationships than Jerry Pinto. This glorious novel is among the best ever written on urban adolescence in India.

Jerry Pinto is the author of the novels Murder in Mahim (2017) and Em and the Big Hoom (2012; winner of the Hindu Prize and the Crossword Book Award), and the non-fiction book Helen: The Life and Times of an H-Bomb (2006; winner of the National Award for the Best Book on Cinema). His other books include Asylum and Other Poems, Surviving Women, A Bear for Felicia, Monster Garden, When Crows Are White and, as editor, A Book of Light: When a Loved One Has a Different Mind, Reflected in Water: Writings on Goa, The Greatest Show on Earth: Writings on Bollywood, Bombay, Meri Jaan: Writings on Mumbai (with Naresh Fernandes) and Confronting Love: Poems (with Arundhathi Subramaniam). He has also translated (from Marathi) Daya Pawar’s classic autobiography Baluta, and the memoirs I Want to Destroy Myself (Mala Udhvasta Vhachay) by Malika Amar Shaikh and I, the Salt Doll (Mee Mithaachi Baahuli) by Vandana Mishra.

Jerry Pinto also teaches journalism at the Sophia Institute of Social Communications Media in Mumbai and is on the board of directors of Meljol, which works in the sphere of child rights.

In 2016, Jerry Pinto was awarded the Windham-Campbell Prize and the Sahitya Akademi Award. 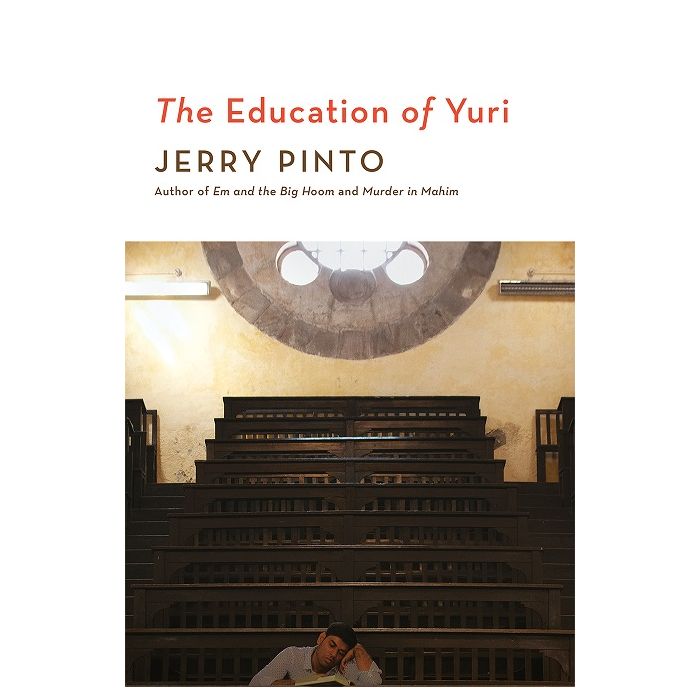