Imaan entered Central Jail as an infant—in the arms of Zahura Bibi, his mother, who was charged with the murder of his father and who died when he was six. He left twenty years later, having spent his time thus far shuttling between a juvenile home and prison. With no home to return to, Imaan ends up at the Jadavpur railway station, becoming a ragpicker on the advice of a consummate pickpocket.

The folk of the railside—rickshaw-pullers, scrap dealers, tea-stall owners, those who sell corpses for a little bit of money—welcome him into their fold, but the world of the free still baffles him. Life on the platform is disillusioning, and far more frightening than the jail he knew so well. This free world too is a prison, like the one he came from, only disconcertingly large. But no one went hungry in jail. And everyone had a roof over their heads.

Unable to cope in this odd world, Imaan wishes to return to the security of a prison cell. He is told that, while there is only one door out of prison, there are a thousand through which to return. Imaan—whose name means honesty, conscience—is he up to the task?

Written in Manoranjan Byapari’s inimitable style, where irony and wry humour are never too far from bitter truths, this new novel is a searing exploration of the lives of the faceless millions who get by in our towns and cities, making it through one day at a time.

Arunava Sinha translates classic, modern and contemporary Bengali fiction and non-fiction into English. Sixty-one of his translations have been published so far. Twice the winner of the Crossword Book Award for Best Translation, for Sankar’s Chowringhee (2007) and Anita Agnihotri’s Seventeen (2011), respectively, and the winner of the Muse India translation award (2013) for Buddhadeva Bose’s When The Time Is Right, he has also been shortlisted for The Independent Foreign Fiction prize (2009) for his translation of Chowringhee and for the Global Literature in Libraries Initiative Translated YA Book Prize for his translation of Md Zafar Iqbal’s Rasha, and longlisted for the Best Translated Book award, USA, 2018, for his translation of Bhaskar Chakravarti’s Things That Happen and Other Poems. His translation of Manoranjan Byapari’s Batashe Baruder Gandha (There’s Gunpowder in the Air) was shortlisted in 2019 for the JCB Prize for Literature, the Crossword Book Award, the Mathrubhumi Book of the Year Prize and the DSC Prize for South Asian Literature. Besides India, his translations have been published in the UK and the USA in English, and in several European and Asian countries through further translation. He is an associate professor of practice in the Creative Writing department at Ashoka University.

Manoranjan Byapari was born in the mid-fifties in Barishal, former East Pakistan. His family migrated to West Bengal in India when he was three. They were resettled in Bankura at the Shiromanipur Refugee Camp. Later, they were forced to shift to the Gholadoltala Refugee Camp, 24 Parganas, and lived there till 1969. However, Byapari had to leave home at the age of fourteen to do odd jobs. In his early twenties, he came into contact with the Naxals and with the famous labour activist Shankar Guha Niyogi, founder of the Chhattisgarh Mukti Morcha at the Dalli Rajhara Mines, who were leading a revolution to reclaim lands of the tribals from feudal lords who had captured them by unfair means.

Byapari was sent to jail during this time, where he taught himself to read and write. Later, while working as a rickshawpuller in Kolkata, Byapari had a chance meeting with the renowned Bengali writer Mahasweta Devi, who urged him to write for her journal Bartika. He has published twelve novels and over seventy short stories since.

Some of his important works include Chhera Chhera Jibon, Ittibrite Chandal Jibon (memoir), the Chandal Jibon trilogy (novels) and Motua Ek Mukti Senar Naam. Until 2018, he was working as a cook at the Hellen Keller Institute for the Deaf and Blind in West Bengal. In 2014, Byapari was given the Suprabha Majumdar Prize, awarded by the Paschimbanga Bangla Akademi. He also received the Sharmila Ghosh Smriti Literary Prize in 2015. In 2018, the English translation of his memoir, Ittibrite Chandal Jibon (Interrogating My Chandal Life), received the Hindu Prize for nonfiction. In 2019, he was awarded the Gateway Lit Fest Writer of the Year Prize. Also, the English translation of his novel Batashe Baruder Gandha (There’s Gunpowder in the Air) was shortlisted for the JCB Prize for Literature 2019, the DSC Prize for South Asian Literature 2019, the Crossword Book Award for Best Translation 2019 and the Mathrubhumi Book of the Year Prize 2020. He was appointed chairman of the newly instituted Dalit Sahitya Akademi in Bengal in 2020. Several of his books will be appearing in Bengali, English, Hindi and Malayalam in 2021.

Two of his novels will be published in the USA by the independent publisher AntiBooks Club in the spring of 2022. Byapari was recently elected a member of the Bengal Legislative Assembly. 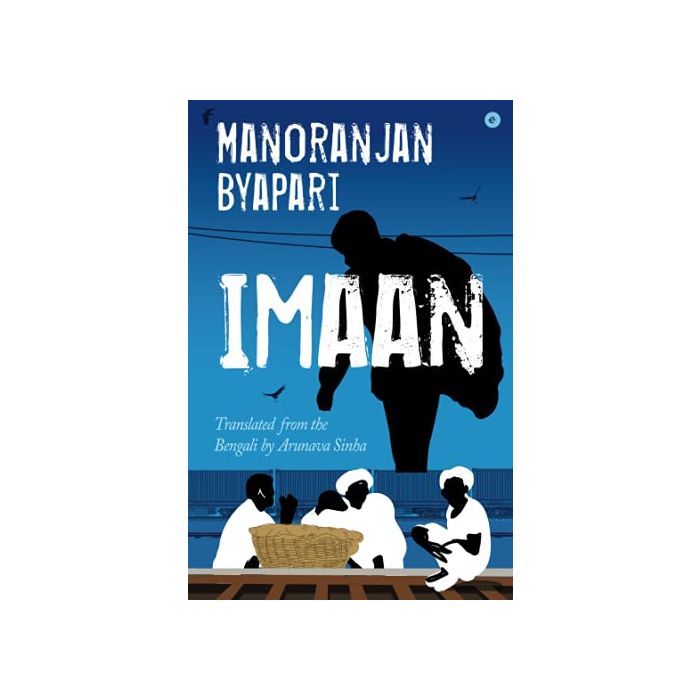