Gopher Prairie, a bastion of prosaic, small-minded, middle-class values. Its newest inhabitant is the beautiful young college graduate Carol Milford moves from the city to tiny Gopher Prairie after marrying the local doctor, and tries to bring culture to the small town. But Carol is no match for the town's provincialism, and her struggle to overcome the complacency, bigotry, and hypocrisy of Gopher Prairie becomes author's devastating and satiric take on all small towns.

Lewis's portrayal of a marriage torn by disillusionment and a woman forced into compromises is at once devastating social satire and persuasive realism. His subtle characterisations and intimate details of small-town America make Main Street a complex and compelling work established Lewis as an important figure in twentieth-century American Literature.

Born Harry Sinclair Lewis in Sauk Centre, Minnesota, he began reading books at a young age and kept a diary. A dreamer, at age 13 he unsuccessfully ran away from home, wanting to become a drummer boy in the Spanish-American War. At first, he produced romantic poetry, then romantic stories about knights and fair ladies. By 1921 he had six novels published.

In 1930, Sinclair Lewis became the first American author to be awarded the Nobel Prize in Literature. The award reflected his ground-breaking work in the 1920s on books such as Arrowsmith (1925). He was also awarded the Pulitzer Prize for Arrowsmith, but declined it because he believed that the Pulitzer was meant for books that celebrated American wholesomeness and his novels, which were quite critical, should not be awarded the prize.

Lewis was innovative for giving strong characterization to modern working women and his concern with race. Restless, he traveled a lot and in the 1920s he would spend time with other great artists in the Montparnasse Quarter in Paris, France where he would be photographed by Man Ray.

Alcohol would play a dominant role in his life and he died of the effects of advanced alcoholism in Rome, Italy.

He created the fictional cities of Gopher Prairie, Minnesota and Zenith, Winnemac. 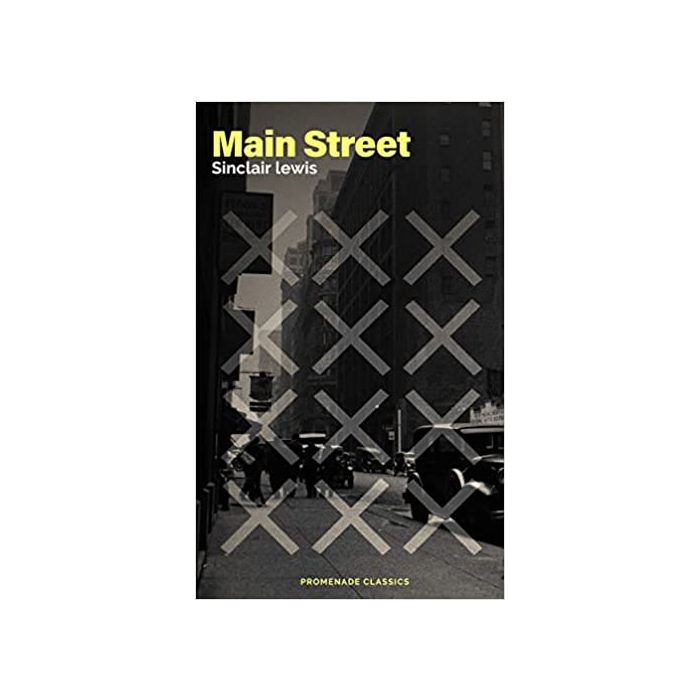