Tales of the Natural and the Supernatural

Bibhutibhushan Bandyopadhyay Translated from the original Bengali by: Debashish Sen With a Foreword by: Tathagata Banerjee

This is a selection of fifteen short stories, and an extract from a novel, by the iconic Bengali writer Bibhutibhushan Bandyopadhyay. An eclectic mix of stories pertaining to the natural world and the supernatural, they straddle his two abiding concerns—Man and Nature. Some depict urban and mofussil life in big cities like Calcutta; others, set in remote pockets of rural Bengal and tribal areas bordering Jharkhand and Bihar, depict the unadorned, rustic ways of life there, testament to Bibhutibhushan’s boundless love for India’s forests.

The modern Bengali ghost story has flourished since the late nineteenth century. Bibhutibhushan, a prominent writer of this genre, draws upon the venerable tradition of haunted house stories, to which he adds tales of haunted or accursed objects, insanity, guardian spirits, and also lycanthropy, rare in Bengali literary fiction. Deeply religious—though not in any conventional sense—and possessed of a profound curiosity about all things living and otherwise, Bibhutibhushan appears to have believed in life after death. But he is also a writer who celebrates life itself, in all its aspects, with a catholicity of vision and a prodigious empathy, especially for those on its very margins. Each story in this collection, eerie or not, carries the indelible Bibhutibhushan trademark, of being unforgettable once read.

Debashish Sen’s translations bring to life Bibhutibhushan’s fictional worlds with as much felicity to his craft as a deep understanding and knowledge of the writer’s worldview. This volume is a must-read, especially for readers outside Bengal unfamiliar with the magic of one of Bengal’s most-loved and legendary writers.

The Author
Bibhutibhushan Bandyopadhyay (1894–1950), the author of eighteen novels and nearly two hundred and fifty stories, is indisputably one of Bengal’s greatest and most loved writers, and a principal architect of modern Bangla fiction and realism. A master wordsmith, with an equal gift for both the novel and the short story, his works have been widely translated and adapted for the small and big screen, most famously, his first novel Pather Panchali and its sequel Aparajito, by Satyajit Ray. Deeply lyrical, with a profound empathy for all facets of life and the living, and a sharp eye for the extraordinary in the guise of the ordinary, his other well-known works include Aranyak, Adarsha Hindu Hotel, Debjan, Ashani Sanket, and Chander Pahar.

The Translator
Debashish Sen is a writer, translator, and a literary scholar specialising in nineteenth-century English literature, with an interest in the psychoanalytic study of novels and fictional characters. He is the author of Psychological Realism in 19th Century Fiction: Studies in Turgenev, Tolstoy, Eliot and Brontë.

Foreword
Tathagata Banerjee is Associate Professor of English Literature at Bangabasi College, under the University of Calcutta, and a literary critic, writer and translator of Bangla fiction. He is the grandson of Bibhutibhushan Bandyopadhyay. 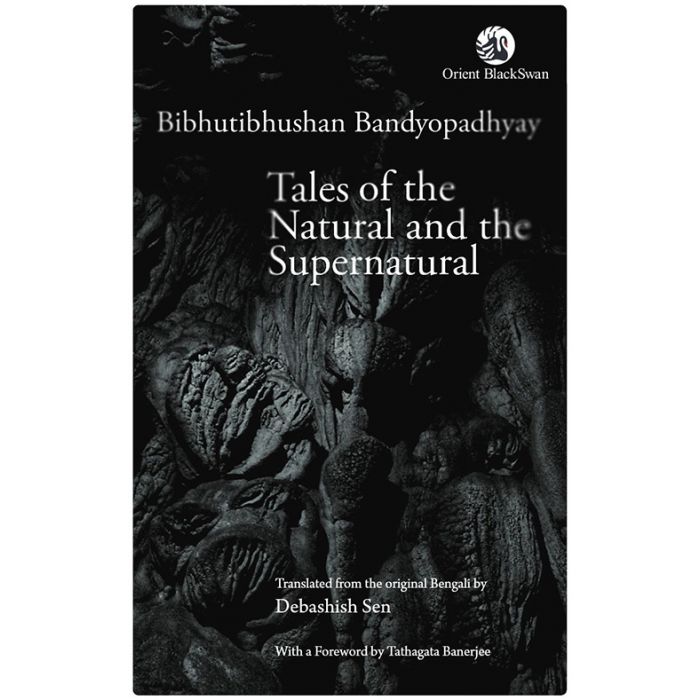