A towering figure in twentieth-century Indian theatre, Habib Tanvir was an actor, director and playwright, working in Hindi and Urdu. He founded the Naya Theater in 1959, through which he created remarkable works drawing on the history and traditions of the indigenous people of Chhattisgarh. This volume brings together four of his best-known plays, anthologized for the first time.

Agra Bazar (1954), set in the early nineteenth century amid the bustle of a colourful street market in the iconic North Indian city, is woven together by the wonderfully human voice of the poet Nazir, and examines some of important cultural and socioeconomic issues of the period, such as the declining influence of the Urdu language and the growing power of English in colonial India. Charandas Chor (1975), Tanvir’s most famous work, is the story of a folk hero who robs the rich much in the style of Robin Hood and evades the law until he comes up against one wall he cannot scale—his own commitment to the truth. In Bahadur the Wine Seller (1978), translated here for the first time, Tanvir reinvents a nearly forgotten Chattisgarh folk tale about a mother–son relationship in which he finds echoes of Oedipus. The Living Tale of Hirma (1985) dramatizes a historical event in which a headstrong ruler of an Indian tribe clashes with people who want to replace the indigenous way of life with newfound ideals of democracy, leading to disastrous results.

Enriched by introductory texts and an intensive interview with Tanvir that covers the milestones of his illustrious career, this volume will be the perfect introduction to Tanvir’s work for English-language theatre enthusiasts and scholars. 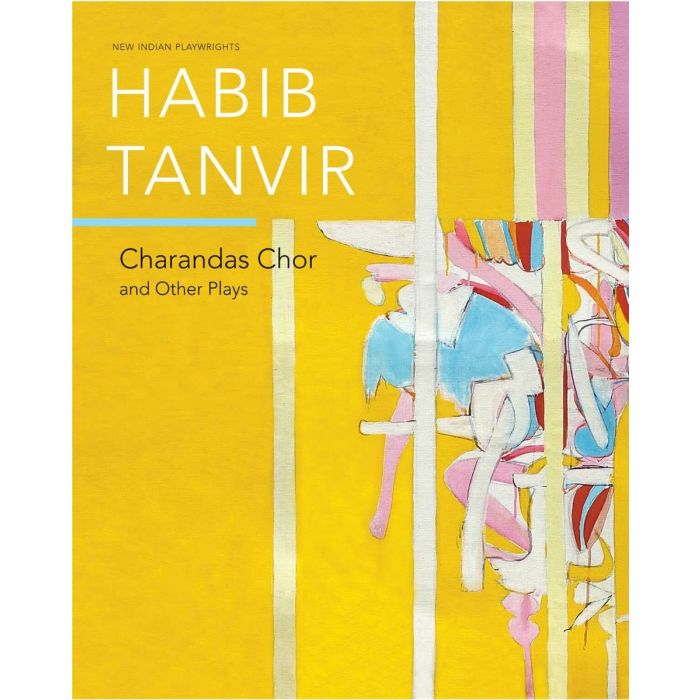