Let us create a rebellious isle
From the atoms of conscience.
Let us all summon
Clouds of thunderstorms
And fierce cyclones.
[...]
Come! You people of soil!
Break free from oppression and turmoil.
Heat your iron-resolution
In the embers of the fire
That glows fiercely in your hearts.

INR 500.00
In stock
SKU
LWB737
This selection from Bangla writing comprises of translated short stories and poems penned by Bengali Dalit women. Until a few decades back, Bangla Dalit literature was written primarily by men who were constantly negated by the mainstream publishers. Compelled to publish their own works in forms of literary journals, little magazines, and collected anthologies; which also offered space for fellow Dalit women writers to bring out their tales. Literary Magazines run by women played a key role in encouraging more writers. Kalyani Thakur Charal and Sayatan Dasgupta have brought together the focus on gender-caste and gender-class relationships with the language of Dalit Bengali women which has been overlooked and deliberately omitted for far too long.

Kalyani Thakur Charal is a poet turned novelist and editor of Neer Rituparna. She has been appointed as a member of the Bangla Dalit Sahitya Academy.

Sayantan Dasgupta is Associate Professor Professor of Department of Comparative Literature, Jadavpur
LITERATURE | DALIT STUDIES |
Skip to the end of the images gallery 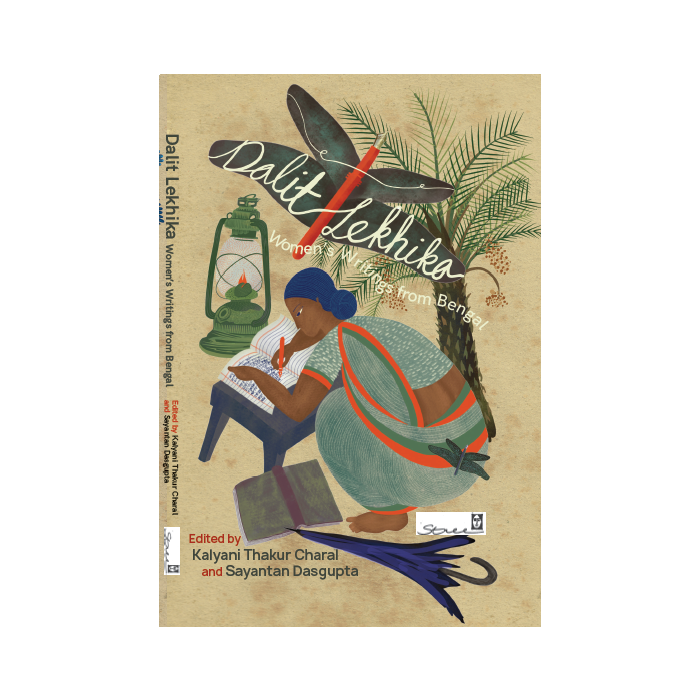