This book is an attempt at intimacy with B.R. Ambedkar in his hours away from history and headlines. The aim here is to recover the ephemera that attended Ambedkar’s life and died with him—his pleasure in his library and book-collecting, his vein of gruff humour, the sensation of seeing him in the flesh for the first time, or of stepping out of a summer storm into his house and hearing him at practice on his violin. Here, we have his attendants, admirers and companions speak of Ambedkar’s love of the sherwani, kurta, lungi, dhoti, and even his sudden paean to elasticated underpants. We meet Ambedkar the lover of dogs and outsize fountain pens, proponent of sex education and contraception, anti-prohibitionist teetotaler and occasional cook.

The fragments that make up this volume enable the recovery of his many facets—a rewarding biographical quest. 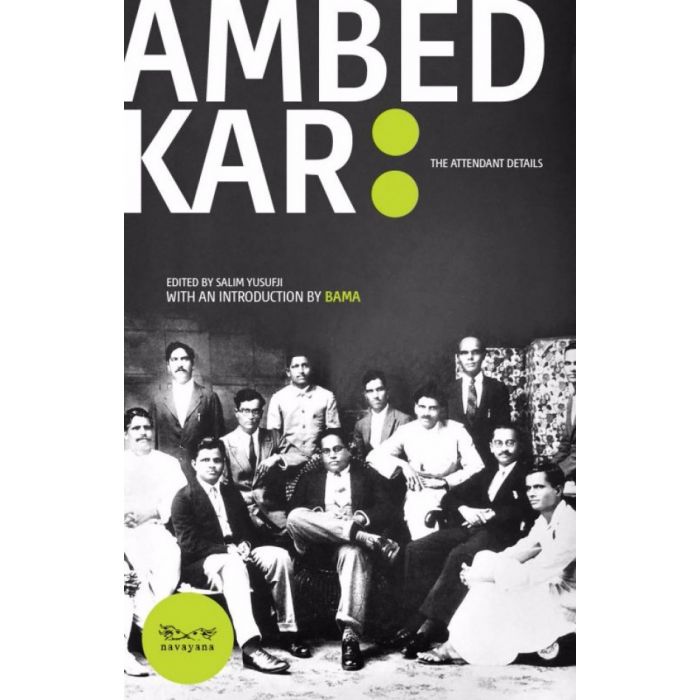 In Ambedkar: The Attendant Details, editor Salim Yusufji employs a rare combination of scholarship and sensitivity to paint a portrait of the mass leader as a man who was as vulnerable and bitter as anyone else, though, of course, redeemed by the extraordinary genius and fortitude that made him who he is. The organisation of the material, as Yusufji explains, aspires to the form of a “photographic album”, in which Ambedkar is resurrected, bit by bit, through the reminiscences of all those who knew him, either from a distance or intimately.—Huffington Post

When I get to read the accounts of those who lived with him, assisted him, those who saw him in the flesh and got to know him, those who had the fortune of listening to him speak and saw him eat, I swell with pride. We must both envy and thank those who had this fortune. Reading the various accounts in this book, we get to know about the rather ordinary pleasures this extraordinary dalit enjoyed.—Bama, in her Introduction, excerpted in The Hindu

In its shifting tones of respectful formality and candour, this collection shares the qualities of a photographic album: diffuse and discrete while appearing precise. Recording miscellany rather than proposing a concerted narrative, it captures its subject in the midst of workaday life. These verbal snapshots are the more necessary as Ambedkar was not photographed with the same zealous attention to minutiae paid to several of his prominent contemporaries.—Salim Yusufji, in his editorial Preface, excerpted in Hindustan Times