Mauryan India, as part of the People's History of India series, covers the period from about 350 BC to about 185 BC, thereby encompassing the invasion of Alexander (327-325 BC) and the history of the Mauryan Empire (c. 324-185 BC). There is a detailed account of the inscriptions of Ashoka and their significance. A picture of the economy, society and culture of the time follows, constructed out of the varied sources available, epigraphic, textual and archaeological. An effort is made throughout to keep the reader abreast of recent discoveries, and to share with them the reasons for all conclusions and inferences. There are special notes on Mauryan chronology, the date of the Arthashastra, the science of epigraphy, and the dialects of Ashokan Prakrit. As many as fifteen excerpts from Indian and Greek sources, including ten full edicts of Ashoka, are provided. There are nine maps (five of them exceptionally detailed) and twenty illustrations (black-and-white). The volume is addressed to both the general reader and the student, and attempts to cover all topics that conventional textbooks include besides much other material that a 'people's history' needs to be concerned with, such as economic life, technology, social structure, gender relations, modes of exploitation, language, varied aspects of culture, etc. It is hoped that it will be considered a readable addition to what has so far been written on the Mauryan Empire.

The late Vivekanand Jha was Director, Indian Council of Historical Research, and editor of the Indian Historical Review (20 vols, 1974-94), making it India's most substantive historical journal. He also edited Itihas (Hindi), Vols I-III (1992-94), and co-edited Indian Society: Historical Probings (1974), as well as the Journal of Studies on Ancient India (1998) of the World Association for Vedic Studies. One area of his scholarly interest was the early history of the Untouchables (the theme of his doctoral thesis, 1972), on which he published several papers. He also published studies of the Bhagavadgita. In 1990 he presided over the Ancient India section of the Indian History Congress. 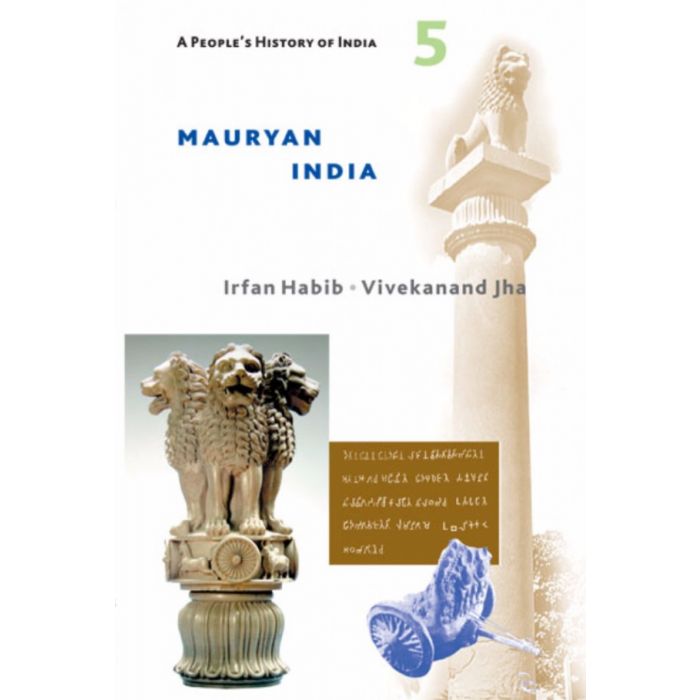